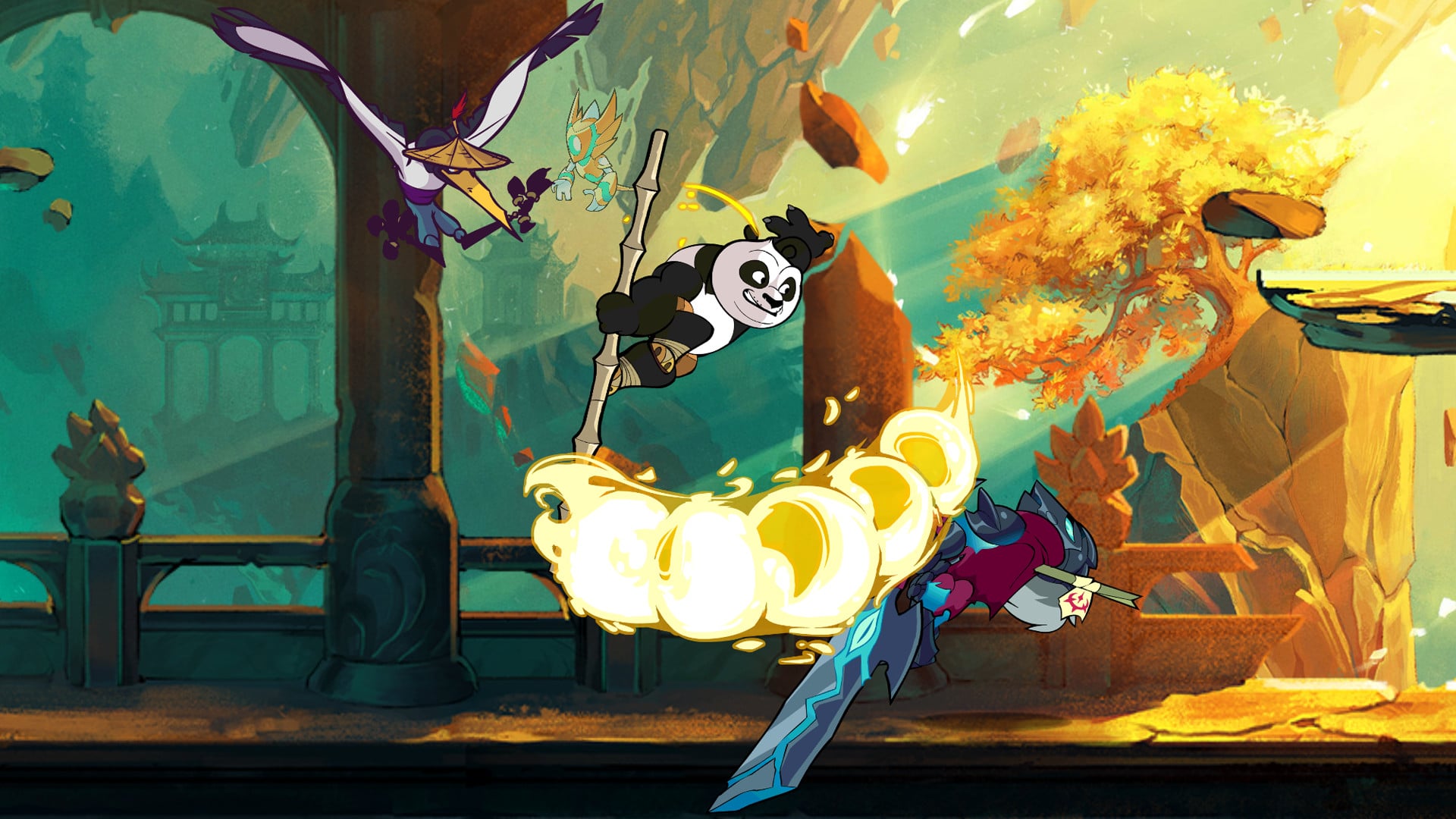 Ubisoft has released the Brawlhalla update 10.62 patch today, and this one is for Patch 6.06 which adds a plethora of new features! Check out the full Brawlhalla April 13 update patch notes below.

This brand new update brings the newest cosmetic items to Mallhalla, including for the first time ever new Emoji Skins! These are alternate Skins for Emojis that feature different Legends. Also check out the new Skin for Munin, a new Sidekick, Emote, and Avatars in Mallhalla! The most recent Legend, Arcadia, also has her price reduced to 5400 Gold.

We also added a few new Test Features, like reducing Wall Slips, adjustments to Dodge Cooldowns, and more. Additionally, players can preview a new Tournament Map set in the Experimental queue. The Directional Gravity Cancel window reduction has graduated from Test Features and is now in all queues!

Lastly, we’re featuring 1v1 Showdown as the Brawl of the Week, made a few game improvements, and updated the free-to-play Legend rotation.

Introducing new Emoji Skins! These are alternate Skins of the existing Emojis that feature different Legends. They can be purchased through Mallhalla under the “Emojis” tab. Once acquired, players can equip Emoji Skins in the Inventory through the new Emojis category. Once equipped, players can show them off in the Lobby and Scoreboard with the rest of their Emojis!

Spar with your opponent in this close combat 1v1 game mode! Unlock your inner awesomeness and fight to become the chosen one as you punch, kick, and fight. Watch out for the arrow and throwing star traps. First to 5 KOs wins, skadoosh!

The Experimental Queue’s map set has been updated as a preview of the new Tournament map set that will go live after the Mid-Season Championship. This proposed map set is also available in Custom Lobbies for Stock game modes, labeled as TournamentEXP in the Game Rules settings. We are aiming for a single map set for 1v1 and 2v2 tournaments, so be sure to give both modes a try in Custom Lobbies.

We’ve added condensed Weapon Spawn locations, adjusted Dodge Cooldowns, and reduced Wall Slip to Test Features. These can be played in the Experimental queue and any Custom Game with Test Features turned on. Share your feedback on our Twitter and Discord. For more information, visit brawlhalla.com/test-features.

We have condensed the locations of weapon spawns on maps in the Experimental Queue, bringing them lower to the ground and closer to center stage. This is intended to make stage control more valuable during a game, with fewer weapon spawns being in reach near walls or far above stage.

Many Signatures can use their significant animation time to stall off-stage for too long with a Gravity Cancel, so we are testing a feature that aims to level the playing field for most Signatures.

To further increase the power of stage control, we are testing a stricter version of the Wall Slip mechanic. Wall Slip will now trigger when a maximum of 9 jumps and/or Recovery attacks are performed without hitting or being hit by another player, instead of the normal value of 15. This maximum value is constant and does not change based on the number of times Wall Slip warnings have been triggered.

Train to become an elite soldier like Isaiah with the Shadow Ops bundle! This pack includes:

That’s it for this latest Brawlhalla patch. Stay tuned here at MP1st for future updates!