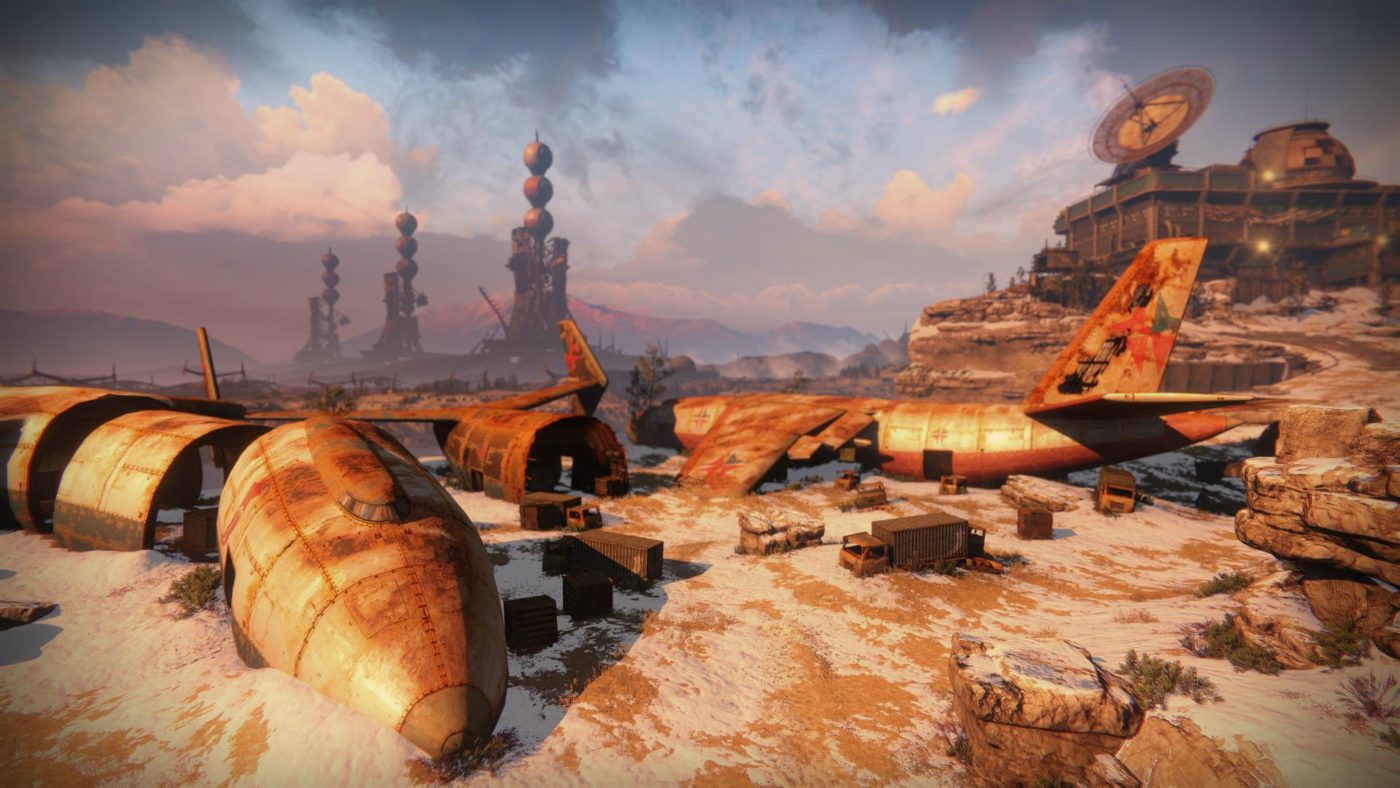 Destiny developer Bungie hopes to alleviate concerns over the game’s full offering of content, assuring fans that ‘Destiny is the biggest game the studio has ever made, by far.’

Yesterday, data-mined information from the now-closed Destiny beta lead to speculation that the final build of the game would include just over 30 story missions, over 20 strikes, 1 raid, and 4 explorable planets, among other activities. Bungie community manager David “DeeJ” Dague also confirmed on a live stream that all four planets (Earth, Earth’s Moon, Mars, and Venus) will only feature one explorable area each, just like Earth’s ‘Old Russia’ in the beta.

The incomplete list of activities is, by no means, any real indication of the final product, but the internet is the internet, and folks will jump to conclusions and get upset over the early info presented about the final build of Destiny.

Destiny’s pretty big. It’s the biggest game we’ve ever made, by far, and we’re sort of known for making games you can play for months, years, and even decades if you’re a little bit…dedicated. With Destiny, we’re looking to exceed what we’ve done before, not just in terms of scale – the Moon is our smallest destination – but in terms of scope and breadth of activities. That’s true for day one, as you expect, but it also means we want Destiny to have super long legs. If we’re fortunate enough to have you playing months after launch, you still find lots of compelling stuff to do. That will manifest itself in a myriad of ways, from straight up content to cool activities we’ve yet to show off.We think we did a decent job supporting Halo, post launch, but we were only ever able to cater to the competitive set. That left a lot of players out in the cold. That made a lot of the team grumpy. We wanted to do better. So, Destiny is philosophically built support every type of player, and all modes with ongoing activities and events. We look at it quite a bit like television programming, as opposed to a singular film, as we had in the past. We think it’s gonna be pretty great, but we wanted to test out a bunch of our new stuff with Beta, to make sure we could flip knobs and levers live, reacting and responding with lots (and, ho boy, did we see LOTS) of players online and playing.Beta was water wings. Level 8 is nothing. You barely scratched the surface, and it seems like some folks had fun with what was there. If you did, good news. More soon.

Our advice: Hold off on any speculation until after reading reviews or seeing the game with your own eyes. While we wait to find out what exactly Destiny has to offer when it launches this September 9, tell us in the comments what you liked the most about the Beta!

The Last of Us: Remastered 30 Vs. 60 FPS Post Patch Screenshots Leaked