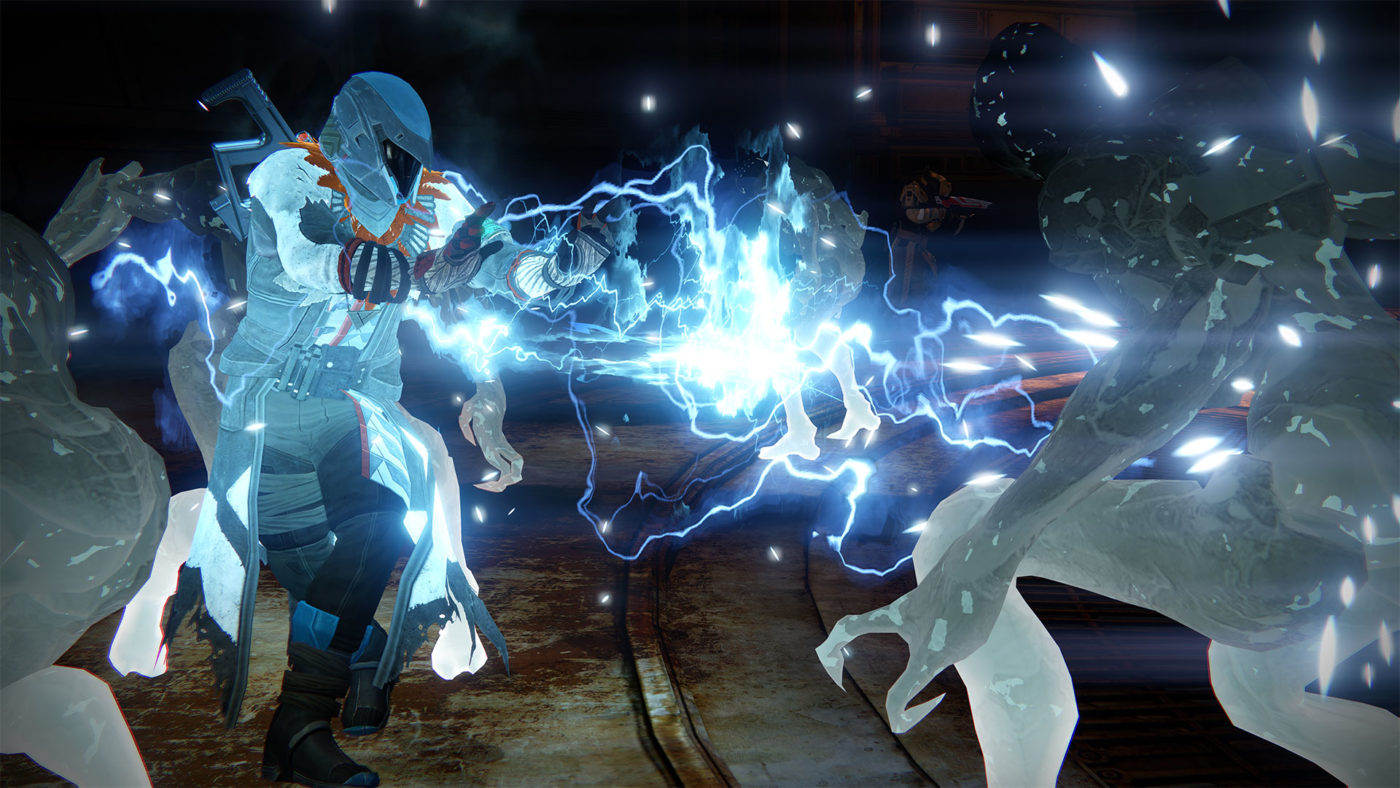 Notes from Bungie’s latest Weekly Update reveal more rewards for veteran Destiny players and describes what lies ahead between now and the launch of Destiny’s The Taken King DLC on September 15.

Last week, the studio revealed a set of rewards, including a shader, emblem, and Sparrow, that will be awarded to anyone who has achieved Light Level 30 or has already purchased Expansion I and II when The Taken King launches. This Bungie Day, which is July 7, the studio also says it will also “have some celebrations of the awesome stuff you’ve done this past year, along with some invitations for how you can express yourselves.” In addition, Veterans will learn how they can achieve “exclusive legendary status” with this new emblem:

According to Bungie, it’s been something the studio has been working on for a while and “your own triumphs are the crucial ingredient.”

Looking forward, between now and September 15, the studio says it will begin offering updates on a number of elements that are important to the Destiny community, including weapon rebalancing, economy improvements, an overhauled quest experience, bounty enhancements, faction allegiances, end game content, and more.

As for September 14, Community Manager David “DeeJ” Dague clarified exactly what you’ll be getting with Destiny’s $40 expansion, The Taken King, calling it “more than DLC – it’s a game.” Have a look:

You can learn more about The Taken King and see some of it in action in this Developer Diary from Bungie.