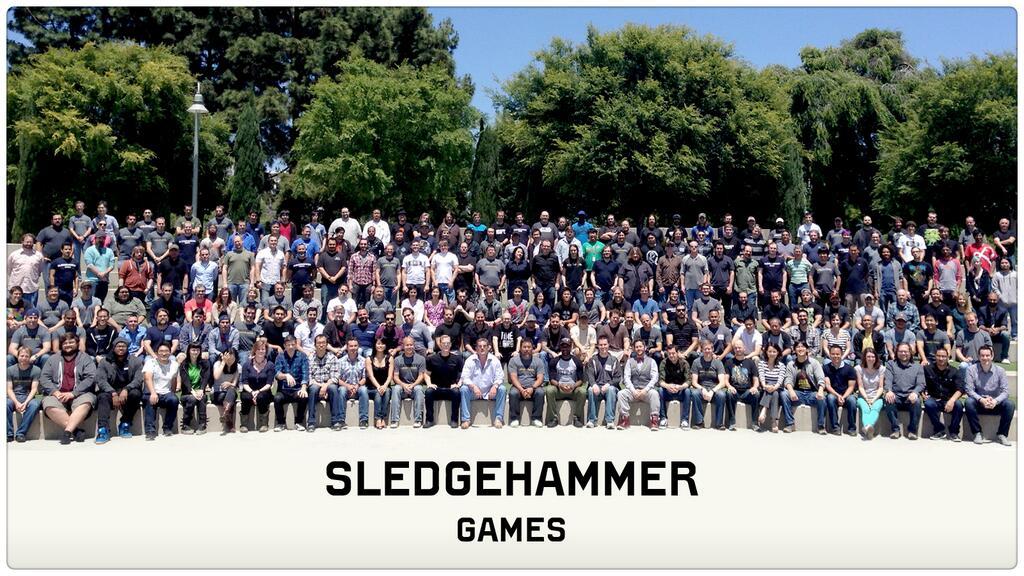 Call of Duty: Advanced Warfare developer Sledgehammer Games is celebrating its 5th year as an independent developer with publishing partner Activision this week.

Sledgehammer Games kicked off its Call of Duty career when co-founders Glen Schofield and Michael Condrey began work on a third-person Call of Duty title set in the Vietnam era that was more in-tune with their previous work on the Dead Space series at Visceral Games. It was eventually put aside when the studio was called upon to assist developer Infinity Ward in the completion of 2011’s Call of Duty: Modern Warfare 3.

Having made a name for themselves, Schofield and Condrey were eventually asked to lead the charge on their very own first-person Call of Duty project, officially moving the series to a three-year development cycle with partner Call of Duty studios, Infinity Ward and Treyarch.

We got a good look at their work during E3 2014 when the studio debuted the first Call of Duty: Advanced Warfare gameplay trailer. Now, fans anxiously await the reveal of Advanced Warfare’s highly anticipated multiplayer.

Schofield and Condrey posted this note on the studio’s official website:

Today, we celebrate our 5-year anniversary as an independent development studio with our publishing partner Activision. From the beginning, we’ve set out to create a unique studio founded on the values of hard work, transparency, and a culture that empowers developers to do the best work of their careers. From day one, we set a singular goal – to achieve excellence in everything we do.

We’ve had the chance to build our team from the ground up, hire the very best developers in the industry, and work on some of the biggest games in our industry. In 2011, we co-developed Call of Duty: Modern Warfare 3, a game that went on to become one of the largest entertainment releases of all time and winning 2011 Action Game of the Year.

Since that time, our team has been heads down, hard at work on our next project: Call of Duty: Advanced Warfare – a true next-generation Call of Duty experience that signifies a new era for the franchise.

Declaring this week “HammerWeek,” the studio has scheduled a few activities to look out for this Monday through Friday, including a special “surprise” this Thursday, July 24.

What do you think this surprise could be?

Check Out Destiny Running on the Xbox One, Beta Returns July 23 After Two Days of Maintenance