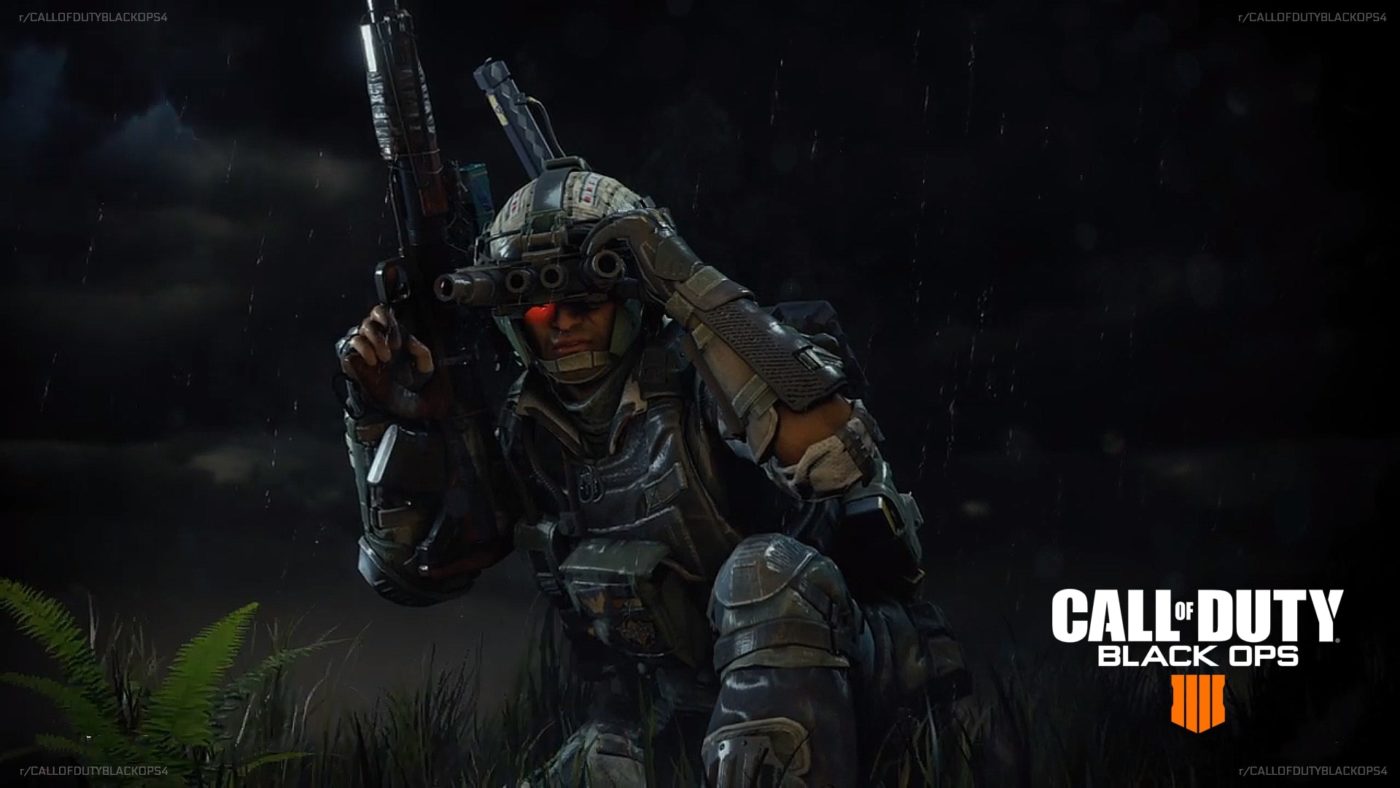 Call of Duty: Black Ops 4 Most Popular Specialist Is Recon According to Treyarch

If you regularly play Call of Duty: Black Ops 4, and I asked you which Specialist is the most popular, chances are you’d say Ajax, Battery, Nomad or someone else that will easily get you kills, right? Well, it seems we’re wrong! Oh, so wrong!

According to Treyarch, the Black Ops 4 most popular Specialist is none other than Recon! Yes, the sensor dart throwing dude is the most used — believe it or not! If you boot up Black Ops 4 now, you’ll see the image below. 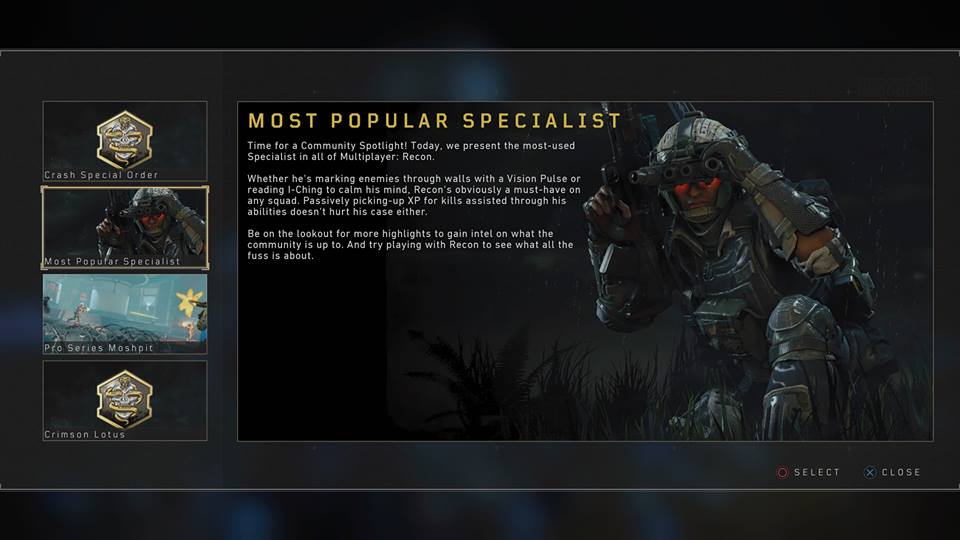 Time for a community spotlight! Today, we present the most-used Specialist in all of multiplayer: Recon.

Whether he’s marking enemies though walls with a Vision Pulse or reading I-Ching to calm his mind, Recon’s obviously a must-have on any squad. Passively picking-up XP for kills assisted through his abilities doesn’t hurt his case either.

Be on the lookout for more highlights to tain intel on what the community is up to. And try playing with Recon to see what all the fuss is about.

I’m sure Treyarch has data to back this up, but as someone who plays a ton of multiplayer, I still don’t believe Recon is the most popular Specialist given I see Prophet, Battery and the rest way more often.

Do you believe that Recon is the most popular Black Ops 4 Specialist in multiplayer? If not, who’s your pick?

Speaking of Specialists, go read up on our feature regarding Specialist spam and why it’s a problem that won’t be resolved anytime soon.