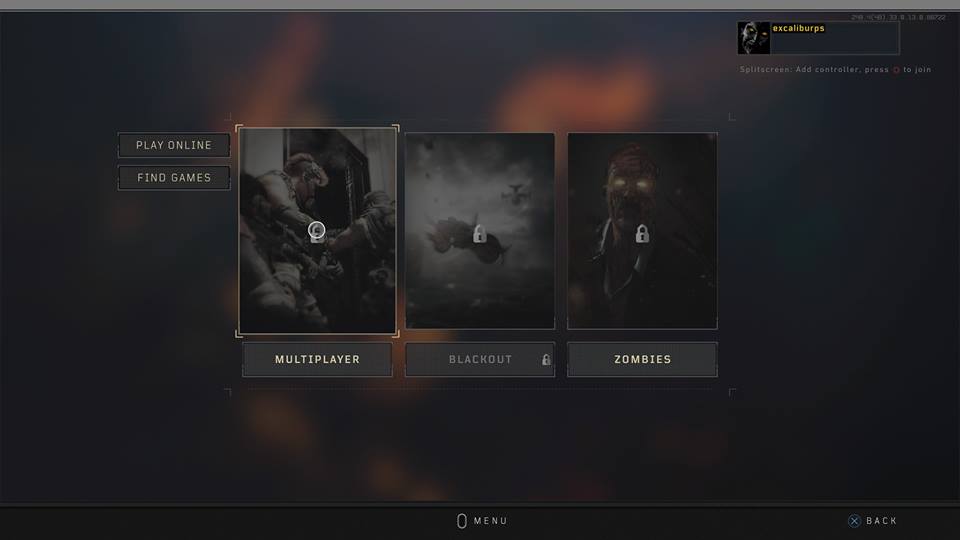 Call of Duty: Black Ops 4 Down and Servers Are Out

It seems there’s an issue with Call of Duty: Black Ops 4, as the servers seem to be not working. Yes, multiplayer fans, Black Ops 4 down for undisclosed reasons. While I can confirm it’s happening currently on the PS4, it might be happening the same on PC and Xbox One.

Oddly enough, the Activision Support site mentions that all three versions of Black Ops 4 is working properly. The official Treyarch Twitter makes no mention of it as well. But a quick hop on the Black Ops 4 subreddit will show that it is indeed happening to a lot of people. You’ll see all the menus grayed out like in the image above.

Is this tied in to another network configuration update? Given that Treyarch has publicly mentioned that it will make changes when it was revealed that the Black Ops 4 servers were running at just 20hz tick rates, compared to the Black Ops 4 beta’s 60hz tick rate.

In the meantime, go check out our review of Black Ops 4, we also wrote a feature on the top five best guns in the game currently, which might be obsolete once Treyarch does a weapon tuning pass this coming week.

Is Black Ops 4 working for you? Share your thoughts in the comments below.