Infinity Ward has rolled out a new patch for Call of Duty: Ghosts on Xbox One.

The update weighs in at little over 2GB for Xbox One (around 250MB for Xbox 360), adding a brand new “loadout generator”, along with spicing up the game’s multiplayer menu with a new background tune. It also adds some of the new SMG “buffs” that we detailed earlier. Keep your eyes peeled for full patch notes that we’ll have up once they become available.

Here are a few screenshots of the new loadout generator and Extinction’s new ‘Teeth’ System, courtesy of WePlayCod and FlammenwerferIV, respectively: 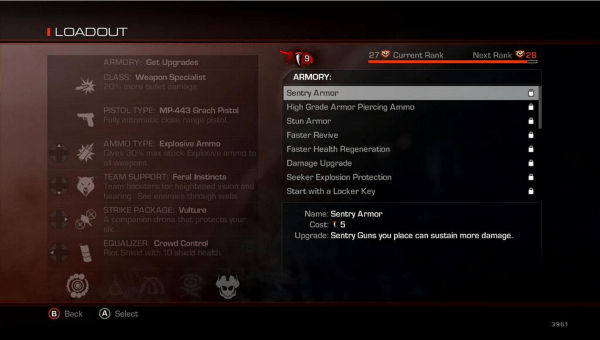 You can catch our video preview for Call of Duty: Ghosts Devastation pack through here. Also, Xbox One and Xbox 360 players will earn double XP on Extinction this weekend to celebrate the DLC launch.