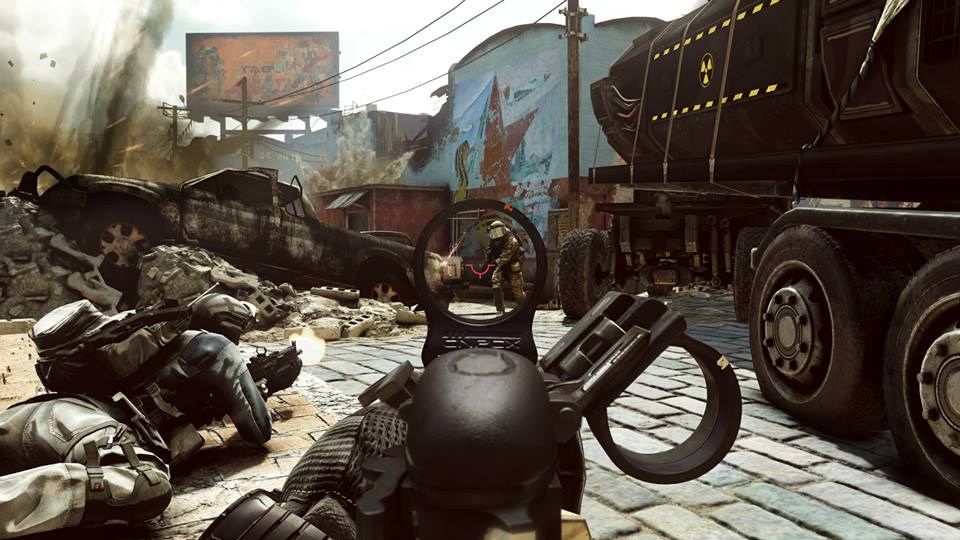 Developer Infinity Ward is introducing a few new alterations to the way Killstreak rewards are earned in Call of Duty: Ghosts.

In Ghosts, Killstreak points are traditionally accumulated through racking up a kill count – the more kills you earn in one life, the more points you earn towards your next Killstreak reward, depending on your chosen Strike Package.

It now appears that the studio has altered Ghosts’ Killstreak system to behave more similar to the set up used Treyarch’s Call of Duty: Black Ops 2, where rewards are earned through accumulating points, not just kills. Hence, the name: Pointstreaks.

Through a bit of testing on the Xbox One, we’ve noticed that players are now earning points that build up towards their next Killstreak reward for completing certain in-game actions. That means actions like capturing a Domination point or collecting a tag in Kill Confirmed, in addition to killing enemies, will help you earn your next Killstreak reward quicker.

Allegedly, the tweak was introduced via a “ninja” update – an update or line of patch note that you probably didn’t know about – that, according to one Infinity Ward developer, we will learn more about soon. “A formal announcement is coming,” says multiplayer designer Joe Cecot.

Have you tried out the new “ninja” update? What do you think of the new Killstreak tweaks?

You’ll find the official details below. According to Infinity Ward, the alteration was made to “promote objective play”.

You can catch the patch notes for Call of Duty: Ghosts’ latest title update right here.