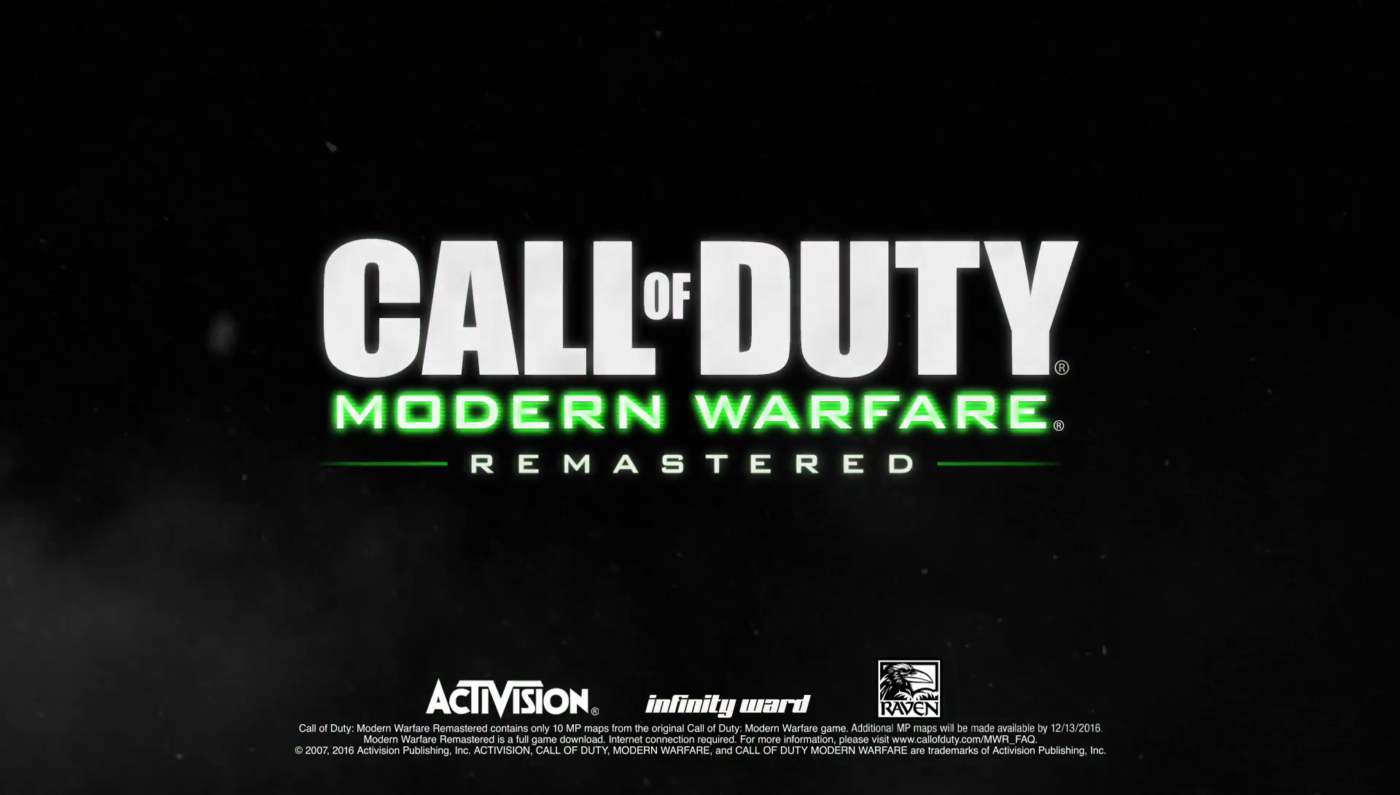 With an ever growing list of games dropping new content this upcoming Tuesday just in time before the big holiday rush, you can now add another title to that list thanks to the latest trailer that went live for Call Of Duty: Modern Warfare Remastered.

That details the new content that will be available for free such as Hardpoint and Gun Game being added as new game modes and six more maps from the original title.  Which is none other than Bloc, Countdown, Pipeline, Showdown, Strike and Wet Works.

You can watch the trailer above to see the maps being showcased for the first time on the current gen systems.

Additionally, it also seems that the winter Crash map that was previously exclusive to the PC port of the original title is indeed coming to all three platforms if the last second tease is anything to go by.

Call Of Duty: Modern Warfare Remastered is only available for those who purchased the Legacy, Digital Deluxe, or Legacy Pro editions of Call of Duty: Infinite Warfare.