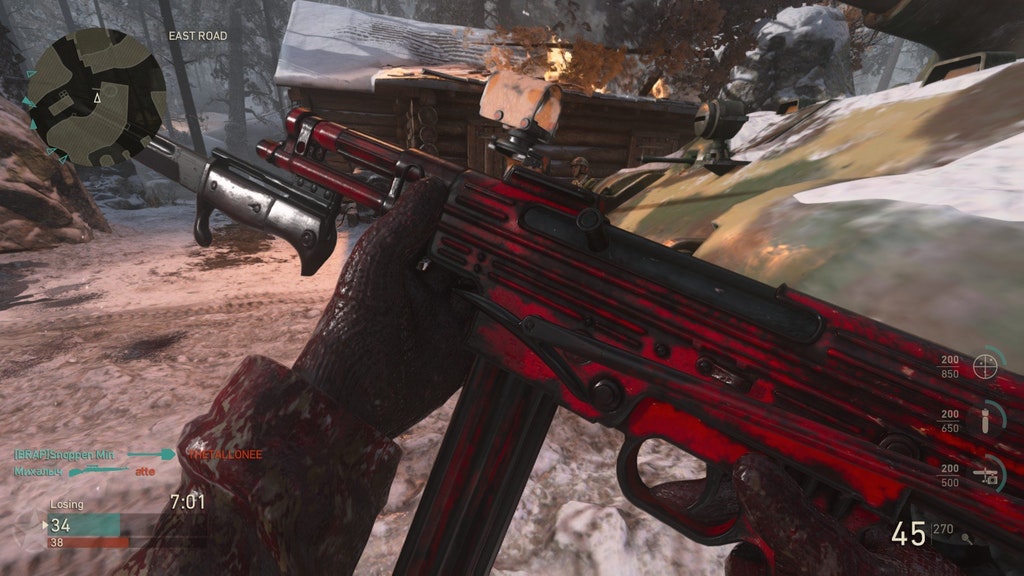 Call of Duty: WWII has its fair share of weapon camos that can be earned by completing various objectives. However, there is one weapon camo that seems to have made its way into the game accidentally that has an intended side effect.

For those playing the game, there’s a neat little glitch that makes your weapon covered in blood and it looks fantastic! Don’t believe me? Check out the image above (courtesy of Reddit user vikkxd). It’s being called the “all-black” camo, and people are clamoring for it to be an official weapon camo in COD: WWII!

Thankfully, Sledgehammer Games made a resolution to listen to the community, and have confirmed that they are discussing it internally about including it in!

Comment from discussion Yet another post in favour of adding the glitched black camo. This is the Domino II Sawn-off..

Thanks for posting! We are looking into the issue that is causing this to occur. But since we’ve seen quite a few posts now in favor of this look, we are also discussing with teams internally about an all-black camo.

For now, the only way to get this bloods soaked weapon “camo” is by using assault rifles, and bayonet charging enemies. Once you die, it’ll be back to its usual, clean self, though.

In other Call of Duty: WWII news, health regen has been confirmed to be getting a buff! There’s also a weapon tuning update set to drop tomorrow.

New Shooter Based on Alien Franchise Is Being Made by Fox

This Titanfall 2 Mod Is Both Awesome and Highly Inefficient