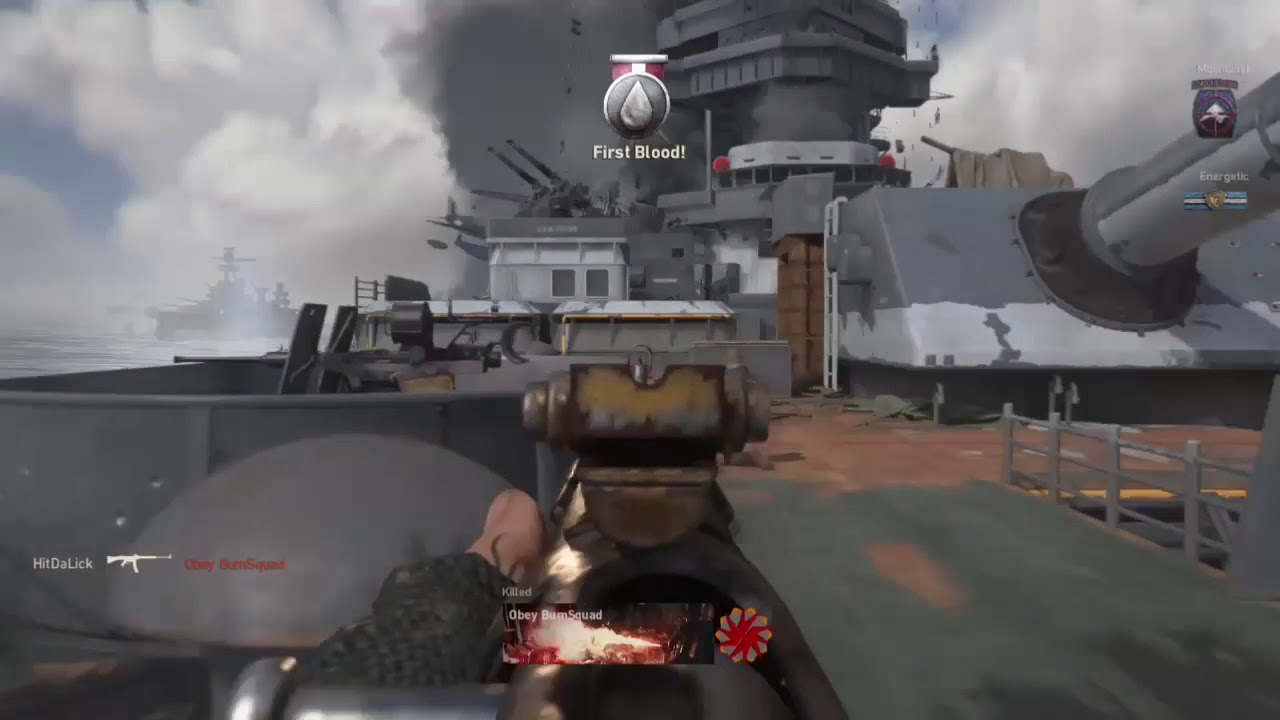 First off, the weapon tuning update will be rolled out this coming Thursday, though it wasn’t specified whether it’ll be a game patch or as a playlist update. There’s also a “big” patch that’s now being reviewed for certification as well, which is set to drop later this month.

Sledgehammer is also asking for feedback on scorestreaks and how best to tweak it. Do players want a buff on the overall ‘streaks? Maybe make ’em cheaper? They want to know your input.

Call of Duty: WWII, The Week Ahead from WWII

Last week, I shared a lot of context around things in flight, as well as decisions we’d made leading to the game’s launch. Some of that context was well received, some got me shot full of holes. While it comes with the territory, I suppose, it still gave me pause on how much, and when, to share.

My ask this week is that r/WWII exercises positive intent when reading these posts. The dev team at SHG is so incredibly passionate about this game, and wants nothing more than to thrill fans. We’re working as hard as ever to improve the game, and address issues. With millions and millions of people playing everyday, it’s a tight rope on balancing game feedback – the community doesn’t always agree with us, you don’t always agree with each other, and we don’t always agree with each other inside the studio. Yet, I can assure you we all want the same thing, for WWII to be the best experience for fans everyday.

On deck this week are some weapon tuning changes to improve balance across all weapon classes. Small change can have big impacts, so we’re being very careful to test and measure internally before pushing live. We suspect an update by Thursday, and will share the specific changes then.

We’re also looking into score streak tuning this week. There’s great dialog and healthy debate in the studio about strength vs cost of our streaks. Do we buff the strengths? Do we lower the costs? Both? Similar to weapon balance above, small changes can have big impacts, so we want to be careful. Everyone loves earning streaks, but no one loves being in a match that’s getting streak spammed by the enemy team.

Now is a good time to discuss this topic with you. We’ve already gathered a lot of score streak feedback and match data, but we’d love to hear a focused dialog on the changes you might want to see. As always, please keep it constructive.

There is a new game update sitting with our first party partners awaiting approval for release later this month. It includes a ton of new content and game features, as well as a long list of fixes and improvement. We’ll have more to share as we get closer to release, so be sure to stay tuned to the @SHGames channels for details and news.

See you on the other side, – Condrey

If you have a Reddit account, I suggest posting your feedback there, or if you’re on Twitter, hit the studio up, or poke the bear himself, Michael Condrey.

How do you think should Sledgehammer tackle scorestreak buffs? Personally, I’d make them a wee bit cheaper though not too much.

World of Warcraft Patch 7.3.5 Rolled Out by Blizzard, Here’s the Changes