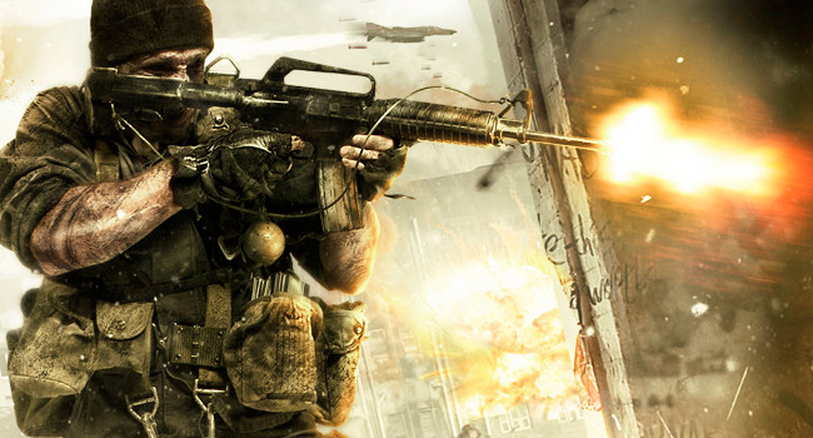 As fans dig deeper into the ongoing Call of Duty 2015 viral videos teased by Activision, new discoveries are beginning to at least narrow down the possibilities with regards to the game’s setting or story.

Having a looking at some of the clues offered thus far in Activision’s Snapchat teasers, a rough pattern can be noticed, one that links to the United States Army’s 101st Airborne Division, aka the “Screaming Eagles”, which originally began operations in 1942.

As fans have already determined, the helicopter briefly shown in Activision’s second teaser is quite clearly the Sikorsky UH-60 Blackhawk, which was first piloted by members of the 101st Combat Aviation Brigade in 1979. Another reddit user pointed out that the snow-covered hill, also in Activision’s second teaser, looks awfully similar to the Ardennes Forest, a region that spans parts of France and Germany, but mostly Luxembourg and Belgium. The Ardennes region became home to the Battle of the Bulge that began in December, 1944, a battle the 101st Airborne Division was involved in around the city of Bastogne.

UPDATE 1: Activision’s latest Snapchat teaser, as of this Tuesday evening on April 7, makes mention of a “frozen forest,” likely referencing the Ardennes Forest and the Battle of the Bulge once again.

The 101st Airborne Division is mostly noted for its involvement in World War 2 — the D-Day landings and airborne jumps, Operation Market Garden, the liberation of the Netherlands, Battle of the Bulge — as well as the fight for Hamburger Hill during the Vietnam War. It wasn’t until after 1974 when it became an air assault division that the 101st would begin piloting helicopters. Most recently, the 101st served in Iraq and Afghanistan.

But enough of the Wikipedia-inspired history lesson. How does the 101st potentially tie in to Call of Duty 2015, or what many are anticipating to be Call of Duty: Black Ops 3?

Here’s the kicker. As YouTuber TheGameWarrior pointed out, voice actor James C. Burns, who voices Black Ops 1 and Black Ops 2 protagonist Sgt. Frank Woods, can be seen wearing the the 101st Airborne Division logo on his cap in two of his most recent videos. Clearly, between these teasers and Burns’ videos, at least some measure of emphasis is being placed on the 101st. We’re just not exactly sure where Activision is trying to lead us on this one.

Activity picked up on Burns’ YouTube channel just over one week ago with this video:

In another video, Burns mentions that he “will be talking about the next Call of Duty game in whatever limited fashion [he] can” in his upcoming videos, which appears to confirm his involvement in the upcoming game being developed by Treyarch. We reached out to Activision for comment and will update you with what we might find out.

Expect more details as we inch closer to Call of Duty 2015’s official reveal, likely to take place early May.