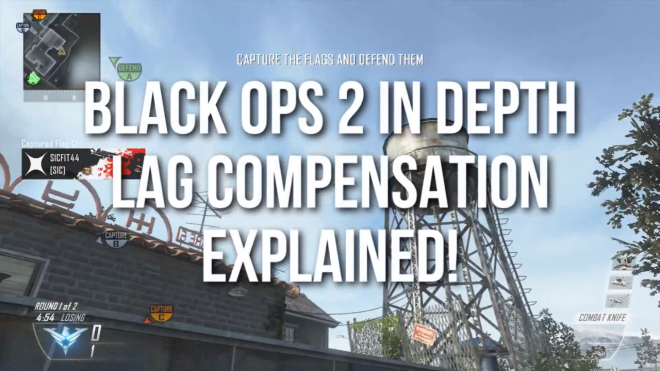 By now, you’ve probably heard of a little thing called “lag comp,” the embodiment of evil that is supposedly at the source of all your Call of Duty: Black Ops 2 woes, the sort of thing makes up the bulk of topics discussed in the comment section of articles like this.

Lag is certainly a part of Call of Duty, or any multiplayer game, for that matter. While its severity ranges from minor to desk flipping-ly awful, it’s here to stay and will always be a part of online gaming, for the time being.

There are, however, a lot of misconceptions surrounding what “lag comp” actually is, or how lag affects a game like Black Ops 2. Obviously, it’s super easy to get frustrated by it and to let it ruin your day, so perhaps getting it to know it better might alleviate some of the stress you may or may not be enduring.

Thankfully, YouTube personality Drift0r has a few eye-opening thoughts and findings to share that, while might not solve all or any of your problems, will at least give you a better picture of the sort of technical troubles video game developers like Treyarch have to deal with in order to keep a game like Black Ops 2 online.

Many of his findings are a result of experiments and tests, as well as personal exchanges with Treyarch developers. Side note: I can confirm his conversation with Treyach dev Alex Conserva as I too was present.


Check out the video below and let us if you picked up anything new or if it happened to change your perspective on lag and “lag comp” in Black Ops 2.

Drift0r has published a follow up to his previous video, detailing what sort of things you can do to help deal with lag in Black Ops 2.