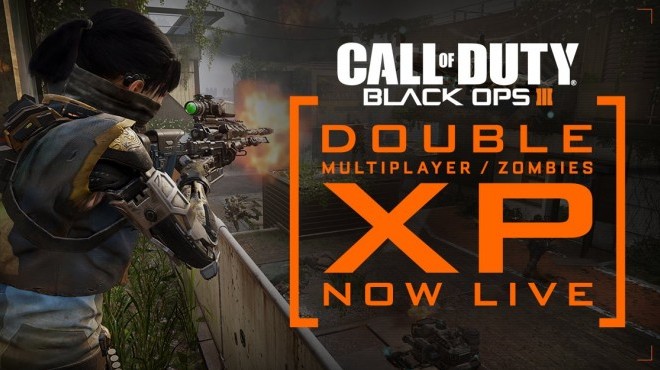 Both Treyarch and Sledgehammer Games are hitting the Double XP switch for their respective games this weekend.

Starting today, players can earn Double XP across Call of Duty: Black Ops 3’s multiplayer and zombies modes on all platforms until this Monday, February 29, at 10am PST / 1pm EST. 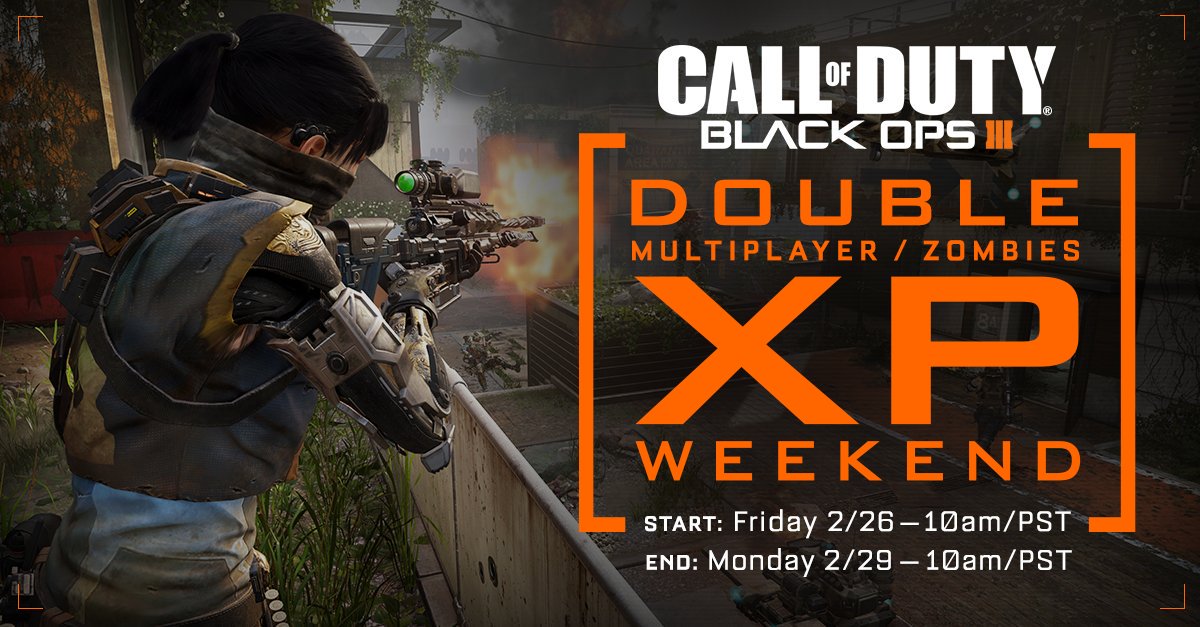 Meanwhile, Double XP is on for Call of Duty: Advanced Warfare multiplayer on all platforms until this Monday, February 29, at 9am PST / 12pm EST, ending one hour sooner. 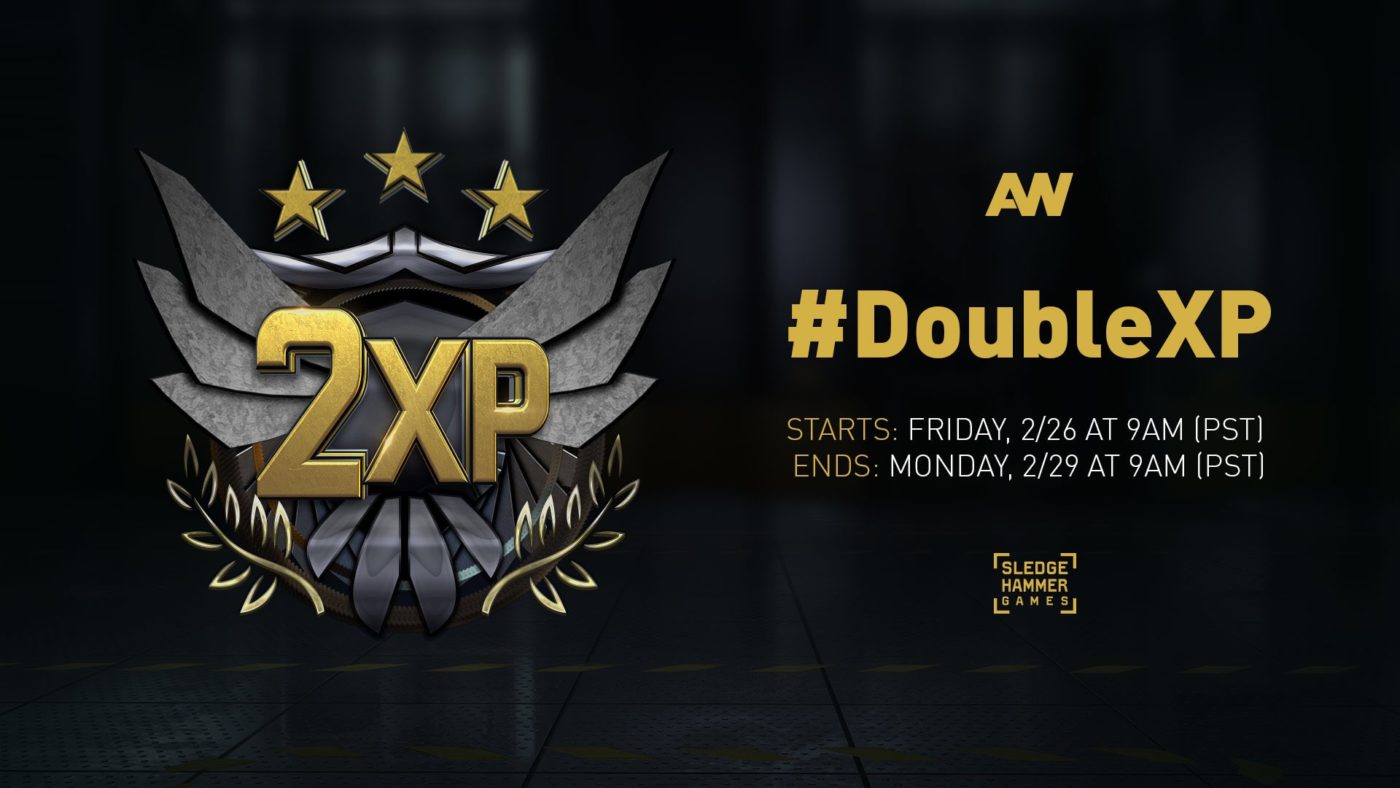 So, if you still have any Prestige levels left unfinished from last year’s Call of Duty, this weekend might be the time to get ’em done.

On Steam, PC users can also pick up the Multiplayer Starter Pack for Call of Duty: Black Ops 3 free this weekend while also taking advantage of Double XP. Normally $14.99 USD, the Multiplayer Starter Pack offers unlimited access to Black Ops 3 multiplayer, including the Weapon Paint Shop, Gunsmith, Arena, Freerun, Theater, and Black Market features. There are a few restrictions, however, which you can read more about in our previous report. If you miss out on the free weekend, you can still pick up the multiplayer-only version of Black Ops 3 on Steam until February 29.

Lastly, the full game itself is also 33% off on Steam until this Monday morning.