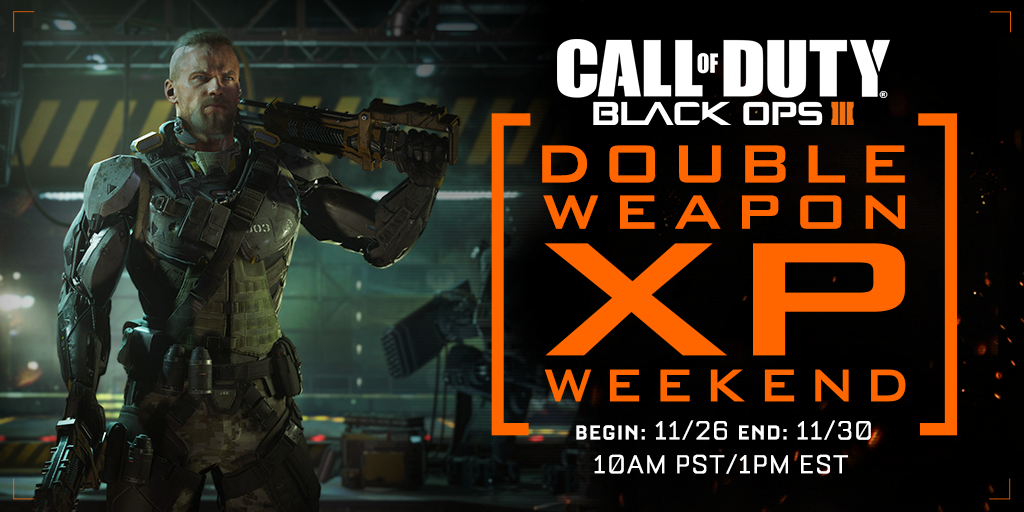 Hot on the heels of Call of Duty: Black Ops 3’s first Double XP event, Treyarch has announced more to come this upcoming weekend, this time in the form of Double Weapon XP.

The boost in XP should help unlock those weapon attachments even faster and give you a little nudge in getting your Weapon Prestige levels sooner.

What weapons are you looking forward to ranking up this weekend?