Starting tomorrow, Call of Duty: Black Ops 4 players will be treated to the new Operation hitting the game called Apocalypse Z. While we’ve already seen gameplay footage of the upcoming new season that promises to bring a ton of new stuff to the shooter, Treyarch has now outlined the Black Ops 4 Apocalypse Z content in every specific mode.

For a quick look at what’s coming, check out the image below. 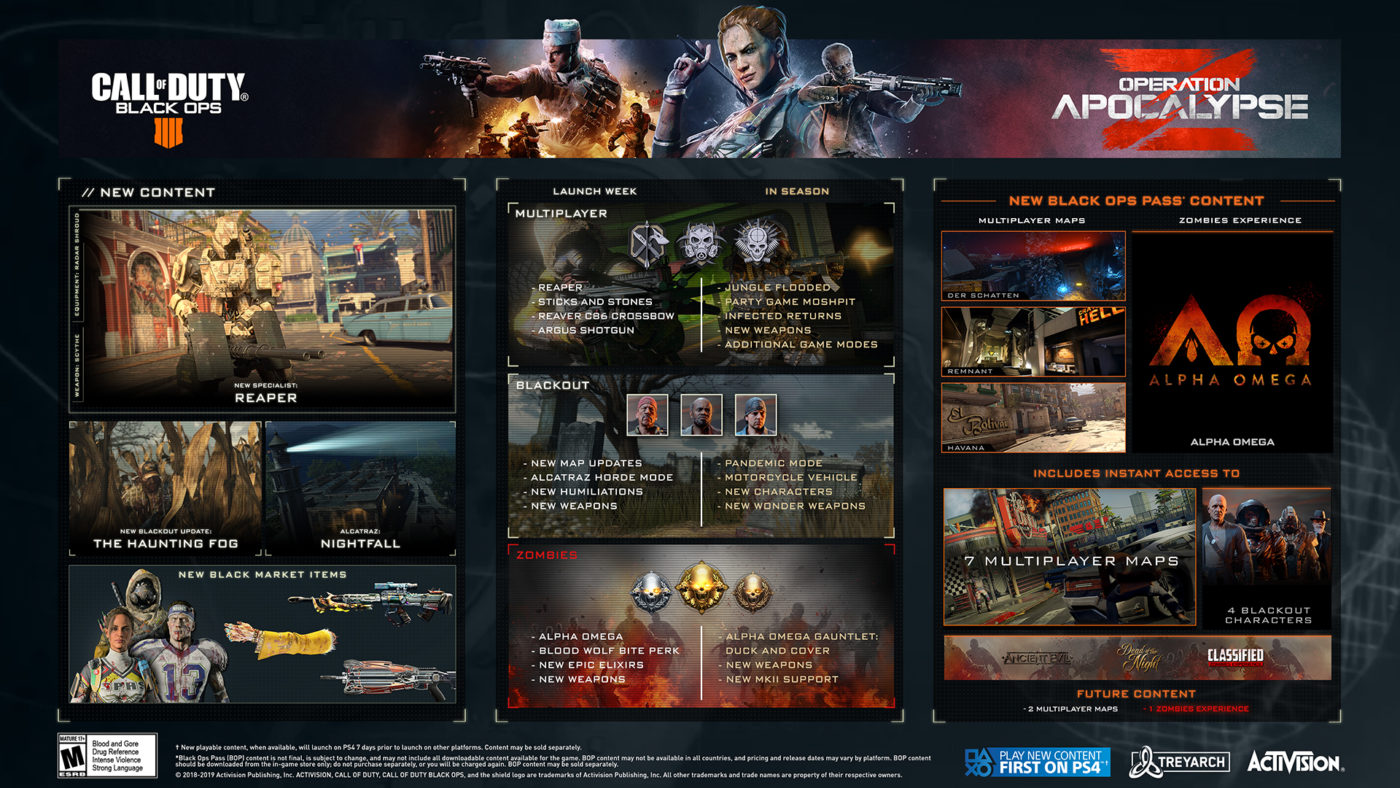 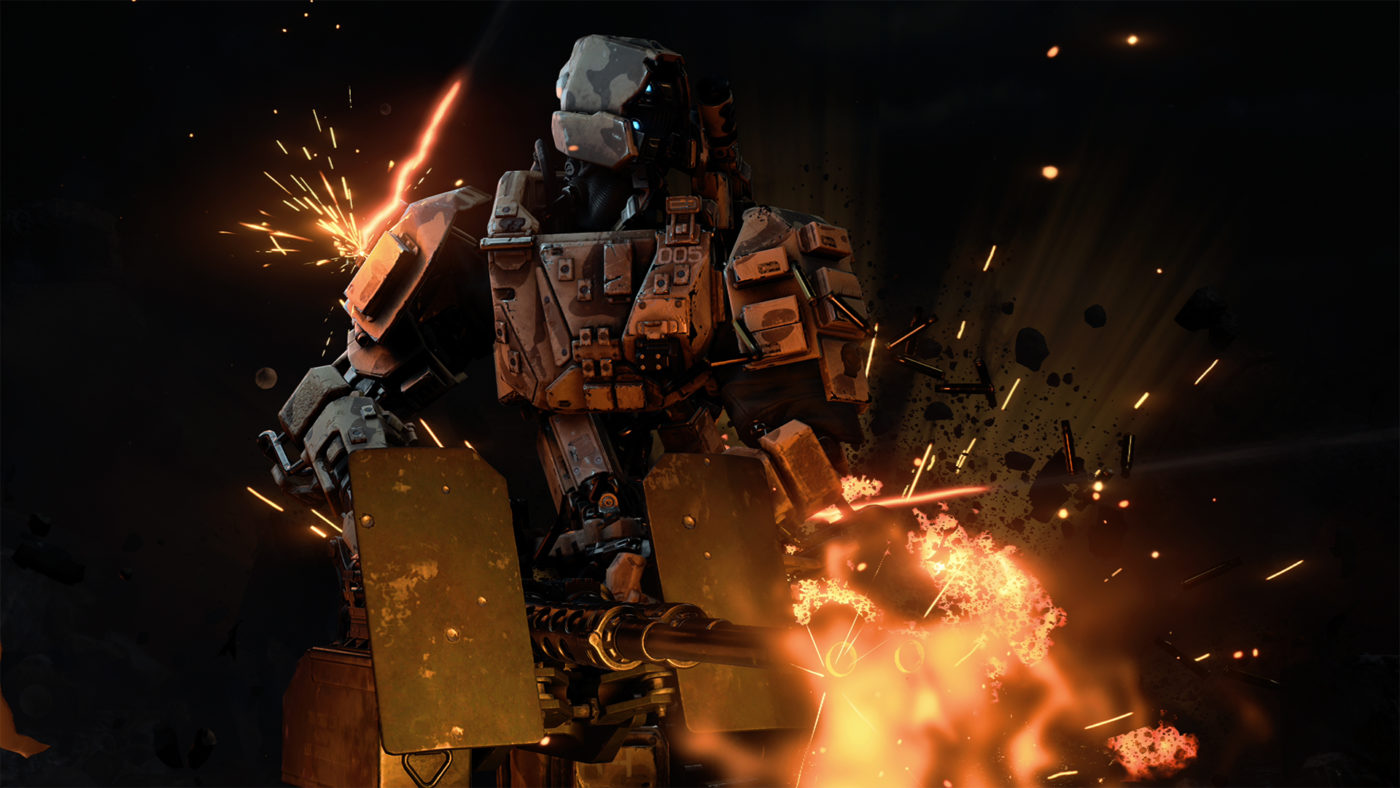 Reaper is a heavily armed robotic Specialist that utilizes explosive firepower to gain the upper hand. Reaper’s Special Issue Weaponry is the Scythe – a high-damage machine gun with explosive rounds and a fast fire rate that also inflicts a suppression status effect to nearby enemies. Reaper’s Special Issue Equipment, the Radar Shroud, is a deployable jamming device that conceals an area on enemy mini-maps. This equipment allows Reaper and his teammates to operate undetected within the Shroud’s radius. Reaper is available at Tier 1 of the Operation, and will be playable in Multiplayer once unlocked.

New Multiplayer weapons in the Black Market this Operation include:

For Black Ops Pass owners, there will be three multiplayer maps and a new Zombie experience coming for you. Same as before, a dedicated Map Pack Moshpit will be rolled out as one of the featured playlists, and the maps will be part of the regular rotation in Core and Hardcore.

For the full details on the maps, Zombies (Alpha Omega) and more, check ’em out here.