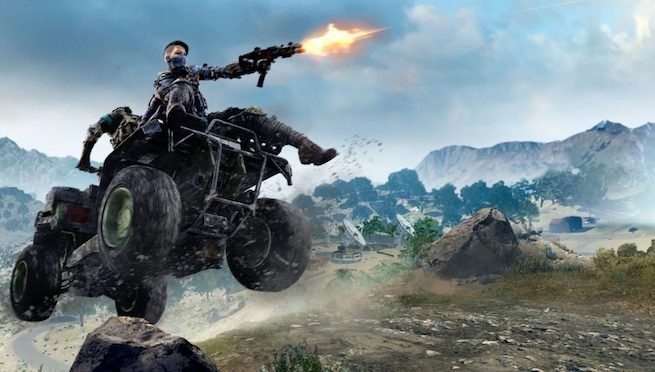 With the Call of Duty: Black Ops 4 Blackout beta finally coming to a close, Treyarch has now listed the biggest feedback items that the community has been asking about, and even gave an explanation into what the studio is doing to improve the game’s battle royale mode.

Without further ado, here are the Black Ops 4 Blackout beta changes based on community feedback.

Armor’s role in Blackout is inherently unique compared to its role in MP. You only live once in Blackout, and you’re rewarded for scavenging in areas that often put you in perilous positions, especially as the Collapse gets smaller in the late game. For this and other reasons, we’ve been cautious about making sweeping changes to the way Armor works, though we’ve made some tweaks during the Beta and continue to evaluate how Armor will work at launch.

Every Item in the game, from Armor to Weapons to Perks, is constantly re-evaluated to ensure they fit in the correct place in the game’s meta. You can expect Armor to be tuned multiple times as the game, and the gameplay content, evolves over time.

Some changes to Armor since the start of the Beta include:

We saw several reports of footsteps sounding louder or quieter than expected, and not always being able to tell the direction enemies were coming from. Others reported an uneven balance of footstep volume between teammates and enemies. We’re on it. Improvements to how audio will work at launch include:

On the first day of the Beta, the community almost unanimously asked for faster Item pickups. As a result, we made pickup speed as fast as possible while still protecting players from accidentally picking up an Item when attempting to reload.

Console players have asked for an option in Settings to allow them to tap a button to instantly pick up an Item. We like this idea a lot, and want to be sure we get it right and test it thoroughly.

The Quick Equip menu can be fantastic for making Inventory adjustments quickly, but could also get in the way of picking up Items, opening doors, or entering vehicles. We adjusted the Quick Equip menu so it automatically closes after a few seconds with no interactions. We are also looking into the feasibility of closing the Quick Equip menu if the player performs other actions such as firing a weapon, changing stance, starting a Sprint, etc.

We’ve already improved the proximity and height at which you can interact with Items on the ground so you don’t have to look down at that Item so precisely. It’s being tested now and is very likely to be in when the game comes out.

Last but not least, we are creating designs for other “quality of life” improvements to these very important game systems including, but not limited to:

We saw some reports of screen tearing and choppiness when playing in Quads on Xbox One, and we’re investigating. There are two specific issues that we have pinpointed on Xbox One that will be fixed for launch:

Treyarch is still asking fans to offer feedback on the game’s weapons, inventory management and more.