As day two of the Call of Duty Championship 2015 concludes, only three of the sixteen teams that survived day one’s playoffs remain, awaiting to decide the ultimate winner of Call of Duty’s biggest tournament of the year in day three.

Below are the current placings of the Call of Duty Championship 2015 heading into day three, but before we get into that, here’s a reminder of what the teams top eight teams are fighting for. 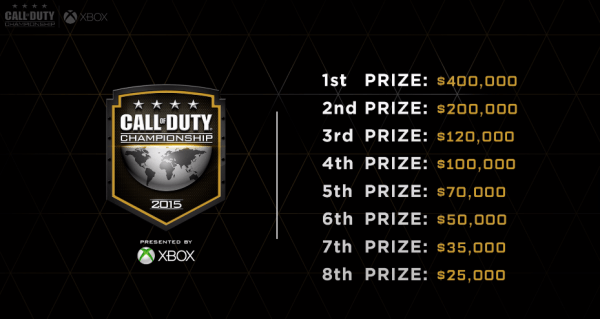 Happy COD Champs day three! Who do you think is going to take home first place? Let us know in the comments!

Remember, you can watch all the action live, including the upcoming live Ascendance DLC gameplay, right here on our live stream page.