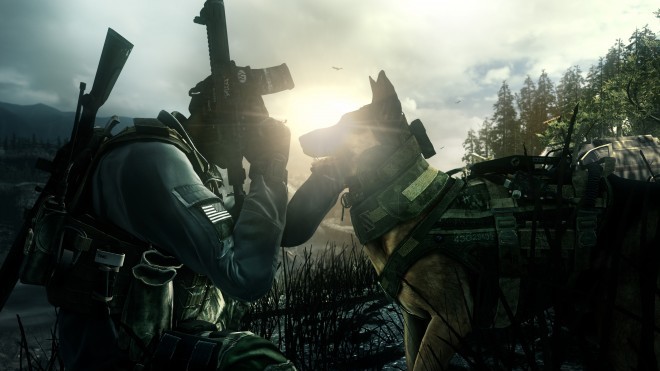 While Infinity Ward is hard at work crafting the next-generation experience of Call of Duty, development isn’t without it’s road bumps.

Studio Head Mark Rubin recently told Polygon that, when it comes to development of AI in Call of Duty: Ghosts, work can be “slower than some of the graphics.” He explained that this is due to the lack of finalized hardware for the Xbox One and PlayStation 4.

“Obviously we are in crazy early development and we will have to see how the consoles play out,” Rubin added.

He mentioned that the team is shooting for some very dynamic AI – enemies that will react differently depending on the situation they are in.

“They might behave differently to the dog, or behave a little differently compared to the events that are happening in the level,” Rubin explained. “They take some of the environment cues and pay attention to them. A lot of times they just kind of ignore the environment, they are just like, ‘OK this guy is supposed to be here I’m shooting, but the building is falling all over me… No, I’m still shooting you.’ So sort of doing stuff like that. It is subtle, really subtle. AI in general is one of those things [where] the subtle things are often easy to notice when it is bad.”

Infinity Ward is making “big strides” in development, but Rubin says they can’t really push things any further until they know exactly what they are working with in terms of hardware.

“We need some hardware, some finished hardware, before we can really expand,” he said.

If you’re interested to see some of the development process for Ghosts, check out this recent tech-demo:

Call of Duty: Ghosts hits next-generation hardware sometime after its release on the Xbox 360, PlayStation 3 and PC on November 5.