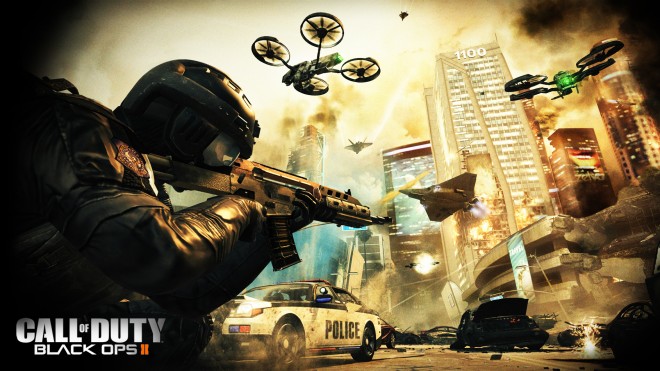 Call of Duty Sales in Decline With Black Ops 2 Down 15%, Halo 4 “Could Have Impacted Sales”

Though Treyarch’s Call of Duty: Black Ops 2 may have sold an impressive $500 million worth of copies within its first 24 hours of release, current total sales aren’t quit matching up to the standards set by previous titles.

According to Sterne Agee analyst Arvind Bhatia, Call of Duty sales are on the decline.

As it turns out, the original Black Ops could very well have been the series’ peak, in terms of sales. Bhatia explains, “If we are right, this would be the second year in a row this critical franchise will have seen units decline (Call of Duty: Modern Warfare 3 is down an estimated 5 percent versus Call of Duty: Black Ops). We estimate CoD generates 40 percent to 45 percent of the company’s EBIT on an annual basis and it goes without saying that weakness in this franchise is a cause for concern.”

Of the three main factors contributing to Black Ops 2’s dipping sales figures, the launch of 343 Industries’ Halo 4 may have certainly had in impact, mentions Bhatia. “We think there are possibly three reasons for the weakness in Black Ops II: 1) We note that ratings for Black Ops II on average were slightly lower than Modern Warfare 3, which may have impacted initial sell-through; 2) Black Ops II launched only a week after Halo 4, which could have impacted its sales; and 3) Black Ops II launched only a week before Thanksgiving, which may have caused some consumers to delay purchases in anticipation of potential deals/discounts.”

Bhatia also points out the significance of the next two years for Activision and the Call of Duty franchise. Not only will Battlefield 4 pose some stiff competition next fall, but 2014 will also see the release of the highly-anticipated FPS by newly formed EA studio, Respawn Entertainment.

What do you think? Are we seeing the beginning of the end of Call of Duty’s dominance in the FPS market? Did you skip Black Ops 2 this Fall for Halo 4? Tell us in the comments below!