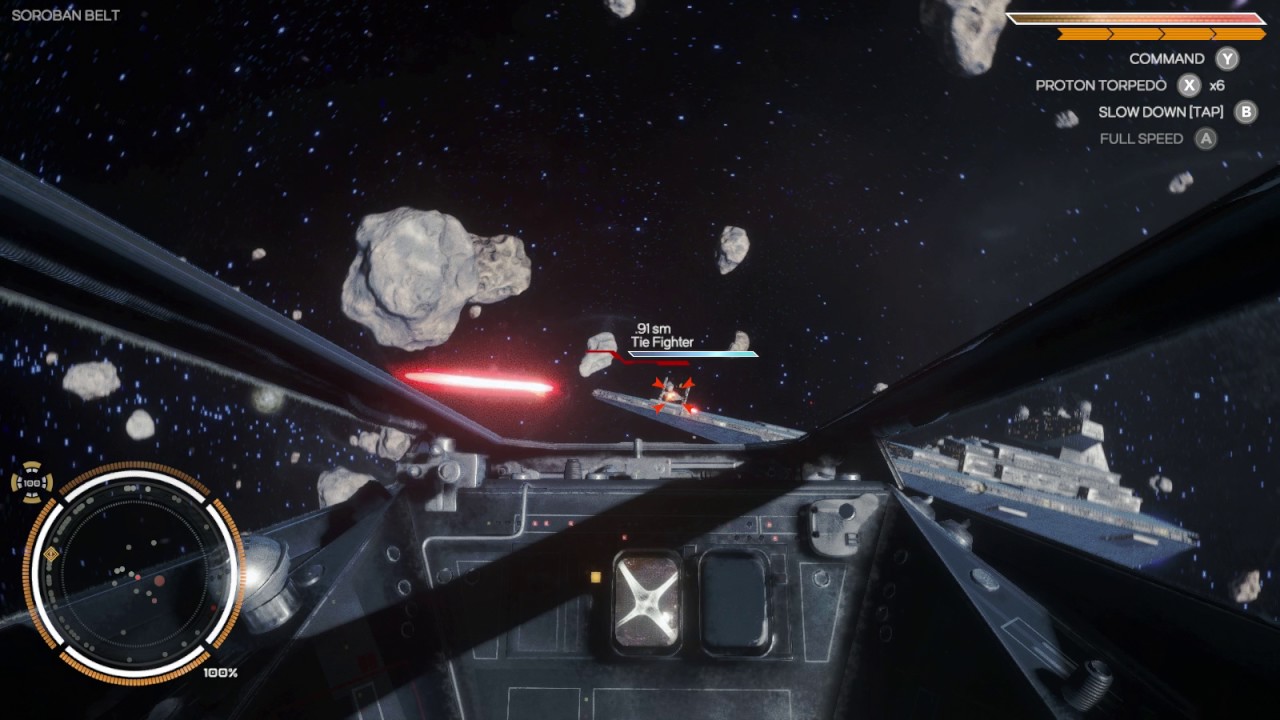 I think I speak for the majority when I say that Star Wars Battlefront II‘s space combat is one of the game’s better features. EA’s support of Criterion Games was clearly justified, as the developer really nailed it.

However, with Double Damage now revealing its own Star Wars space battle project, which was pitched to EA in 2016, we’ve now got to wonder whether DD could have done an even better job.

Double Damage’s Travis Baldree spoke with Kotaku about his team’s take on a “modernized” X-Wing.

“This was back in 2016, and we pitched a modernized take on X-Wing with all the classic bits … Their idea was to retain the idea of a campaign, but also adjust the old X-Wing formula to suit modern audiences, like adding pilot aids and control modifications to suit control pads, as well as adding the ability to save a mission’s progress at any point (constantly restarting 60-minute missions after failing at the 57-minute mark can stay in 1993, thanks).

“It was a long-shot, and we had near-nil hopes that it would be seriously considered, but we probably did it to please ourselves rather than out of any hope that it would get greenlit.”

What’s more, Baldree also provided work-in-progress footage of the game, in which the Millennium Falcon wreaks havoc for five minutes:

What do you think of Double Damage’s Star Wars concept? Would you have liked to see it realized? Or was EA right to politely decline? Let us know.