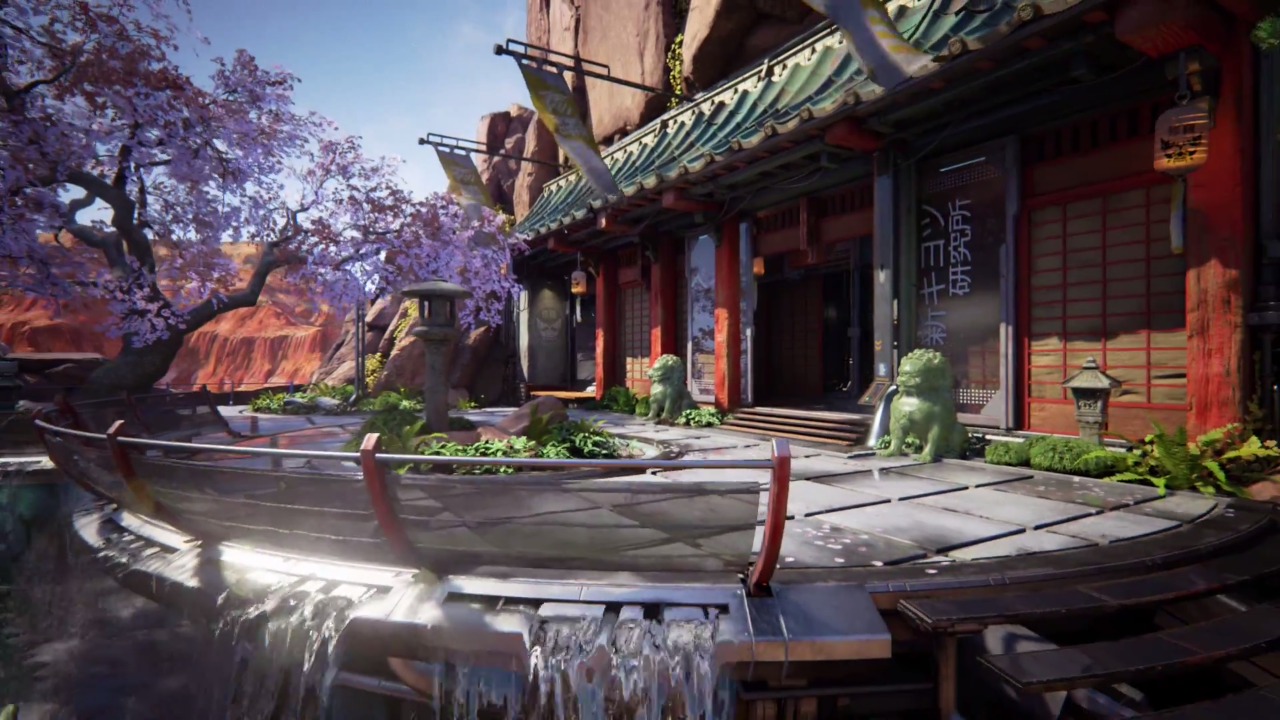 Last we heard from Bleszinski, Project BlueStreak is a free-to-play arena PC shooter currently in development at his new studio, Boss Key Productions, which will be published by Nexon.

The just-released footage, which you can view above, showcases scenes from an unnamed multiplayer map from the game. It might not be as action-packed as you had hoped, but it stays true to the shooter’s actual in-game visuals powered by Epic’s Unreal Engine 4.

“For context this is a teaser for Unreal Engine 4 showing an early environment & is taken 100% in-game using the built in camera controls,” Boss Key wrote on its Twitter account.

The map’s theme, and perhaps the game’s as well, is clearly inspired by the Orient. The camera pans through a technologically advanced control room, then towards a shot of what we assume is the style of armor that will be worn by combatants in the game. It harkens to the uniforms worn by practitioners of the traditional Japanese sword art, Kendo. Before panning out to reveal more of the map’s play space, the camera travels through an armory stacked with out-of-this-world weaponry.

Check out the footage for yourself and tell us in the comments what you think of the game’s current direction. Keep your sights on MP1st for more on Project BlueStreak.

All Titanfall DLC Is Currently Free On Xbox One, Xbox 360, And PC [Updated]