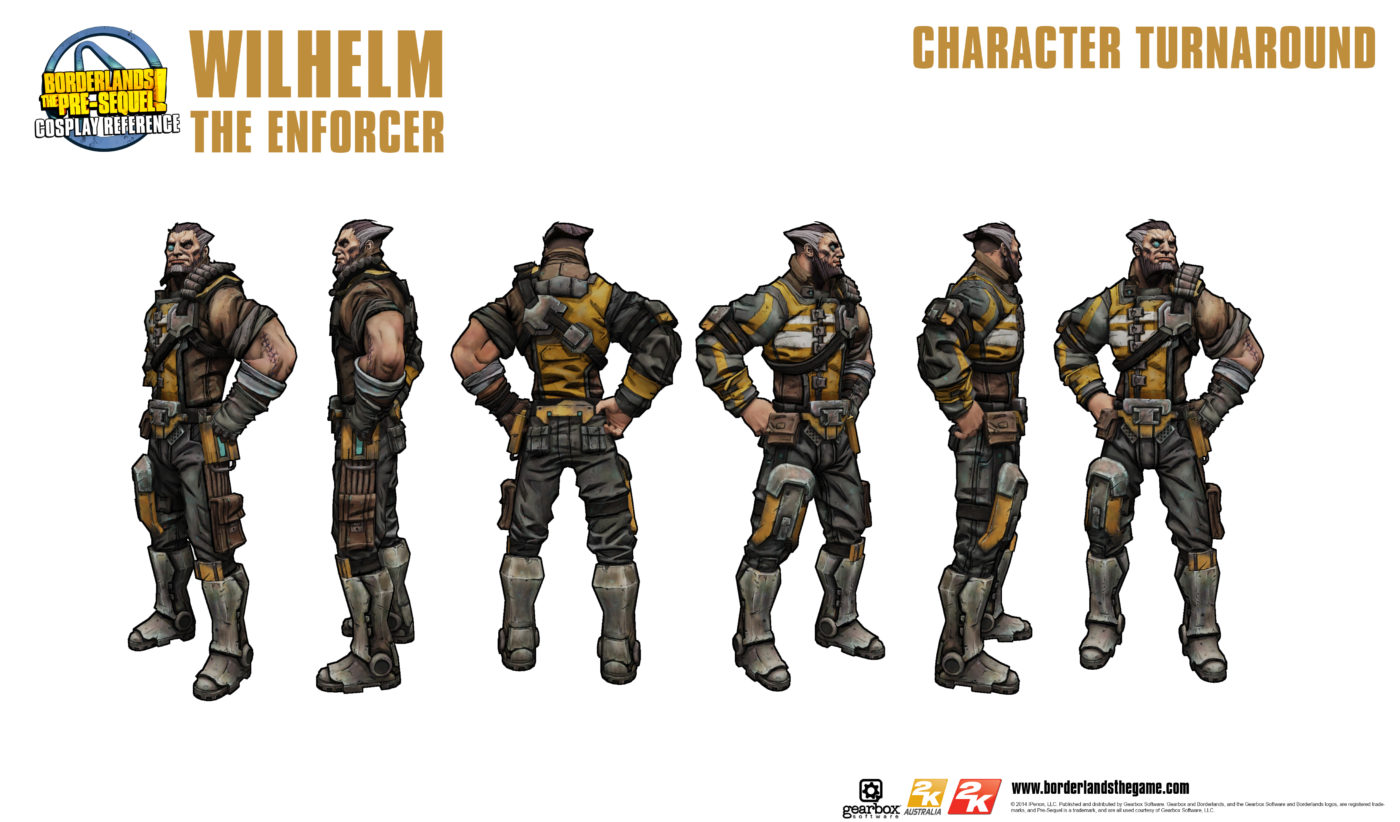 While we await more Borderlands: The Pre-Sequel details after game’s initial announcement last month, Gearbox has been steadily releasing high resolution images of majority of the cast that we will get to play as this Fall season.

Aside from the small reveal gameplay that we saw last month, the images give us our first real look at Athena, Nisha, and Wilhelm. Check out the high resolution character models and turnarounds below: 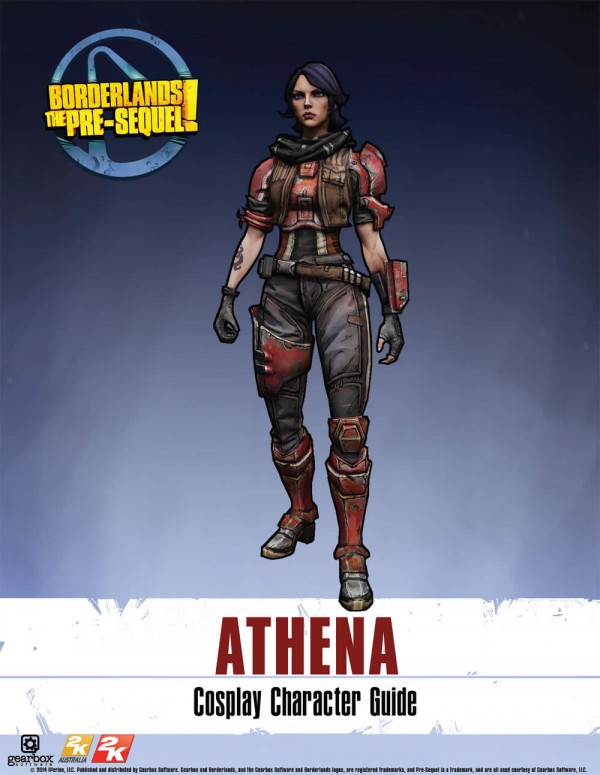 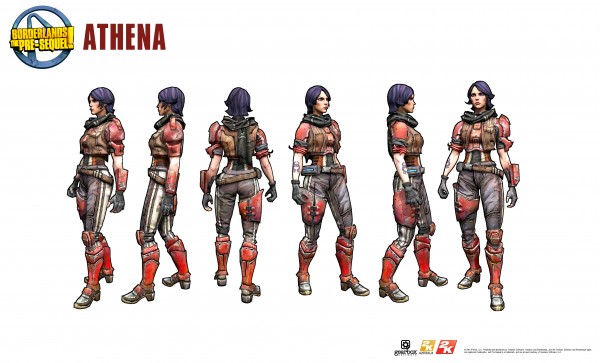 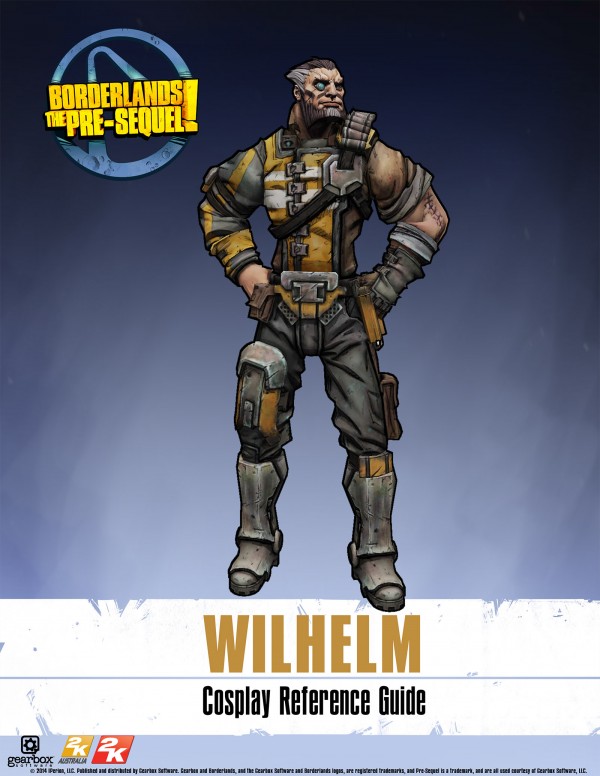 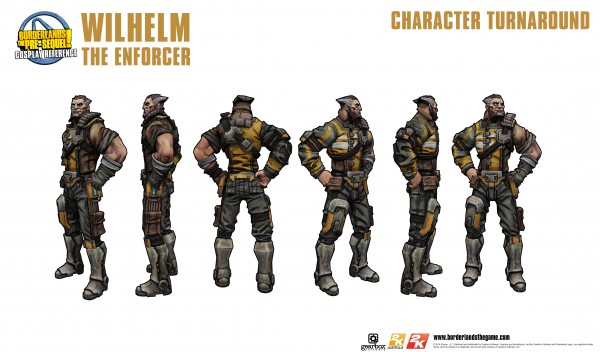 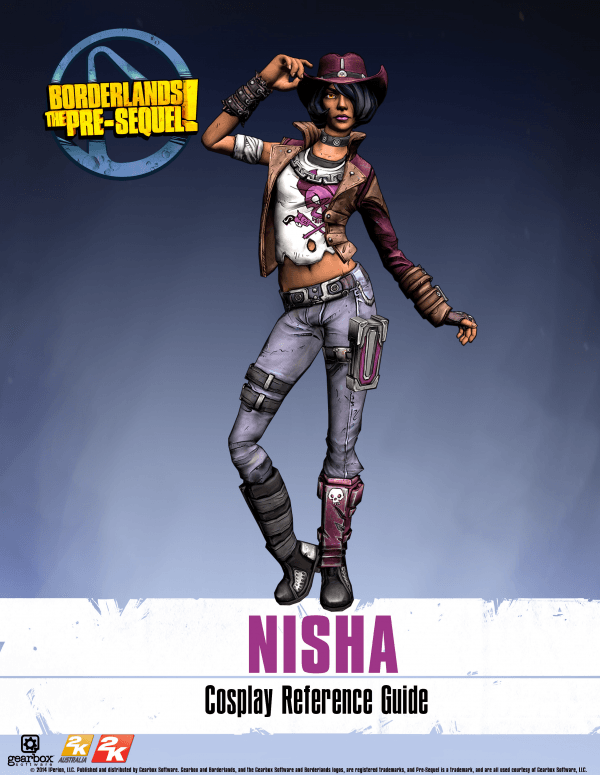 There are even more high resolution images for Athena, Nisha, and Wilhelm on their respective pages, including a closer look at Athena’s shield and Nisha’s gun.

In other Borderlands: The Pre-Sequel news, it appears that Claptrap won’t be needing Oxygen like the other three playable characters, according to a series of tweets from the franchise director, Matt Armstrong.

Got an OZ kit that gives me more firerate and footspeed when I’m low on O2. It’s a great kit if you’re claptrap, and I’m claptrap, so score.

@thswrestler160 Claptrap IS a robot, so that’s true. He needs the things a robot needs. Like love. And a shaving kit. And more love. — MisterArmstrong (@MisterArmstrong) May 14, 2014

However, the game is still in development and things are subjective to change before its final build.

Borderlands: The Pre-Sequel is set to be released this Fall for the PC, PlayStation 3 and Xbox 360 platforms.