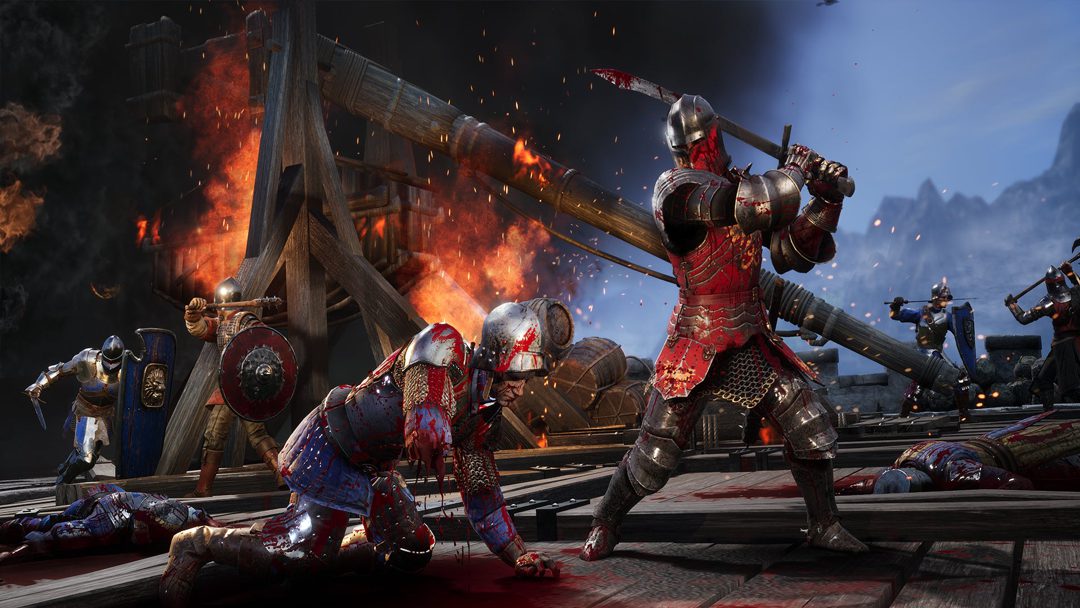 Torn Banner Studios has released the Chivalry 2 update 1.03 (PS5 shows it as 1.003), which is named patch 2.0.1 by the studio! This the first patch for the medieval multiplayer game, and it addresses parties, alongside tech issues, and gameplay tweaks as well. There’s a lot to digest, so check out the full patch notes below.

Alongside the patch notes, Torn Banner has also addressed some of the noteworthy issues that are still being addressed.

Our team has worked to pivot to review the possibility of providing the feature of cross-platform parties as quickly as possible.

You may have taken notice that certain issues or features were not mentioned in these patch notes. This is due to the development teams continuing to resolve and refine these issues, to ensure they meet the level of quality that you come to expect. With that said, we’d like to provide a general status on some of these items, nonetheless.

Please keep in mind that these items do not constitute everything the team is working on and are always subject to change as the team may pivot as needed during development as priorities change or development ends up taking longer than expected at the onset.

Once a new patch is out for Chivalry 2, we’ll let our readers know.