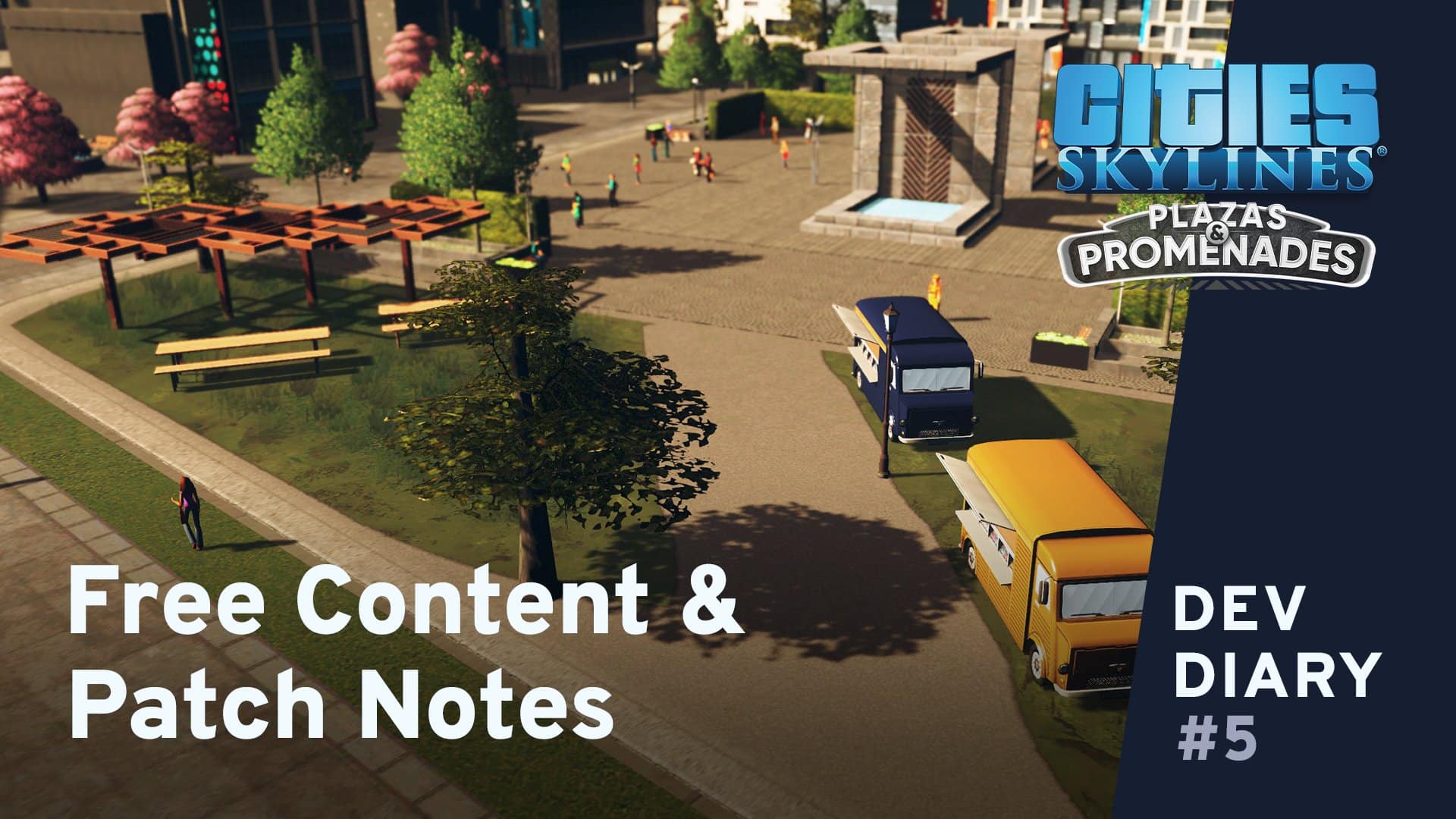 Colossal Order has released the Cities Skylines update 12.00 patch on all platforms, and this is for the Plazas & Promenades free content drop. There’s a bunch of new stuff to dive into, as well as changes, which are all listed in the Cities Skylines September 14 patch notes.

Let’s start with a convenient new feature, Quit After Saving, which can be enabled when saving your city. As you may have guessed from the name, it will quit the game once it finishes saving, allowing you to skip the process of saving, waiting for it to finish just to select exit and get a warning about losing progress if you haven’t saved. Very handy when you’re done playing and just need to save and quit the game.

Check the box before saving to quit automatically

New roads
As roads are a central part of any city, we are expanding the options even further with 18 new roads. We had a look through the road types you have wished for over the years and added as many of them as we could in this patch. This includes a series of roads with bus-priority lanes, which can be used by other vehicles if they need to turn, and for the first time ever bus-only lanes and roads!

New in the Large Roads category are the new large roads with medians, featuring 6 lanes in two directions separated by either a concrete median, grass median, or tree-lined median – the latter of which comes in both a regular version and a bus-priority lane version.

We look forward to seeing how your cities will benefit from these new options and which ones will be your favorites. And while it isn’t a road we do have another network for you, namely the new one-way metro tracks, allowing you more control and customizability over your metro network.

Now, all there’s left to do is check out the tutorial video by Overcharged Egg, have a look at the patch notes below, and wait for Plazas and Promenades to release. We hope you’ll enjoy the new content!

Free update for all players and DLCs owners