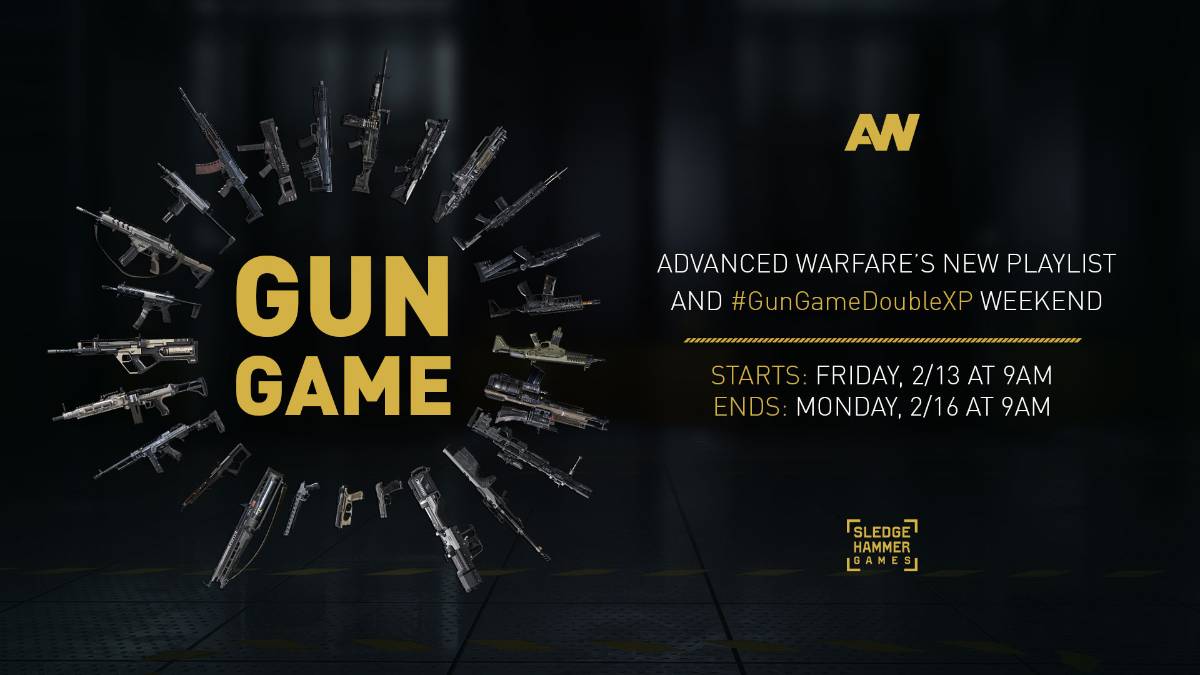 Developer Sledgehammer Games is giving Call of Duty fans a ton of stuff to do this weekend with the introduction of new modes and new gear to earn.

As promised, the classic and fan-favorite game mode Gun Game is now here to stay, and to celebrate its arrival, Sledgehammer is offering gamers double XP through 9AM PST Friday 13 to to 9AM PST Monday 16, exclusive to that playlist. The Free For All mode starts players out with the ASM1 and challenges them to rank up through 26 weapons by scoring kills. The final, winning kill with the Crossbow ends the match.

In addition, the sniper-only One Shot Mosh Pit playlist also makes a return, but this time without the double XP boost. It will, however, include additional game modes this time around, including Free For All, Domination, Hardpoint, Team Deathmatch, and Kill Confirmed.

Throughout the weekend, between 9AM PST Friday 13 and 9AM PST Monday 16, anyone with at least one Call of Duty: Advanced Warfare multiplayer match under their belt will be awarded a new Exo from the brand new Marine Grenadier gear set, pictured below. Additional items in the set can be earned via loot drops from Supply Crates, says Sledgehammer. 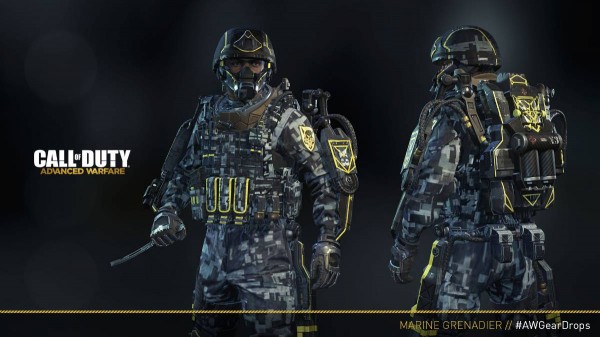 Sounds like a fun weekend packed with stuff to do, XP to earn, and new gear to find. We’ll see you online.

Keep your sights on MP1st for more Call of Duty: Advanced Warfare updates.