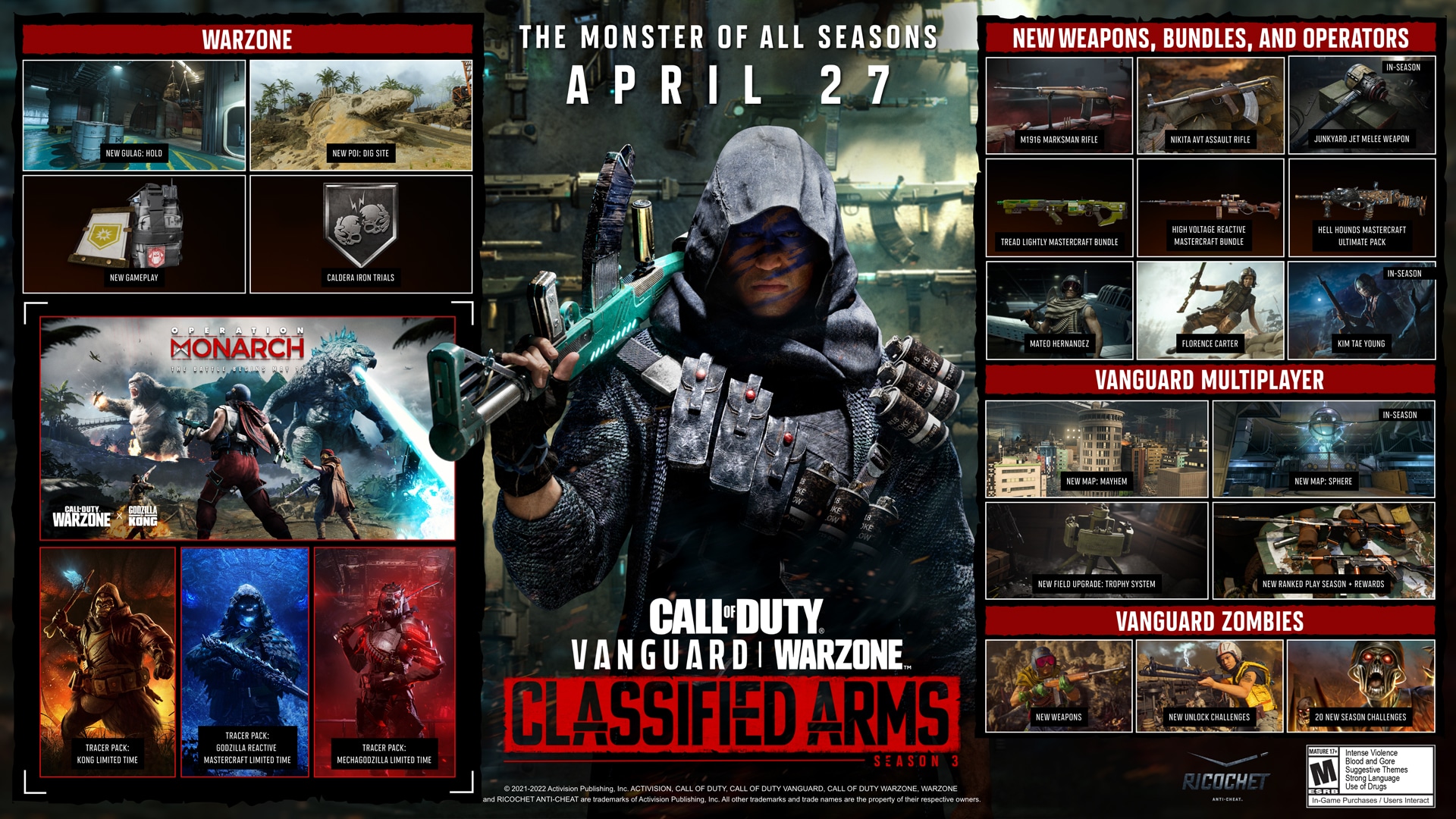 A new season is upon Call of Duty fans, as Activision has finally released new information on COD Vanguard & Warzone Season 3. Titled Classified Arms, the new season is set to arrive on April 26 for Vanguard and 27 for Warzone, and will feature a plethora of new content, cosmetics, and more. Check out the rundown below.

On Caldera, Captain Butcher calls upon three more Operators — S.O.T.F. 008 — to investigate the true impact of previous enemy attacks. After reclaiming the island through tactical, yet somewhat flashy force, these elite Allied soldiers are rewarded with treasure troves of secret prototype weapons.

But these prototypes on the island, let alone their existence, raise a massive question: what kind of threats are these powerful weapons supposed to combat?

A top-secret armory is open for all Operators during Classified Arms, the third season of Call of Duty: Warzone and Vanguard launching on April 27. And they will need all the power they can get their hands on to combat Godzilla and Kong, laying siege to Caldera later in the season with the limited-time event, Operation Monarch.

This new season of content will be available following updates to both games: one for Vanguard on April 26 at 9 AM PT, and one for Warzone on April 27 at 9 AM PT. 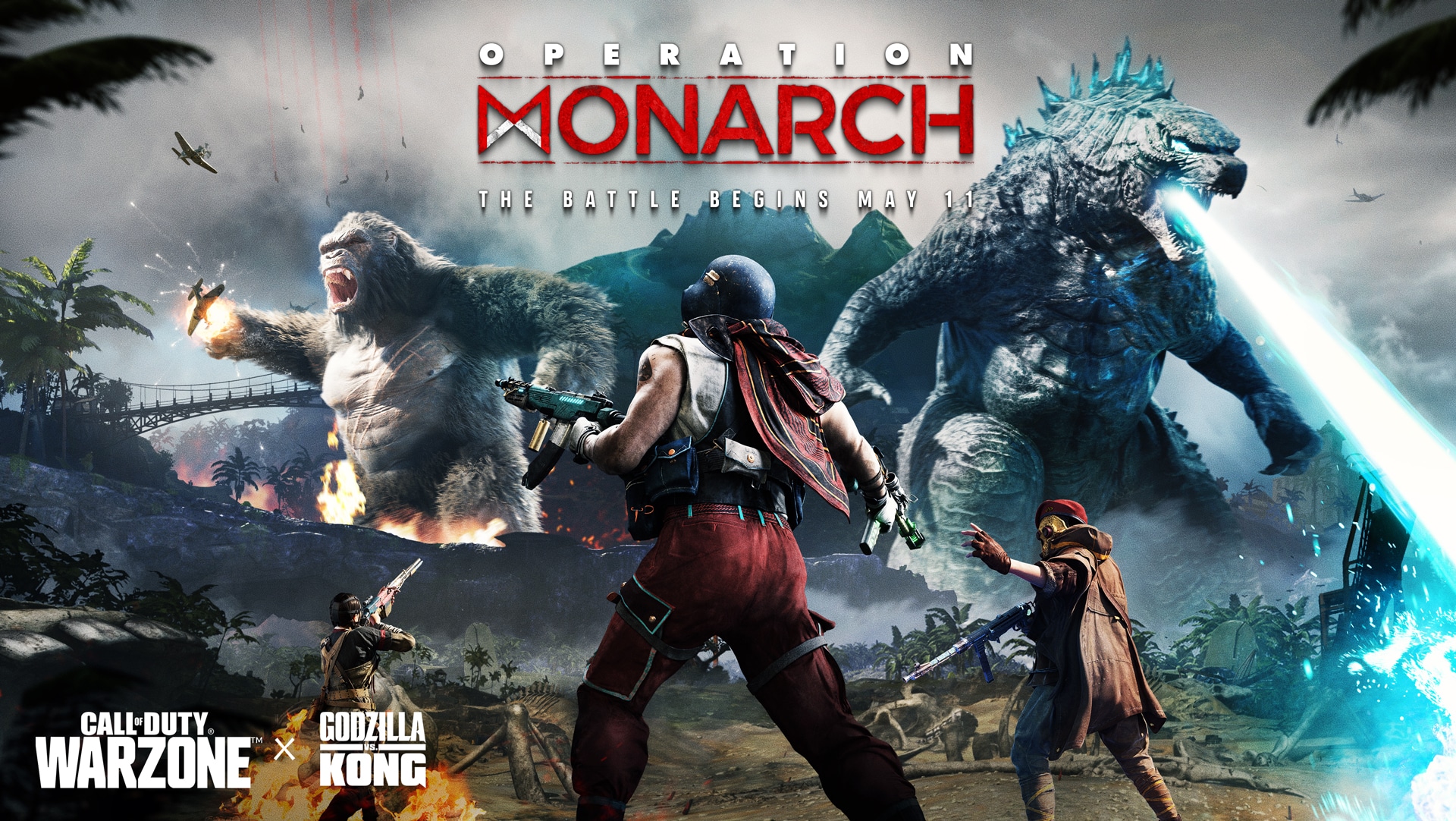 New to Vanguard and Warzone

You can read the complete breakdown of Season 3 and all the perks and features coming with it via the official post.

COD Vanguard is releasing this April 26, and COD Warzone Season 3 is launching this April 27. Stay tuned here at MP1st for the complete patch notes once the update finally comes out!

You can read more about Vanguard and Warzone Season 3 via the official Call of Duty website.