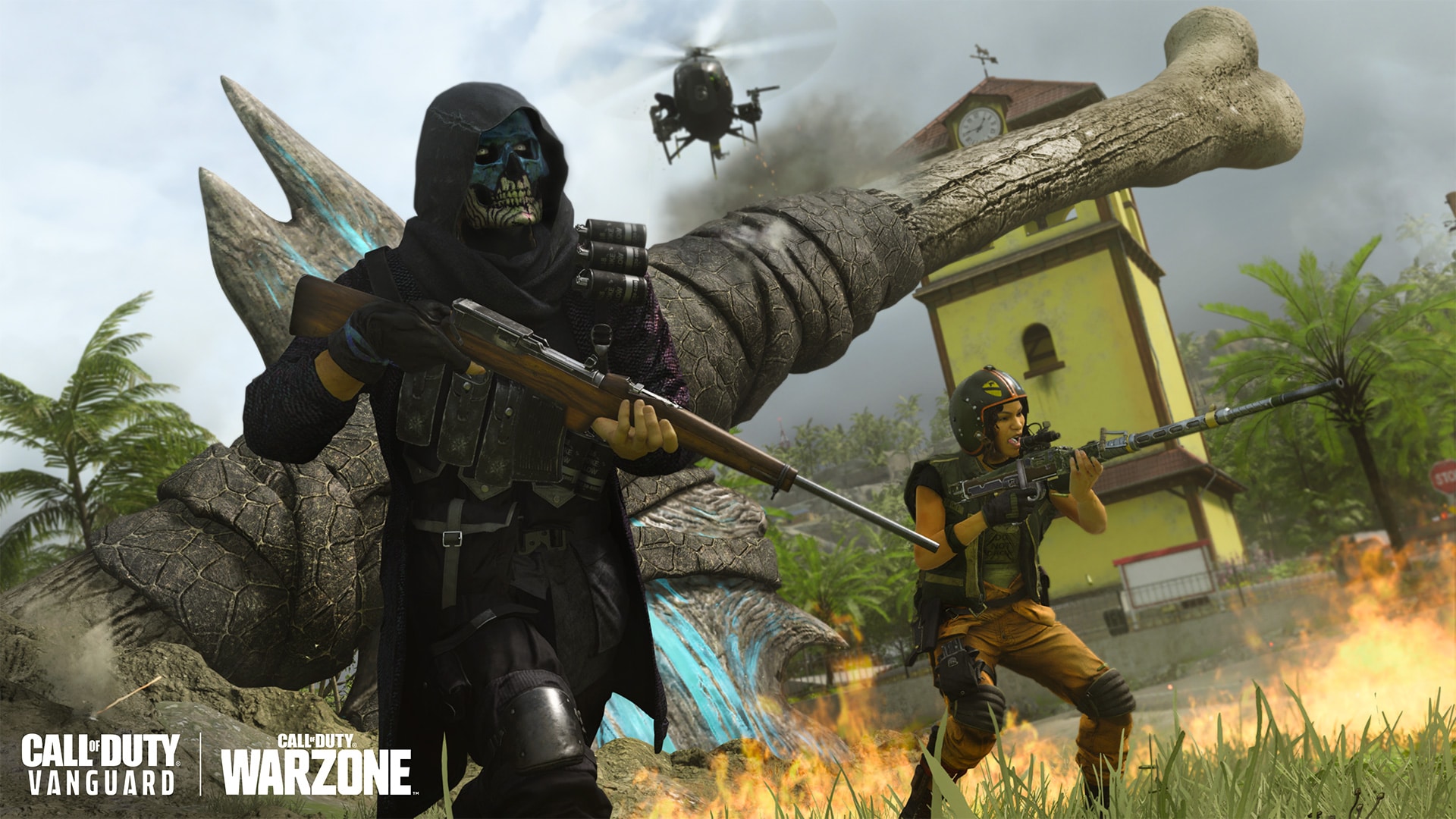 With Season 3 now in full swing for Vanguard, COD Warzone Season 3 new locations (points of interest) and changes have been listed by Activision, in addition to some tips for players to note as they enter a new version of the battle royale! With Godzilla and Kong about to make their way soon, it’s fitting that Raven Software has made some big changes to the Warzone locals.

There’s also an update on Ricochet, the anti-cheat front for the game, and how it has been effective so far in combatting the cheating elements in Warzone.

First up, here are the changes made in Season 3 of COD Warzone, as well as how you can overcome them:

1. Can you Dig It? As a new area, Dig Site can easily become a point of interest with high energy. Beam enemies from cover as you move through the inner dig site tents, towers, bones, and shack, taking a glance up at the excavators to see if any snipers are taking position on the conveyor belts.Use the skulls, rib cages, and other bones throughout the Dig Site as solid cover against enemy attacks. While they could be easily crushed by a titan’s stomp or well-placed giant stone, they are still strong enough to stop enemy attacks.

2. Double Black-Diamond Peak. Dropping in on Peak can be a daunting yet rewarding start to your Battle Royale match. Stick together with your squadmates, communicate often, and check every building – old or new – for Supply Boxes and items that could help with survival.Long-range weaponry can help lock down the new vehicle tunnels and outdoor areas. Meanwhile, when travelling within the stronghold buildings, consider finding an SMG, shotgun, or fast-firing assault rifle to clear rooms.

3. A Clear Tarmac. The Runway’s seclusion and natural cover are no more. In its place, Operators should search the hangers and new buildings for items, take to guard towers to scout ahead for enemies, and above all else, not run out in the open where the tall grass, fauna, and trees used to conceal movement.

4. Hold Your Fire. The Hold’s small symmetrical design encourages Operators to check lanes with equipment before revealing their position. Even if you catch a glimpse of an enemy, consider waiting to take the first shot until they are truly unaware of your presence.

5. No Box Unopened. With Perks being added in the update, finding and opening Supply Boxes during the mid-game could become a more viable strategy for victory. Learn where they are usually located and listen to their hum; the best scavengers may be rewarded with valuable Perks.

Perk drops are coming to Warzone with tomorrow’s update. Players will now abe able to equip all eight perks at once if they manage to find them in a match!

Each season, Raven Software makes an update to the item pool, changing what Operators can find in Supply Boxes or on the ground around Caldera. One of the biggest additions this season is a new lootable item type: Perks.

As of this update, the following Perks can be found as Legendary Rarity loot:

After picking up a Sabotage Contract, an Operator and their squad will be given a vehicle target somewhere on the map. Take out this vehicle within the time limit for a Cash bonus, an increased Contract Level, and an Armored Truck Deployment.

This Armored Truck is similar to the one seen in modes like Armored Royale, touting increased health and a turret seat.

While powerful, it’s presence on the map will make your squad a large target, especially if an enemy team picks up a Sabotage Contract.

Ricochet has also been updated, with an improved version set to launch with the release of Season 3 for Warzone tomorrow:

We’ve seen conversation within the community about how cheating may impact global leaderboards. Thanks to the help from our internal development partners, we can confirm that any security enforcement that results in a ban to a player will be reflected in the leaderboard for each title. To boil it down: If someone is banned for cheating, they will be deleted from the leaderboard.

In our previous anti-cheat progress report, we outlined how #TeamRICOCHET uses in-game mitigation techniques to reduce the impact of cheaters, while also collecting data that’s essential to identify cheating behavior. While the team is hard at work testing and deploying a variety of new mitigation and detection techniques, we wanted to highlight something that’s been spotted in the wild: Cloaking.

With Cloaking, players that are detected to be cheating can find themselves unable to see opposing players in the game world. Characters, bullets, even sound from legitimate players will be undetectable to cheaters. Legitimate players, however, can see cheaters impacted by cloaking (generally, they’ll be the players you see spinning in circles hollering, “Who is shooting me?!”) and can dole out in-game punishment. This, like our previously revealed mitigation technique Damage Shield, gives legitimate players a leg up on cheaters.

In a previous update on @CallofDuty’s Twitter channel, we announced over 90,000 accounts had been shuttered in a recent ban wave – this in addition to ban waves that had been previously announced. Since the update on social media, #TeamRICOCHET has banned over 54,000 additional accounts. While we may not announce all bans as they happen, know they occur both daily and in waves.

Of course, we understand that for every advancement we make in anti-cheat, cheaters are working to circumvent those updates. For this reason, we encourage players to continue to use in-game reporting tools. If you see a cheater in the wild, report it. This information is invaluable to make new updates in the fight against unfair play.

COD Warzone Season 3 is dropping in an update tomorrow. Stay tuned here at MP1st for the complete patch notes once this new update rolls around!