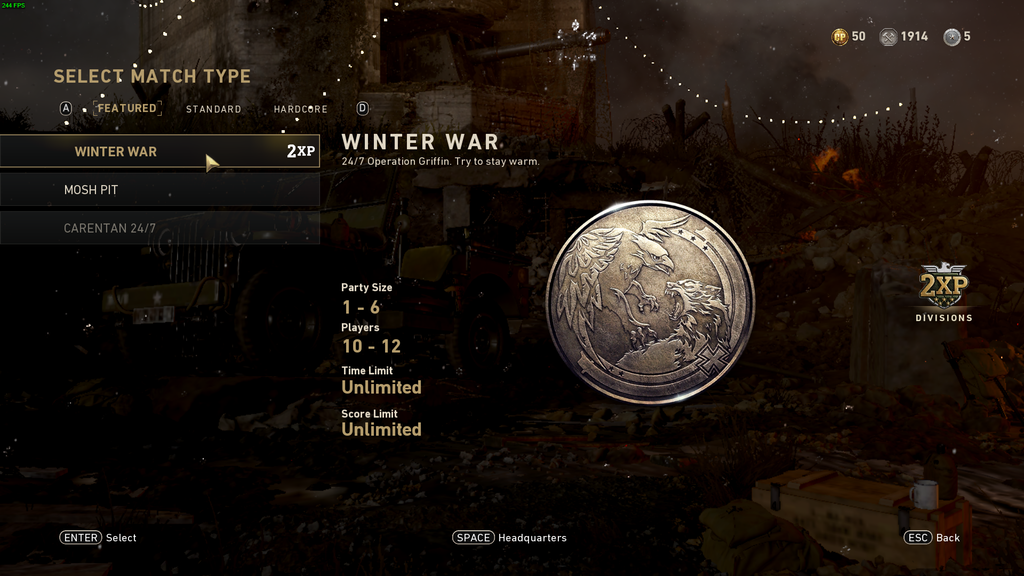 Got nothing to do this holiday weekend? If so, you might want to consider jumping in to Call of Duty: WWII as Sledgehammer Games is flipping the switch on some double XP holiday goodness.

However, it won’t be for all modes and not your general double XP buff, but just for Operation Griffin in War mode. If you log in now, you’ll see that it’s called “Winter’s War,” and yep, it’ll net you double XP for Divisions. If you want to Prestige your Divisions, now might be the time to do so given the amount of XP War gives out.

As the tweet states, there’s also going to be double XP for Nazi Zombies mode as well.

In other Call of Duty: WWII news, Sledgehammer Games rolled out a server-side update that buffs a few of the SMGs, and nerfs a few of the weapons! You can read the entire patch notes right here.