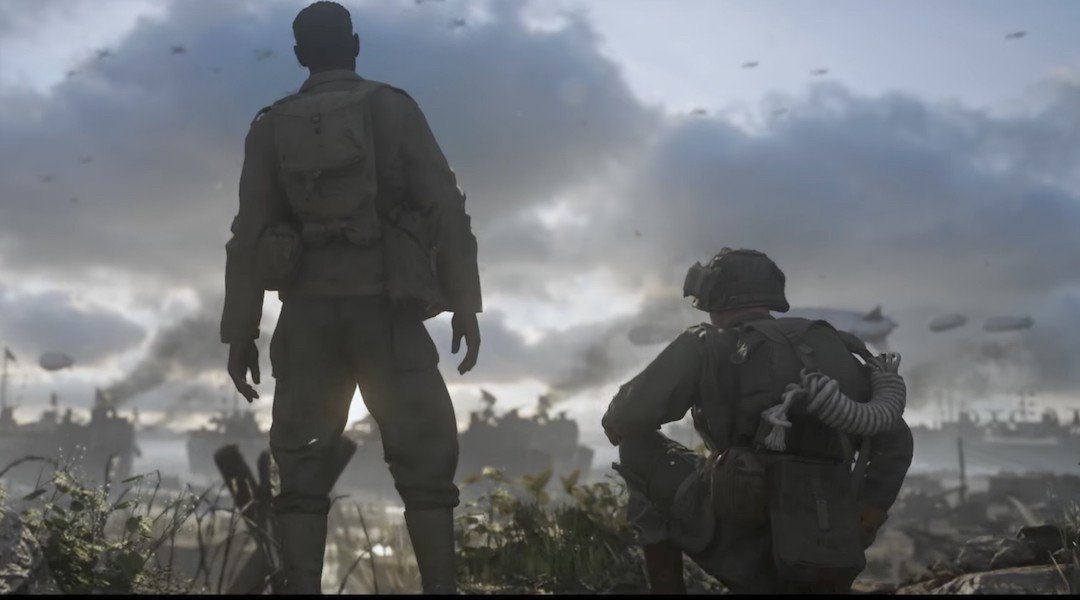 While Activision has announced how successful Call of Duty: WWII has been out of the gate, it seems the game’s not captivating players enough — at least on PC — as the player population has dropped by more than 20,000 players just a few weeks since launch.

Over on SteamCharts, it shows that the all-time peak of Call of Duty: WWII is at over 56,000 players, but the highest it’s been so far this holiday weekend is at 29.556. Note that this number is more than your average given the holidays and the weekends, which means more players can log on. Checking the numbers from launch day (November 3, 2017) until today, we see the COD: WWII player base drop to below 10K levels multiple times. 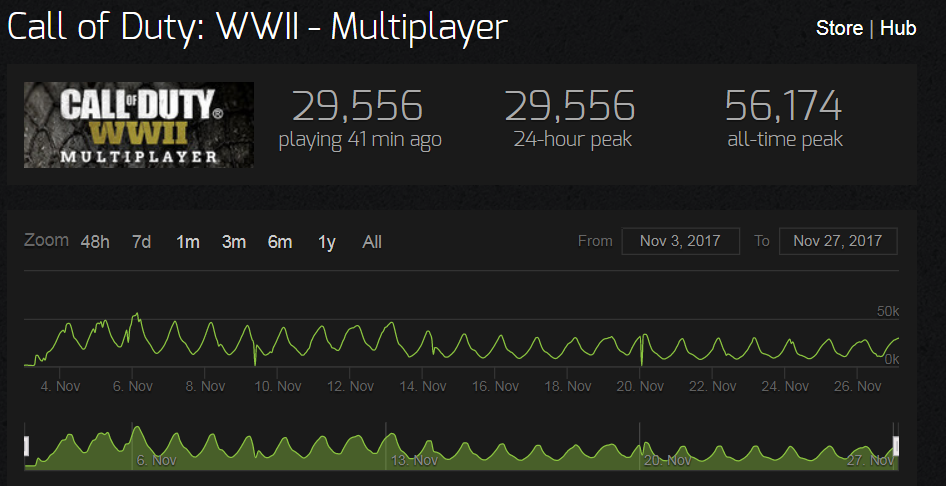 Does this mean that gamers are moving on to other games? Maybe, maybe not. We’ll most likely have a fairer assessment of how it goes a month or two after launch. Of course, there’s a good chance some players are not logging in until Sledgehammer Games fixes the issues that are still plaguing the game.

In other COD: WWII news, go read up on our list of stuff we want fixed by Sledgehammer Games ASAP. Our final review also made its way out which you can read about here.

Do you think this is a cause for concern for Sledgehammer Games? Why do you think the player count is dropping that much just weeks after launch?