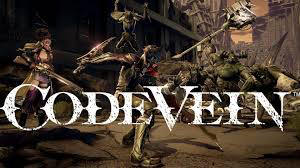 Code Vein Network Test Invites Are Now Being Sent Out, Behind the Scenes Vid Released

For those who recently signed up to participate in the Code Vein network stress test, you might be excited to know that Bandai Namco  has finally started sending the Code Vein Network Test invites out now. 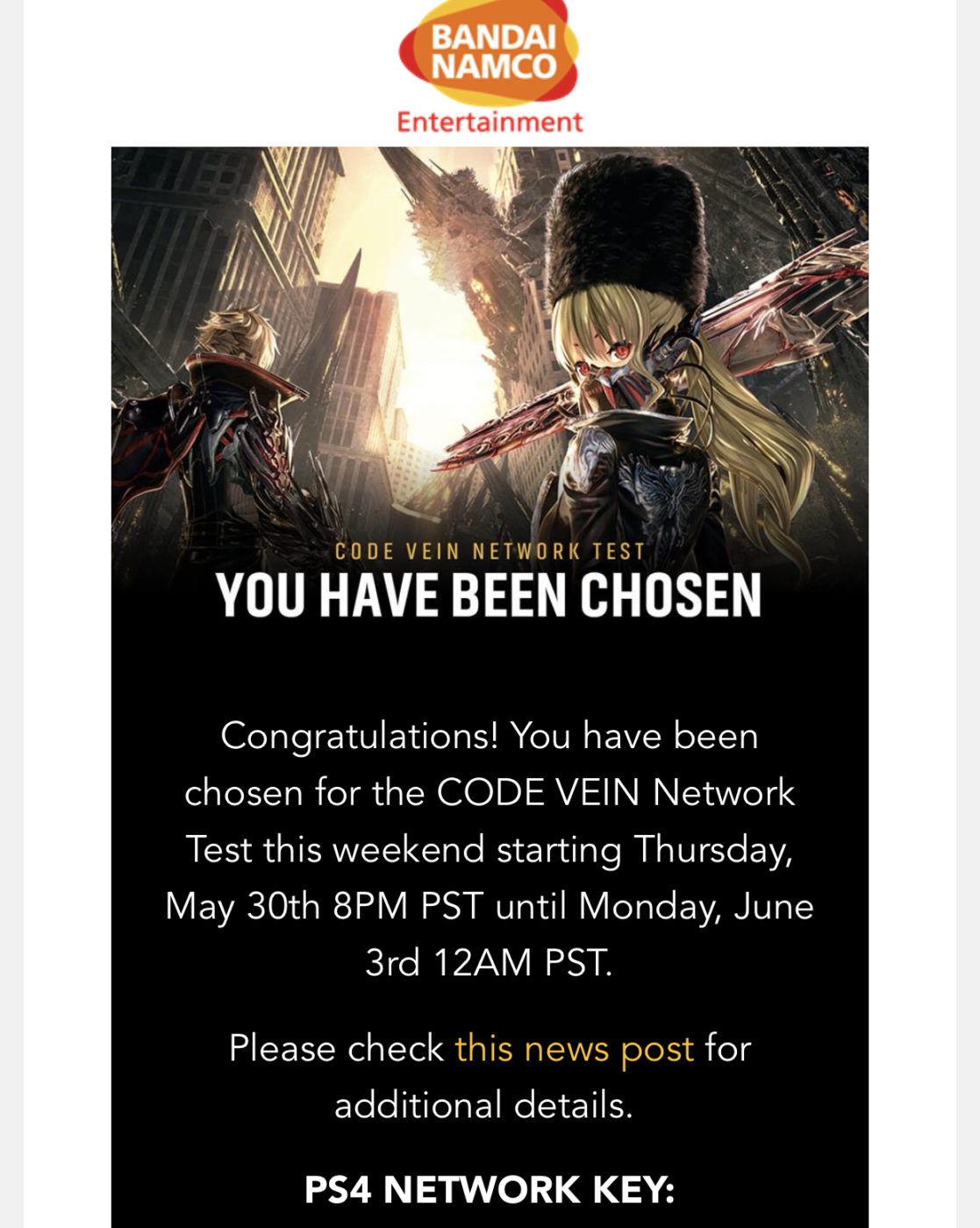 As shown in the image above, the stress test is scheduled to begin today and end this Monday at 12 am PST. Make sure to check your inbox and spam folders to see if you got one.

Also of note, a new behind the scenes video have gone live today too. Check it out below.

CODE VEIN, the upcoming dungeon crawler action-RPG from BANDAI NAMCO Entertainment America Inc., arrives on PlayStation®4 computer entertainment system, Xbox One, and PC this year. Players will be able to craft their own unique character and customize their experience by equipping numerous weapons, items, Gifts, and Blood Codes to accommodate their favorite combat style or gain a competitive advantage against impossible odds.

Code Vein is launching on PS4, Xbox One, and PC though no release date has been given to the title yet.