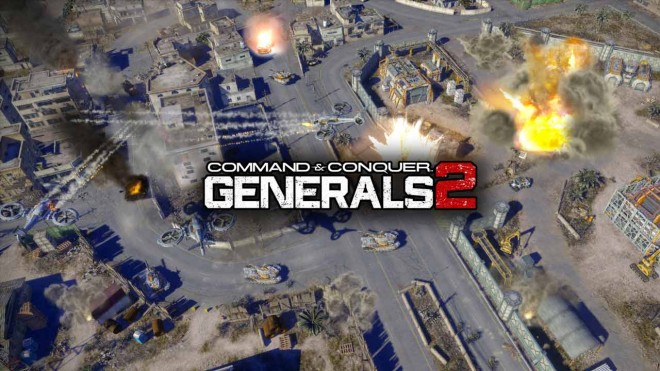 Command & Conquer Generals 2 To Forgo Single Player at Launch, Will Include E-Sports Features

Command & Conquer Generals 2 will ship without any single player campaign – news that doesn’t bother many of us here at MP1st.com.

Recently, BioWare Victory general manager John Van Caneghem told PCGamer that, instead, “co-operative and competitive” battles would be the main focus of the title when it launches next year. Though the team has yet to make any official announcements, it is a possibility that other game modes, including some sort of single player campaign, could be added at a later date.

“As a live service I think the exciting part is you can try things,” mentioned Van Caneghem. “You can see what the community wants, you can give it a shot, you can put it up for a weekend and see how it goes, develop towards what the fans like.”

He also stated that the studio really wants to take the series “back to the roots of what made Command & Conquer great.” That means allowing players to “build a zillion units” and “go out and kill all the bad guys.” However, acknowledging current trends, BioWare Victory does plan to integrate e-sports features on top of the multiplayer deathmatch and co-operative modes.

“We’re really going to run the gambit of what people enjoy in a multiplayer environment,” Van Caneghem said. He added, “I don’t think we’re making a list of the features yet, but I think you can basically make a list of the assumed ones that you’d need to be an e-sports game, and it’s definitely part of the plan.”

BioWare Victory released a brand new trailer for Command & Conquer Generals 2 and announced the free-to-play direction that EA would be taking the series during this year’s Gamescom which you can check out right here.

Are you excited for Command & Conquer Generals 2? Are you upset it will launch without any single player support?