The Twisted Metal Forums have finally gone live and have been updated with a full list of weapons and vehicles. 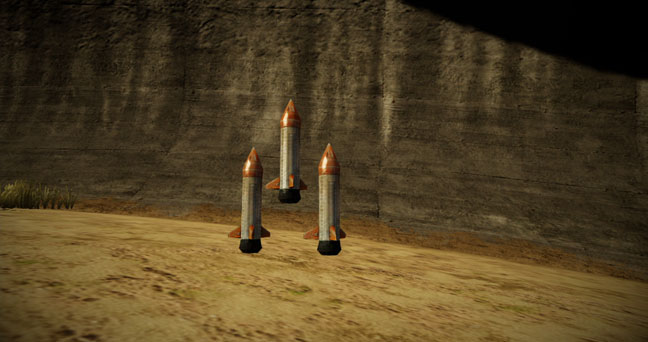 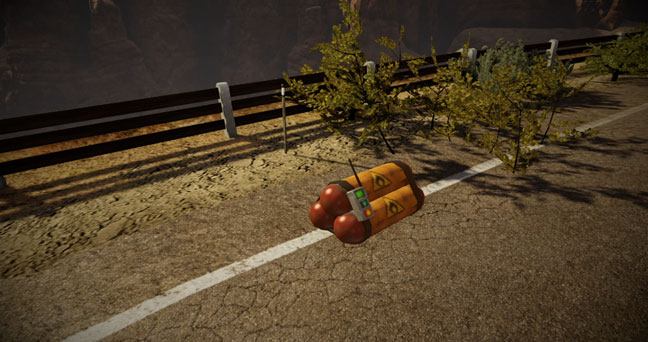 Napalm: When launched over the enemy, a napalm canister explodes when it hits the ground, causing immediate damage. To make the napalm fall even faster to the ground, press fire a second time when the napalm canister is in the middle of the air. Fire from the napalm explosion will rage and spread. Drive through the fire to cause even more long-term damage. 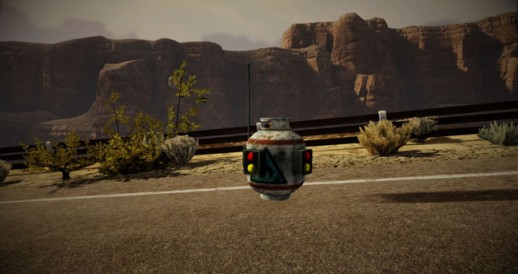 Remote Bomb:  To launch bombs from the top of any vehicle: Press fire once to launch, then press fire again to detonate remotely. Press triangle to enter aim-mode, and use the left analog to zoom and the right analog to aim. 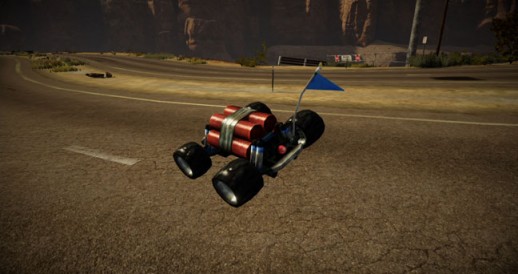 Ricochet: The ricochet shoots a small explosive charge from a self-propelled cart. The ricochet will bounce around the environment until it finally explodes, either from contact with an enemy or when time runs out. 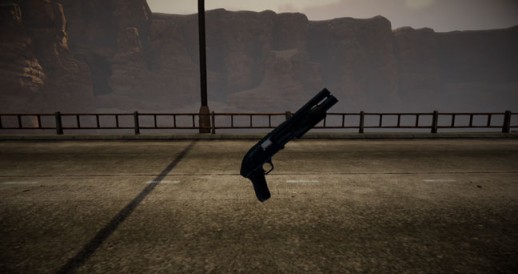 Shotgun: The shotgun is a powerful, single-shot weapon with short range but ridiculously high damage in a forward arc. 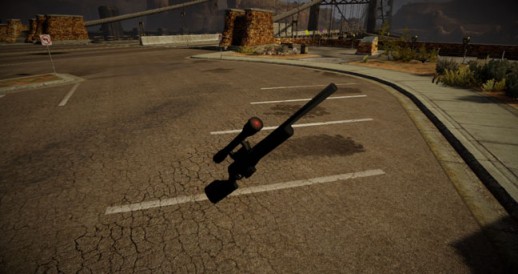 Sniper Rifle: Use the single-shot sniper rifle to aim directly at targets. The longer you hold a target in your snipe before firing, the more powerful the damage. With maximum charge, a straight head-shot results in an instant kill. 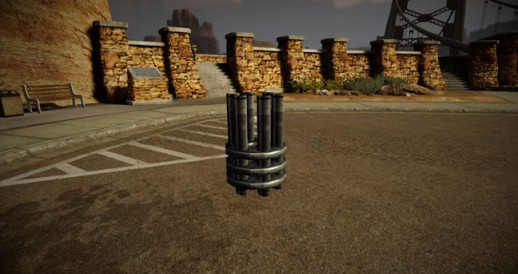 Super Gun Bullets:  Super gun bullets are an intense but temporary upgrade for the machine gun. 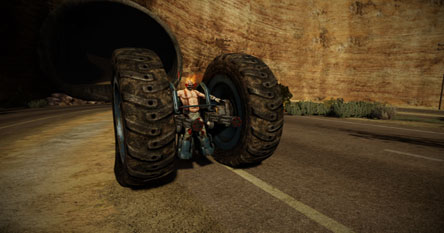 Axel: Two insane wheels of fury smash anything in their path. 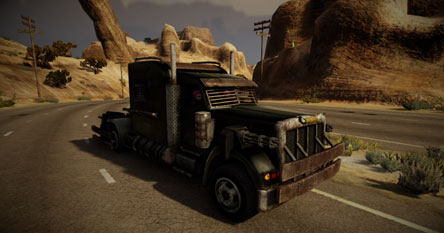 Darkside:  The most-feared semi-truck cab across every interstate. 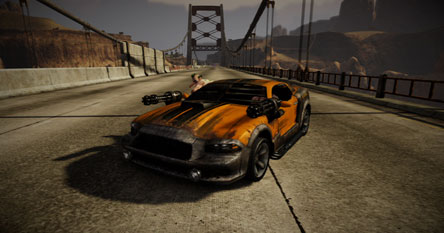 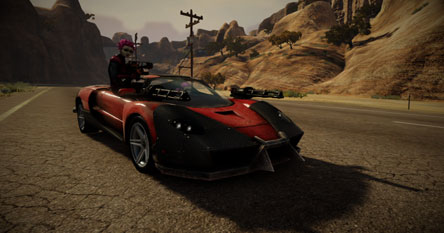 Crimson Fury: Speed is an understatement. Fire rages in its super engine. 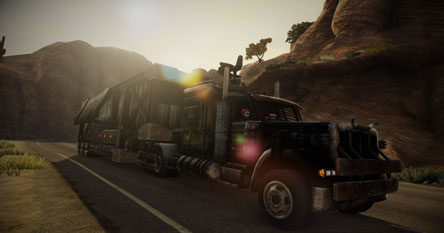 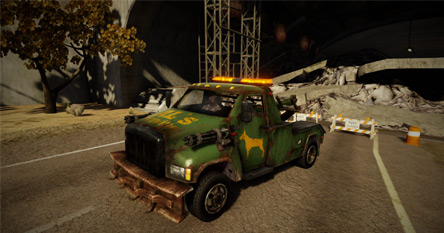 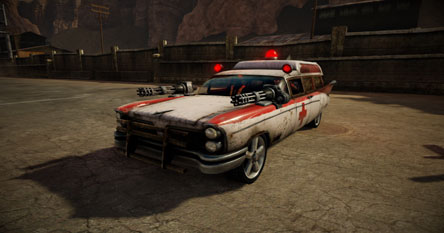 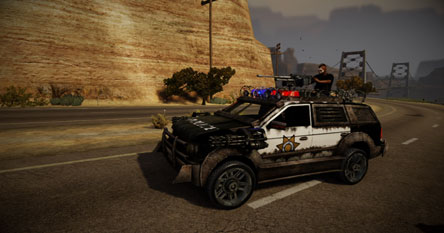 Outlaw:  The killer of off-road. Jacked-up and grenade-happy. 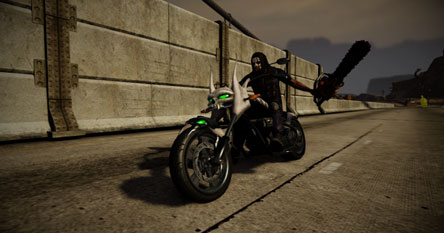 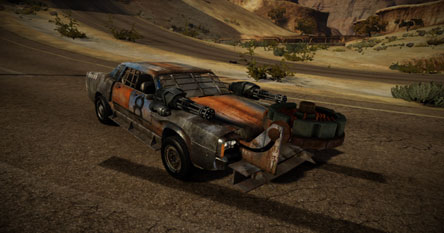 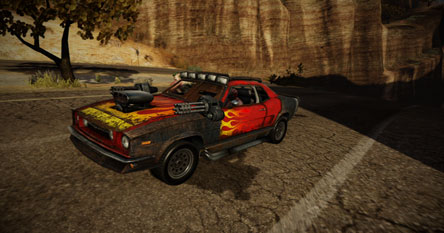 Roadkill: Mine-dropping muscle car. With a vendetta since the ’60s. 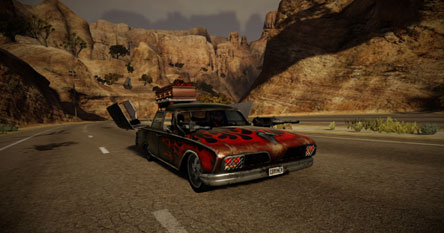 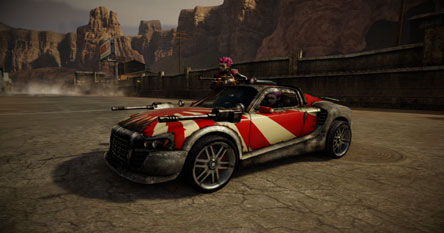 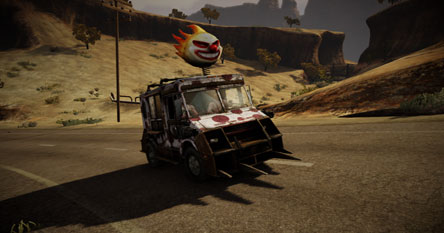 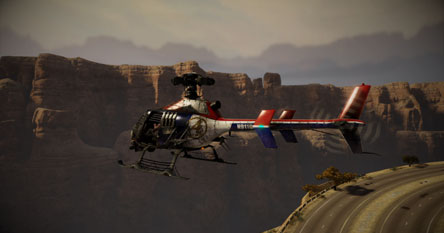 Talon: Once a news helicopter, now an in-flight massacre machine. 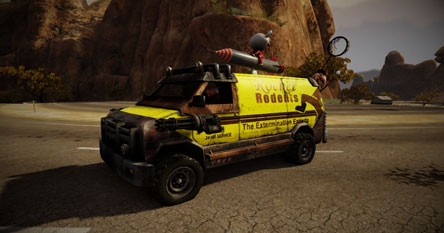 Vermin: Every enemy is a dirty rodent ready for utter extermination. 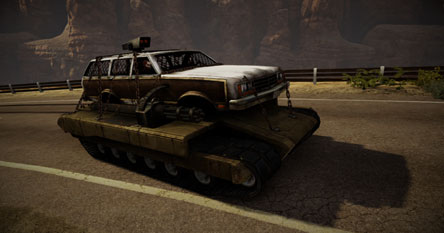