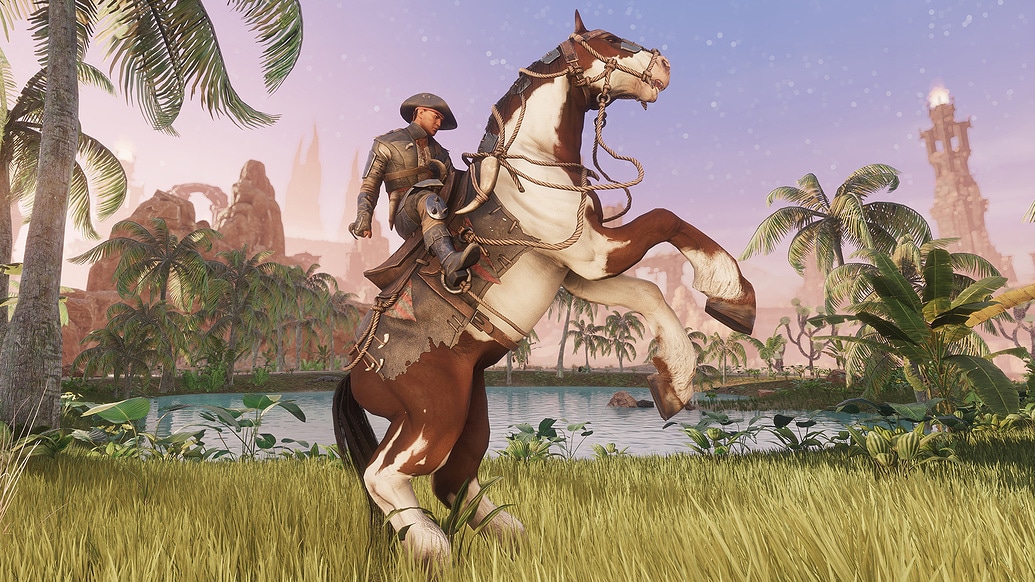 We’re incredibly excited to finally release patch 2.4.6. It focuses on addressing many reported issues, such as nudity being non-functional and Twitch drops not available in-game, as well as adding some really cool stuff! We’ve been monitoring performance issues after patch 2.4.4 and we’re releasing performance and stability fixes ahead of a general quality pass scheduled for a future update.

This patch comes with all the rewards unlocked during the Free Week community event. You absolutely slayed it and unlocked a full new armor set and a mount saddle. Good job! You can read more about these rewards in our blog post 47.

Single player character transfers are still not enabled on this patch for PS4, but they will be coming in a future update. We are working on making this feature