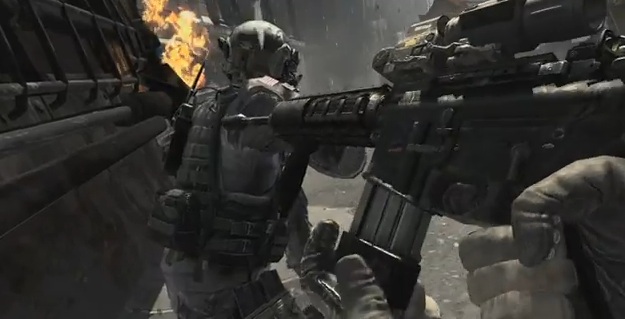 During the pre-show to the multiplayer reveal ceremony at the Call of Duty XP event in Los Angeles, CA., Major Nelson made an interesting announcement.

He stated that the 6,000 fans attending the event will receive a code in their limited editions of Modern Warfare 3 that they can use to digitally download the game on Xbox Live the moment it is released on November 8th. None of these editions included the actual retail discs inside for obvious reasons (the game hasn’t gone gold yet).

The question we have is whether or not this digital copy is only available to attendees of CoD XP. Will the rest of the worldwide PS3 and Xbox Call of Duty fans also be able to download the game on day one as well? Or, will the rest of us have access to it on a later date, as with other CoD games that became available to download later? Speaking of which, many of these CoD titles have had a recent price drop on Xbox Live and PSN. Also, will traditional retailers try to put a block on this since they could lose substantial business? Activision could possibly make an extra $15 per copy if they were to sell them all digitally.

What do you think? Would you prefer to download MW3 the day it releases, or buy a hard copy?

Let us know in the comments below.