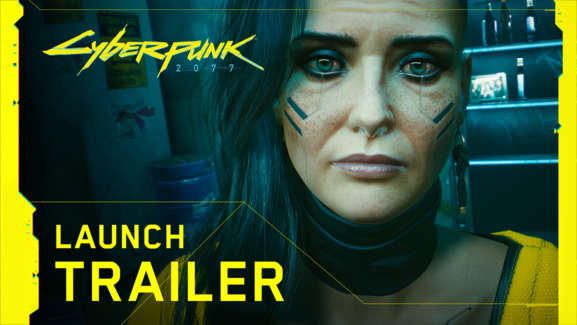 In just a few days, CD Projekt RED’s next massive title, Cyberpunk 2077, will be out and ready to eat up your time during the holidays. To let people know of this momentous occasion, the Cyberpunk 2077 launch trailer has been released!

Would you rather live in peace as Mr. Nobody… or go down for all times in a blaze of glory?

Cyberpunk 2077, an open-world, action-adventure story from CD PROJEKT RED, is coming to Xbox One, PlayStation 4, PC, and Google Stadia on December 10th, 2020. The game will also be playable on Xbox Series X and PlayStation 5 consoles when available.

About the game:
Cyberpunk 2077 is an open-world, action-adventure story set in Night City, a megalopolis obsessed with power, glamour and body modification. You play as V, a mercenary outlaw going after a one-of-a-kind implant that is the key to immortality. You can customize your character’s cyberware, skillset and playstyle, and explore a vast city where the choices you make shape the story and the world around you.

Don’t forget to check out the Cyberpunk 2077 Trophies list here to see what kind of tasks you need to complete before fully completing the game. PC reviews of the game are also out, which you can check out here.