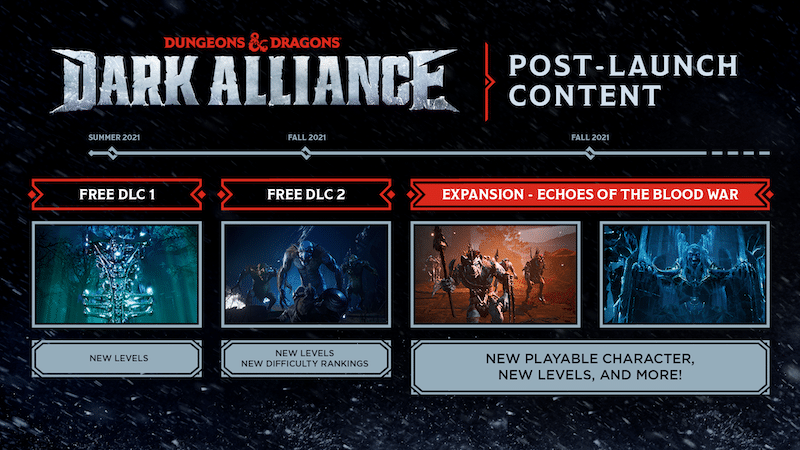 Dungeons & Dragons: Dark Alliance, the upcoming role-playing game by Tuque Games has released new post-launch  content plans, along with a new gameplay trailer that’s filled with the excitement and adventure expected of the world of D&D.

The plans indicate the first DLC to come this summer with a two-player, split-screen couch co-op as well as new levels. The second DLC will be coming in fall with Echoes of the Blood War with new characters and new levels to be included.

The gameplay trailer is voiced by one-half of the Flight of the Conchords, Jermaine Clement, as he narrates what’s to come in Dark Alliance as it is set in the unforgiving cold land of Icewind Dale.

the hilarious new trailer introduces players to the story behind and heroes from the heart-pounding, kill-everything-that-moves action-brawler with co-op.