For those who enjoy playing as the classic ‘ninjas’ of the Mortal Kombat franchise like Scorpion and Sub-Zero but miss those retro costumes, here’s some good news for you.

Recently data mined files for Mortal Kombat X has revealed that Sub-Zero quite possibly won’t be the only ninja who will get to wear their memorable retro costume in MKX. The latest patch, which you can read more about here, appears to have added files mentioning that Ermac, Scorpion and Reptile will all be receiving an unannounced skin in the near future.

These have a high possibility of being klassic versions of themselves that could be added to the game when a new compatibility patch hits before a new DLC character is released. This was the case for DLC characters for Mortal Kombat 9, in which said costumes were made available at no extra charge. It looks to be the case that Sub-Zero’s ‘Klassic’ costume was made free with the Jason Voorhees patch in MKX.

Additionally, with Jason Voorhees’ release right around the corner, his variations have been quietly revealed thanks to the latest in-game kombat card borders which states they will be:

If you also happen to be lucky, Jason has been magically showing on the character select screen recently with what appears to be a silhouette of Tanya: 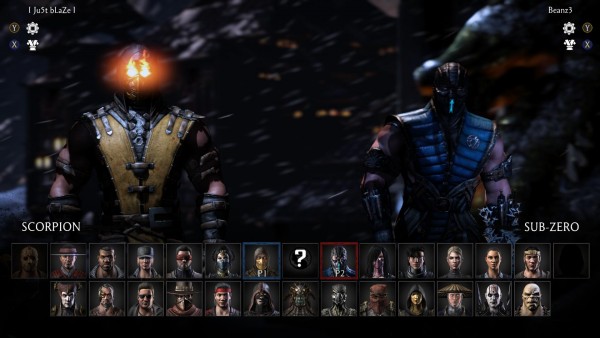 Mortal Kombat X is available for the PC, PlayStation 4, and Xbox One.