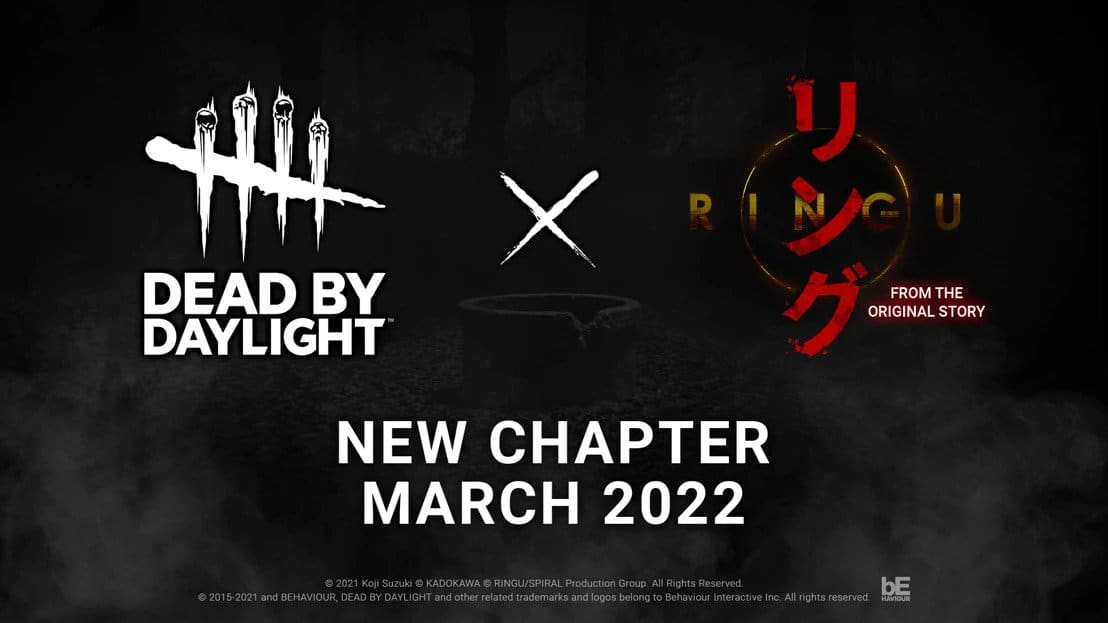 Behaviour Interactive has announced the Dead by Daylight new chapter, and it’s none other than a collaboration with the Ringu horror film franchise (The Ring)! Dead by Daylight Chapter 23 is set to be released this March 2022, and there’s a new trailer to give players a sneak peek at what’s coming down the road for the hit horror multiplayer game.

A haunting piece of horror history is joining Dead by Daylight’s expansive roster.

Ringu is coming to The Fog with a new Chapter inspired by Kōji Suzuki’s novel and the original acclaimed film adaptation.

You’ll have a little longer than seven days to hone those skills, so be sure to dive back into Dead by Daylight in preparation for Chapter 23 in March 2022.

A masterpiece of horror history is joining Dead by Daylight’s expansive roster in March as Behaviour InteractiveTM teams up with famed Japanese entertainment editor and publisher Kadokawa to integrate its cult franchise Ringu in the world of the hit horror game. Ringu introduced images that have long haunted fans, fuelling the nightmares of audiences across the globe. This new Chapter inspired by Kōji Suzuki’s novel and the original acclaimed film adaptation will open the door for endless thrills and countless gameplay possibilities as it merges the eerie and melancholic world of the psychological horror masterwork with the twisted fantasy of Dead by Daylight.

More gameplay details will be shared at a later date regarding Dead by Daylight Chapter 23, and once we know more, we’ll be sure to let our readers know.