Before that though, head on below for the Dead by Daylight PTB 4.6.0 patch notes (which aren’t final that will be released for players).

There are more changes incoming such as colorblind settings: 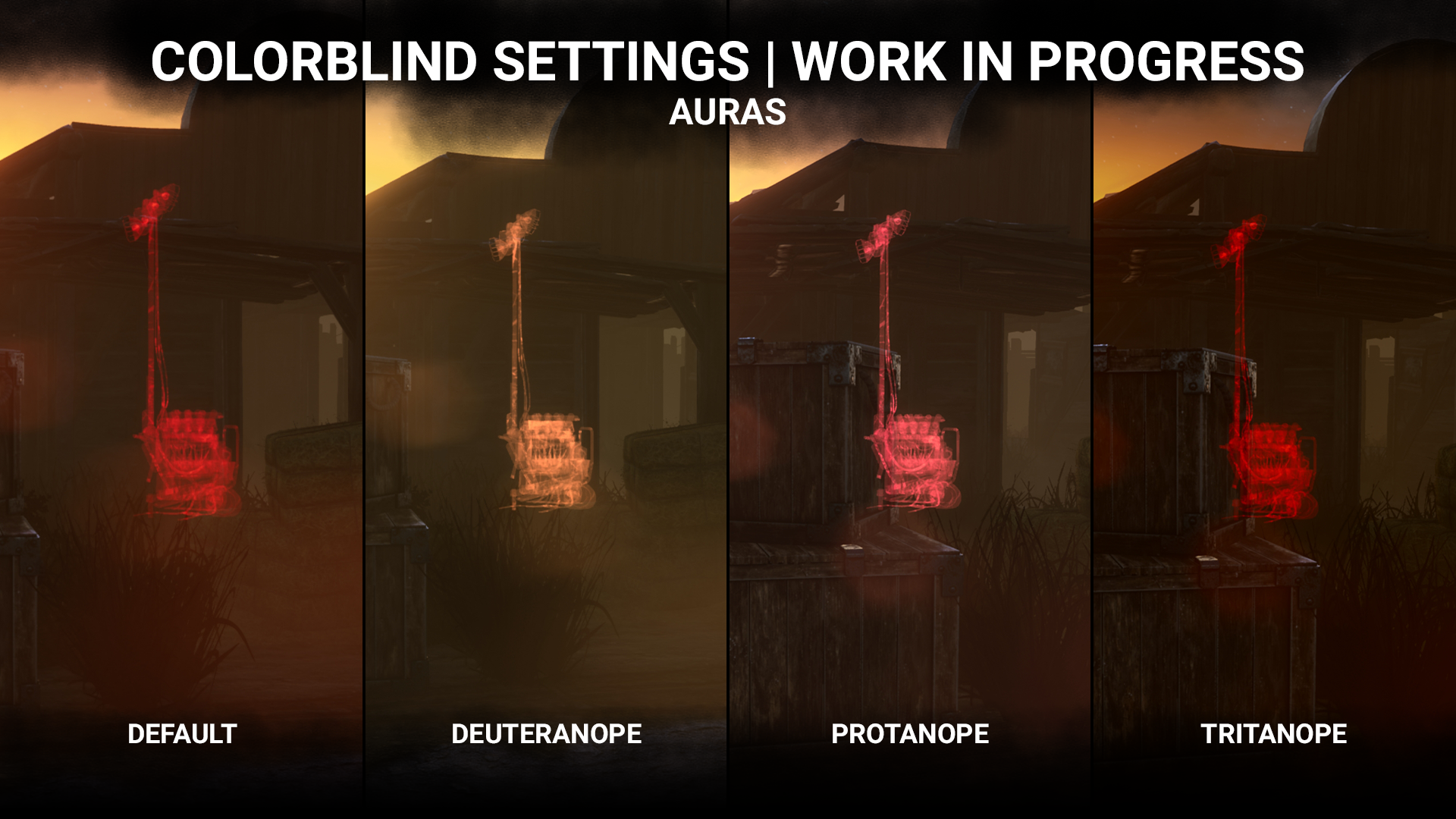 With this Chapter release, we are adding colorblind modes to Dead by Daylight. You can find new settings in-game to switch between default, deuteranope, protanope, and tritanope modes. These settings subtly adjust colors to make them easier to see for some players. Colorblind modes are our first step in increasing the accessibility of the game.

We have also added a chat filter to the game. This filter will act as an additional line of defense ensuring that you don’t need to see inappropriate messages in the first place. Our support team will continue reviewing chat reports as we have done in the past to make sure that players who are breaking the rules are punished accordingly. Although offensive terms will be filtered for you, our team has access to uncensored chat logs, and we encourage you to continue reporting any messages you feel may have been inappropriate.

For the rest of the planned changes for this Dead b Daylight next chapter and beyond, head on here.

For more details on both colorblind modes and the chat filter, check out this article: https://deadbydaylight.com/en/news/trb-midway-update

As for info from the new Killer and Survivor, here’s the info that’s available in the PTB right now (via Dead by Daylight fandom wiki):

. After achieving Level 30, Teachable versions of these Perks can be found:

Once obtained, other Killers will be able to find The Trickster’s Perks in their respective Bloodwebs from that point onwards.

A customised aluminium bat with a sharp edge and an iconic grip.

SHOWSTOPPER:
Start the Trial with 60 Blades.
Press and hold the Power button to wind up and enter the Throw State.

Laceration Meter:
A Survivor’s Laceration Meter increases each time they are hit by a Blade.
Once the meter is filled (8 Blade Hits), they lose a Health State

, putting them either into the Injured

A Survivor’s Laceration Meter will gradually decrease if they have not been hit by a Blade for a short time.
Hitting a Survivor with a Basic Attack will partially deplete their Laceration Meter.

SPECIAL ATTACK: Main Event
Each Blade Hit also fills the Event Meter.
Once full, Main Event can be activated by pressing the Ability button.
In this mode, The Trickster temporarily unleashes his full potential.

Wielding an unlimited number of Blades, his Throw rate is significantly increases and his Movement speed does not slow while in the Throw State.

For the lore and more details on the upcoming Killer, head on over here.

. After achieving Level 30, Teachable versions of these Perks can be found:

Once obtained, other Survivors will be able to find Survivor’s Perks in their respective Bloodwebs from that point onwards.

You can read up on Yun-Jin Lee’s lore right here.

Once this title update is out, we’ll let our readers know.