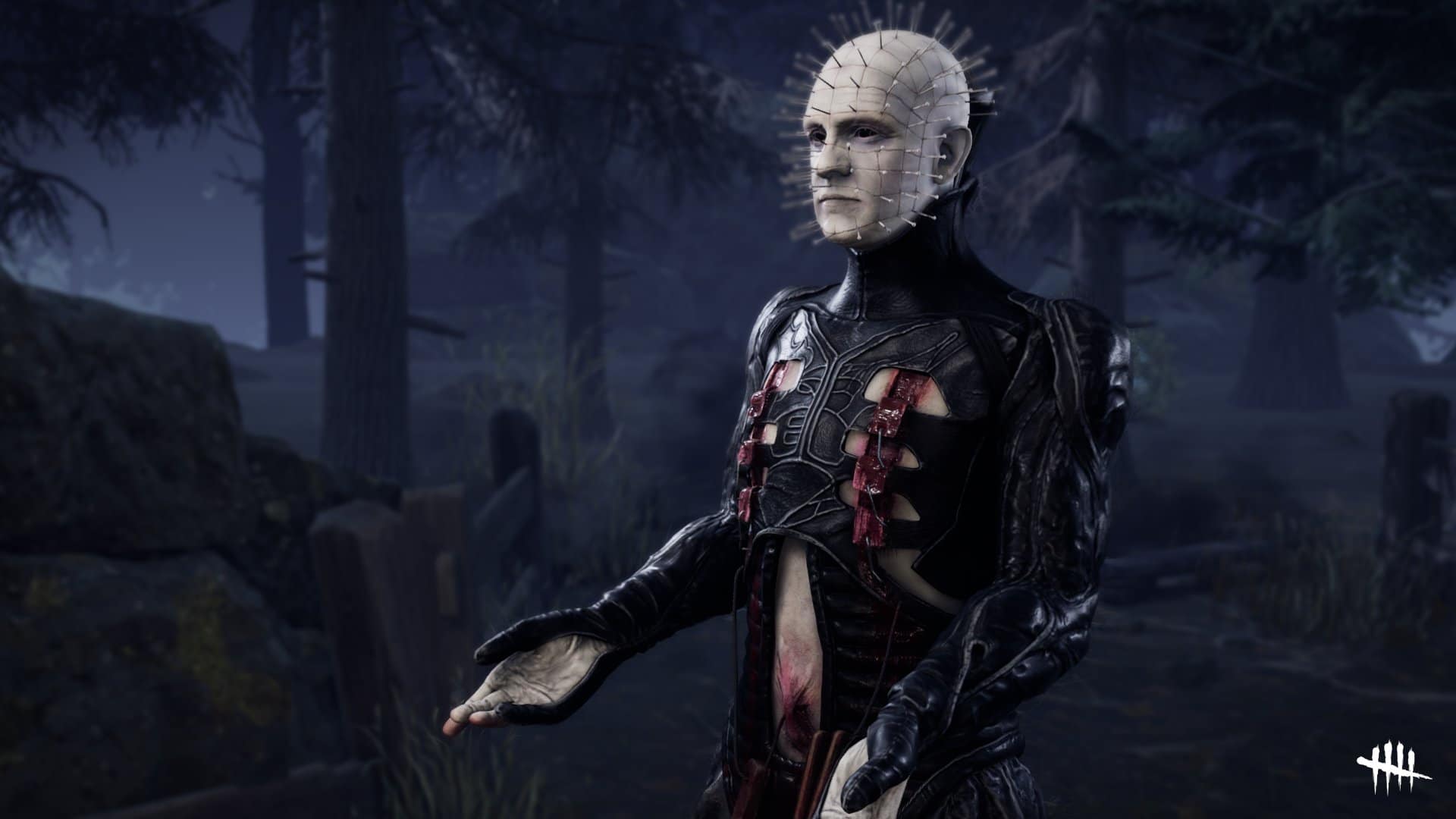 If you’re a fan of Clive Barker’s British horror then it’s a good time to be a gamer, as Dead by Daylight welcomes Pinhead from the Hellraiser series — bringing another familiar horror icon into the multiplayer horror game!

Check out the reveal trailer as presented by the Dead by Daylight team!

Along with the short introductions comes a little overview for Pinhead’s inclusion into the game universe.

Pleasure and pain and hooks and chains. Pinhead awaits…

The Hellraiser Chapter is coming soon to Dead by Daylight. It includes a new Killer, Pinhead. Demon to some, angel to others, Pinhead seeks to unleash the limitless thrill of pleasure and pain upon any who cross his path.

Prepare for Pinhead’s arrival by sharpening your skills in Dead by Daylight today!

First appearing in Clive Barker’s 1987 horror film Hellraiser, Pinhead is the leader of the Cenobites — humans who were transformed into demonic creatures that exist in an extra-dimensional plane that is Hell or many other versions of it. The character has become a recognizable figure in the horror genre, and his inclusion into Dead by Daylight is no surprise at all.

Dead by Daylight is available right now for PC and consoles.