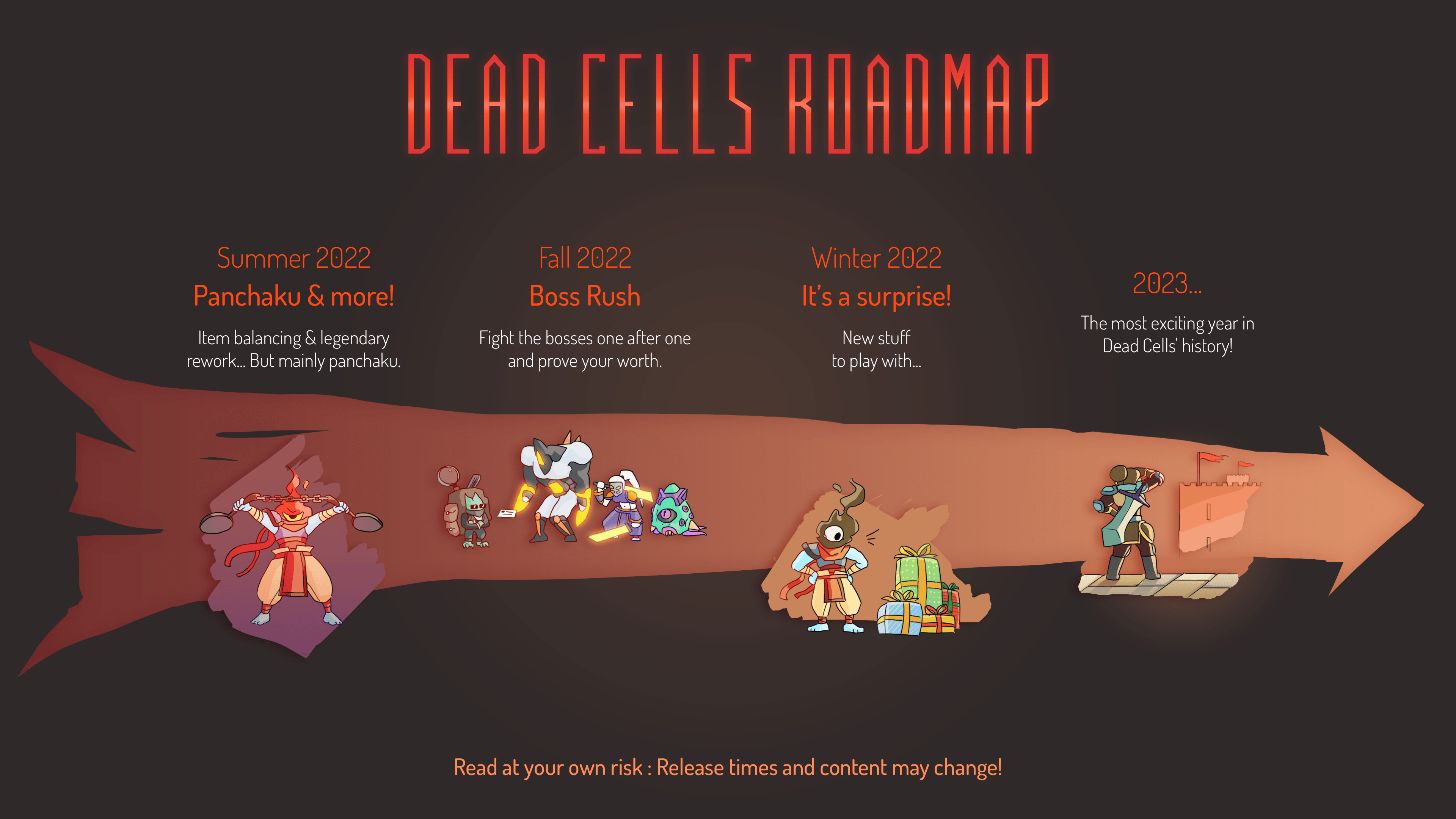 Motion Twin has finally revealed the Dead Cells 2022 roadmap, complete with what to expect and when. The studio has also revealed some details regarding what to expect from the game in 2023.

We’ll be adding the long awaited panchaku and a new flame head outfit based on our beloved animated trailers, a ton of rebalancing on weapons & items, reworking the legendaries system to make it more intuitive & interesting, a Soul Knight weapon & outfit and you’ll be able to pet the pets.

Following that update we’ll be adding a Boss Rush area! The basic idea here is to let you fight all the bosses you’ve met so far, one after the other, with unlockables to win as you progress.
There should be a few different ‘modes’ in the Boss Rush to expand the challenge beyond that central idea and we’ll potentially be adding a scoreboard to add a bit of friendly competition.
Again just a reminder that this is all TBD so, for your sanity and ours, don’t take anything said here as set in stone.

The official roadmap also reveals that there will be another update coming before Christmas 2022, however, the plans for these updates are under wraps and players will have to wait a bit longer to know what it will entail. As for what’s coming in the next title update, the studio listed an extensive changelog regarding  rebalancing, legendar rework and more, which you can read about here.

The studio also reveals that 2023 will only bring more content to the game. Motion Twin plans on launching the full 1.0 game sometime next year.

The studio also promises that these dates are their best estimations for what they have planned for Dead Cells. However, they also warn the fans that there are no guarantees in game development and that the schedule shouldn’t be treated as “gospel truth” (their words not ours).

Once the next title update is out, we’ll be sure to let our readers know.