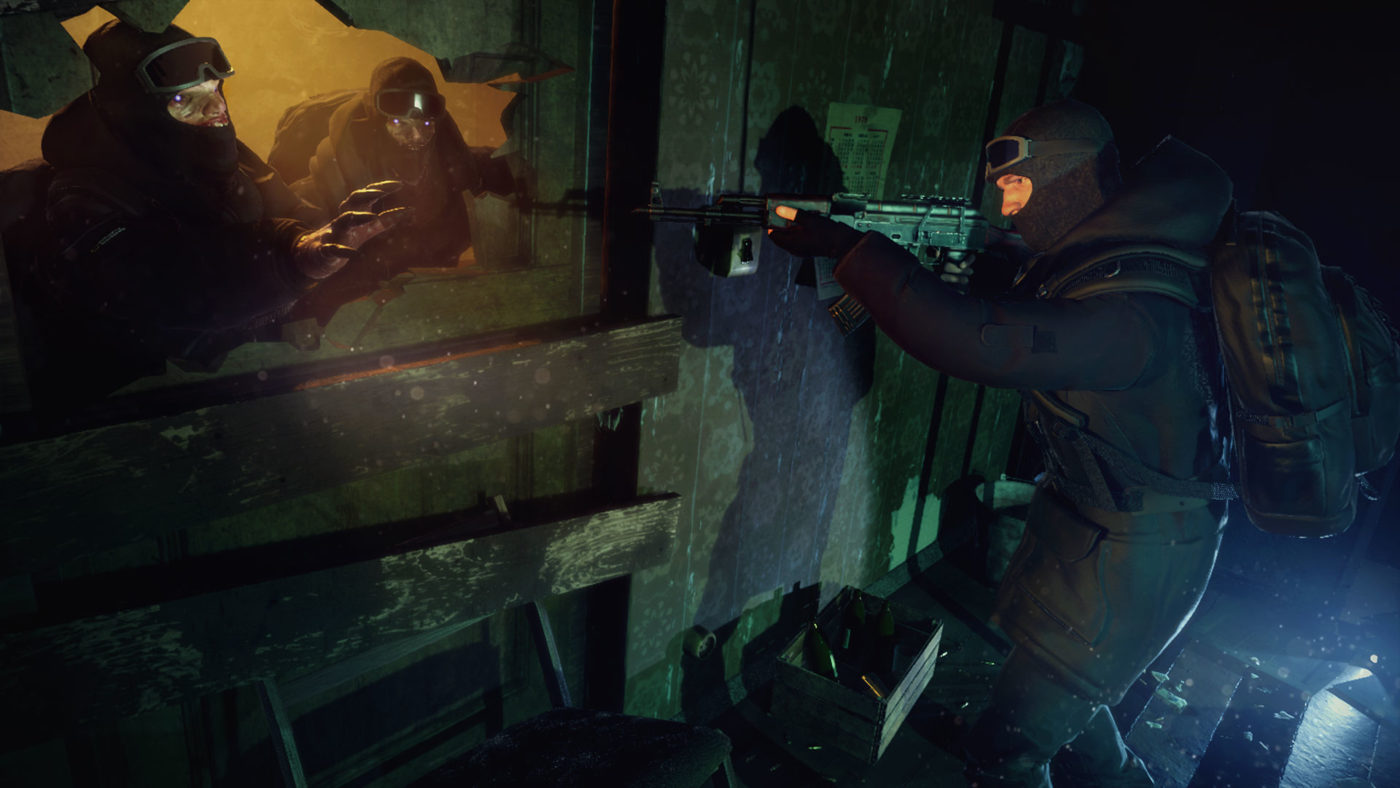 Developer Fntastic has announced that it’s focusing on a new project called Dead Dozen. The upcoming horror game has survivors facing off against ghouls.

DEAD DOZEN is a Multiplayer Action Horror Game where you turn into a ghoul after your death as a human. Loot, barricade and cooperate when you play as a Survivor or infiltrate, infect and eat your former human friends when you play as a Ghoul.

Dead Dozen is a 12-player based game. From what we can gather, one player will start off as a ghoul with 11 survivors. Slowly, one by one, players will fall victim, resulting in one survivor battling it out against 11 ghouls.

The aim of the game is to “no matter what, try to stay alive.” Playing as a survivor will give you free rein to collect loot, such as weapons, ammo and certain items to help defeat the ghouls. While in this mode, you’ll be able to obstruct doorways and other means of access to prevent Ghouls from reaching you.

While playing as a Ghoul, you aim to spread the infection and create terror among the survivors. Destroying “brittle walls” and other restrictions will get you one step closer to contaminating those around you.

Dead Dozen‘s upcoming alpha will release with a “core game loop,” and one multiplayer map.

The developers are planning to reveal a gameplay trailer this December, according to a forum post. The game is set to release January 8, 2018 in its alpha state.

You can purchase the First Infected Edition for $14.99 until November 30, or the Limited Supreme Edition for $39.99.

Fntastic has also announced that they sold their previous project, The Wild Eight, to publisher HypeTrain Digital due to some “internal conflict”:

This decision was very hard for us, because our team was hoping to always evolve the game. The Wild Eight is our debut project, it brought us first success and valuable experience. But nevertheless, because of internal conflict with partners within the company, we had to sell the project to the publisher, who is now successfully supporting the project. We will always love The Wild Eight, it’s in our hearts.

What do you think to this approaching horror game? Let us know below.