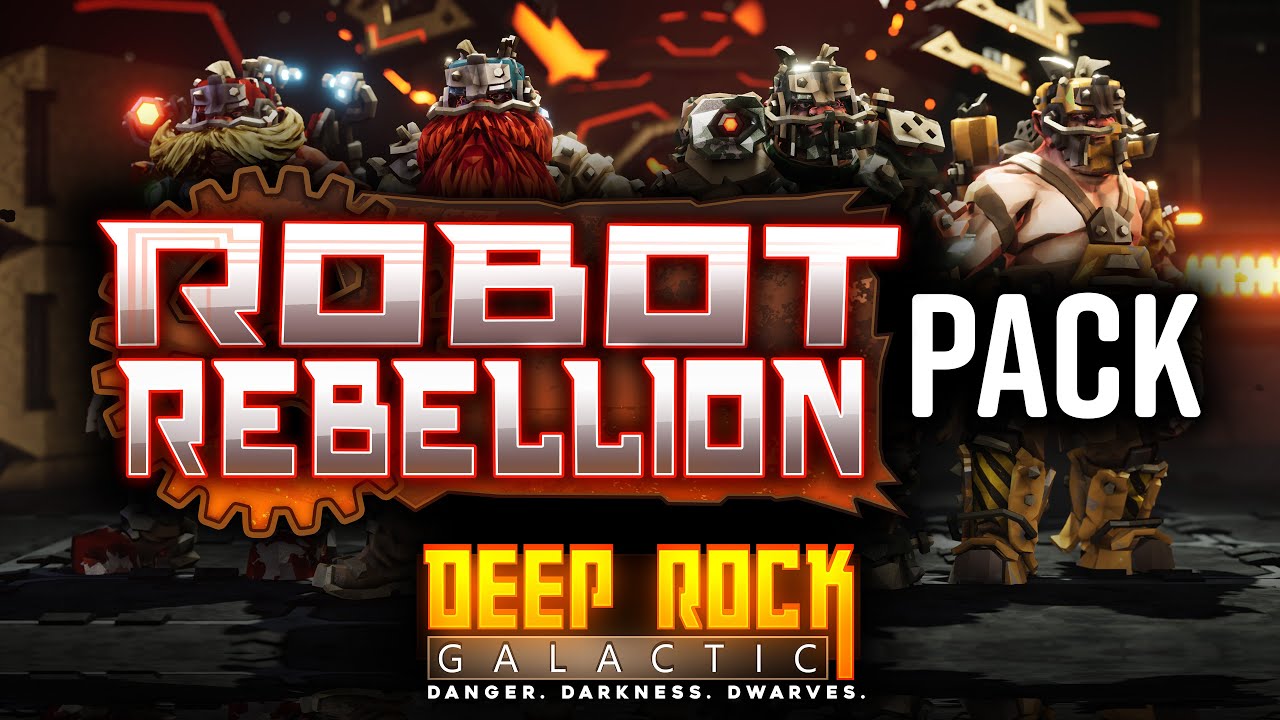 While Ghost Ship Games is starting The Great Egg Hunt event in Deep Rock Galactic tomorrow, the content flow isn’t stopping there. The studio announced the Deep Rock Galactic Season 2 DLC release date for both PC and consoles, as well as the new cosmetics coming to the game.

Deep Rock Galactic Season 2 starts April 28 on PC (via Steam), and May 5 on consoles (Windows Store)! Check out the Robot Rebellion Pack DLC trailer below.

As in, we rebel against the Robots of the dreaded Rivals – but in style! Spice up your look with four new sets of unique armor (one per class), new helmets, and new Paintjobs. The Robot Rebellion Pack – crudely cobbled together during those long nights spent on the Space Rig waiting for the next engagement. The opposite of chic, perhaps, but eminently usable.

Important note: The contents of this Pack are cosmetic only!

oh, and in case you noticed, the teaser for the DLC shown Friday on 1ST OF APRIL of a silly medical gown was just an April’s Fool 🙂

The DLC will be available on the same date as the launch of Season 02:
Steam: April 28th
Xbox/PlayStation: May 5th

Season 02 will also have a completely new Performance Pass with an even bigger Cosmetic Tree than before and, according to the artists, even cooler cosmetics.

With an April 28th/May 5t release for Season 02 you still have some time to complete the Season 01 Performance Pass. And any items you miss out on will be go into the game to be obtained though Cargo Crates, Lost Packs, Cosmetic Matrix Cores, and the Shop. No FOMO!

More Season 2 info straight from the devs (via Steam):

Season 02 – Rival Escalation will begin end of April on Steam, and a week later on Consoles. We have already shown you the new secondary weapons you can enjoy once the Season starts. So whether you are into disintegrating your enemies, cooking them alive from the inside, hiding behind walls to kill them, or just turning them into pincushions, this season has something for you.

Once the patch is out, we’ll be sure to let our readers know what’s in it.

The Long Dark Update 2.00 Patch Notes; Huge List of Fies Out This April 6