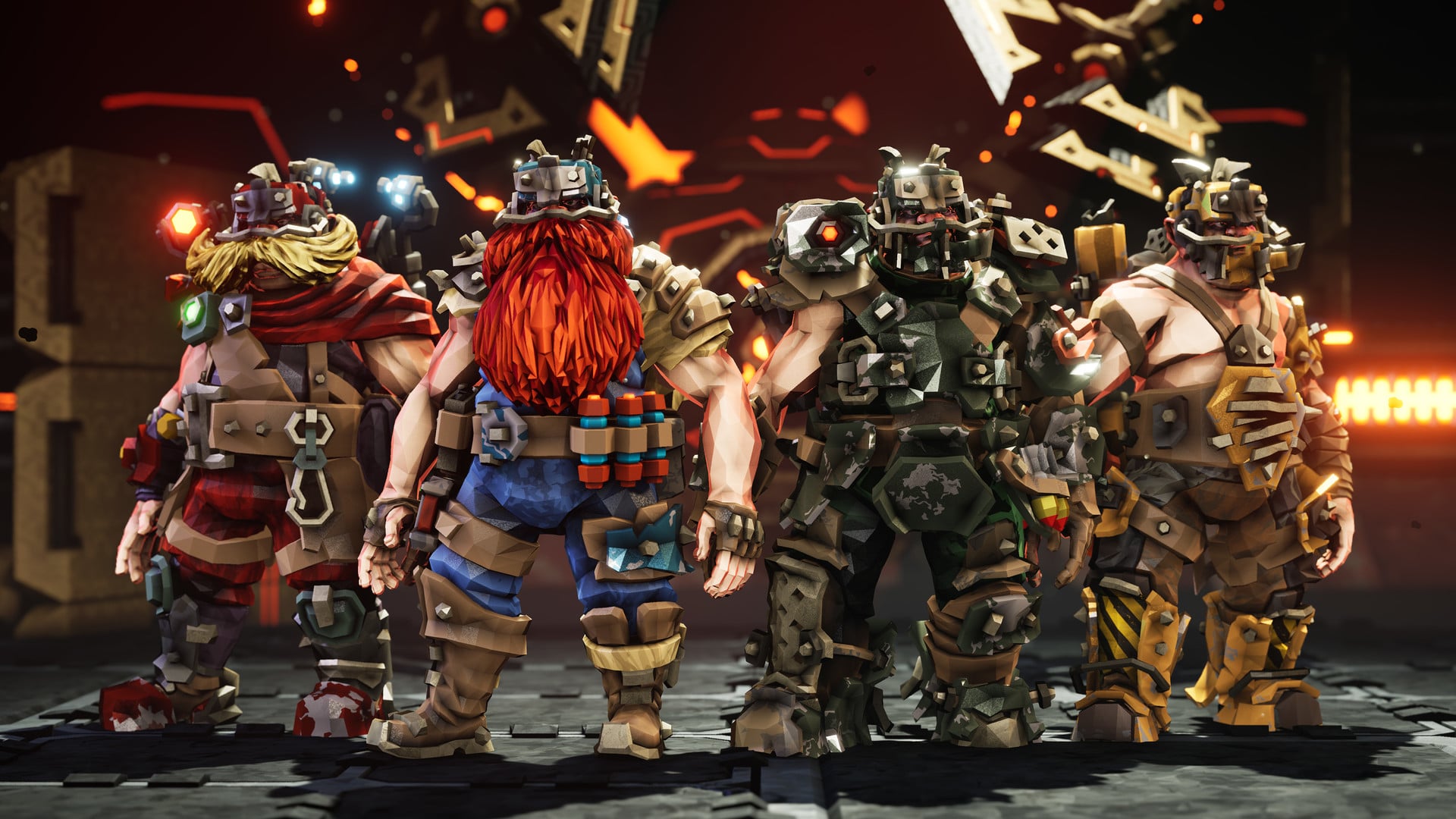 Our scanners have picked up a massive amount of fixes coming your way. Stand clear!

With Love,
The Ghost Ship Crew

— PATCH NOTES —
– Fixed the X-80s Chemical Explosion sometimes doing double damage.
– Fixed bolts colliding with each other
– Fixed bolt hits not registering on Higher Pings (Possibly only for Bodkin)
– Reduced the amount of Pheromone Special Bolts.
– Goo and gas clouds are now easier to set on fire with nishanka’s fire bolt
– Made trail effects linger a bit for enemies leaving the Coilgun trail.
– Removed the Coilguns Re-Atomizer Overclocks ability to push Steve and elite enemy STEs.
– Reduced the duration that the Coilguns Re-Atomizer overclock gives to STEs with no set duration.
– Stopped rival enemy STEs from spreading with the Re-Atomizer OC
– Fixed re-atomizer being able to “store” temperature of last enemy shot on clients. Also made it copy at minimum the freezing/burning temperature rather than just the current temperature of the target hit. This should make it so that the spreading of freeze and fire is more consistent with expectations.
– Coilgun Defense Resistance bug fixed where it wouldn’t give the correct defense resistance bonus
– Coilgun Hellfire OC ammo penalty reduced. Introduced Trail Duration penalty.
– Removed friendly fire from the shockwave upgrade and aoe around the shot
– Fixed coilgun doing multiple unnecessary traces for each enemy it hit. Affects the mole OC doing unintended extra damage per enemy hit
-Tweaked the Weapon Framework: Builders Choice for the Cryo Cannon
– Fixed Dazzler Module for the Shard Diffractor affecting other players
– Fixed the animation on X-80 when born ready reloads the arrows swap
– Fixed a bug that resulted in other players getting stuck seeing (and hearing) clients Colette Wave Cooker as if it was firing
– Fixed Colette Wave Cooker freezes a burning Glyphid Brood Nexus back and forth
– Reduced the chance of multiple Nemeses spawning in a row and scaled it based on team size
– Fixed the spawn effects and sound for the Nemesis
– Extended the delay between when a Nemesis spawns and when it can attack giving players more time to relocate
– The Nemesis should now consistently die when set on fire
– Made the Nemesis a little less aggressive on low hazards
– Hovering Rival Presence warning at the mission map now correctly shows the biomes with the challenge
– Reduced the number of turrets spawning in the immediate vicinity of the Turret Controller to correlate to team size
– Reduced amount of rival warnings needed to complete a scrip challenge
Added red outline to the Turret Controller
– Fixed “E” not working correctly for reviving, building, or repairing during high ping.
– Fixed Picking up an item that goes to inventory while mining toggles to previous weapon
– Fixed that Arkenstout blizzard Sound FX continues to loop after breaking free of the ice.
– Fixed enemies who were supposed to die when on fire / frozen, not doing so if the last source was not from damage but from a heat source.
– Trying to fix dreadnoughts being inactive
– Fixed typo in Situation Briefing (Season Terminal)
– Fixed typo in Bestiary (Nemesis)
– Fixed typos in Trifork OC.
– Fixed a typo in Upgrade “eletric”
– Fixed two typos in the string “Hurry up! Droppod isn’t hanging around for ever!”
– Adjusted the max distance that Refinery and Point Extraction platform can be adjusted down into terrain. It has been significantly reduced to fix edge cases where they could end up 10m+ underground.
– [Point extraction] Events that should stop scripted waves from spawning now also prevents waves in point extraction
– Fixed a bug that caused the Data Deposit map marker to be in the wrong place
– Added pathfinder collision to the explosive barrels event
– Corrected the initial delay of point extractions drill spawning.
– Fixed issue where the lost pack can spawn inside non-destructible objects, making it unusable.
– Fixed a bug that caused the cursor icon to not grow/shrink correctly when hovering over UI buttons etc. – When using a controller
– Fixed a bug that caused a softlock when interacting with the Promotion Terminal – When using a controller
– Fixed a bug that made it so viewing more than one item in the cosmetics shop displays the wrong model for subsequent viewings
– Fixed text that didn’t fit into credits and some broken characters in Polish
– Made it so the in-game chat no longer can overflow into the HUD elements
– Updated credits list
– Fixed the chat text that was misaligned for players with the “Supporters” icon
– The class icons that appear when a teammate is marked with the Laser pointer now has color
– Fixed a crash that happened when loading saves
– Disabled collision of O2 canisters on drop pod when the warning isn’t active
– Fixed a bug that caused you to lose speed in Rich Atmosphere after getting slowed
– Fixed a bug that caused the Drop Pod drill to continue drilling after returning from a mission
– Fixed native modded blueprint spawning being inconsistent
– Tweaked the modding settings menu, to be able to open it correctly
– Fixed that the rival warning season challenge text – was showing the incorrect number of wins to complete
– Fixed the Spitball Infectors stiff neck that caused them to only turn their head to one side and not the other
– Fix for the players who completed the Heavy Duty assignment and were not awarded the Heavy Duty Fixer mining helmet – You should have it now – sorry for the wait <3
– Attempted fix for flickering textures on enemies
– Some small performance optimizations
– Some Audio optimization

That’s it for this major patch. Stay tuned here at MP1st for more updates to Deep Rock Galactic!