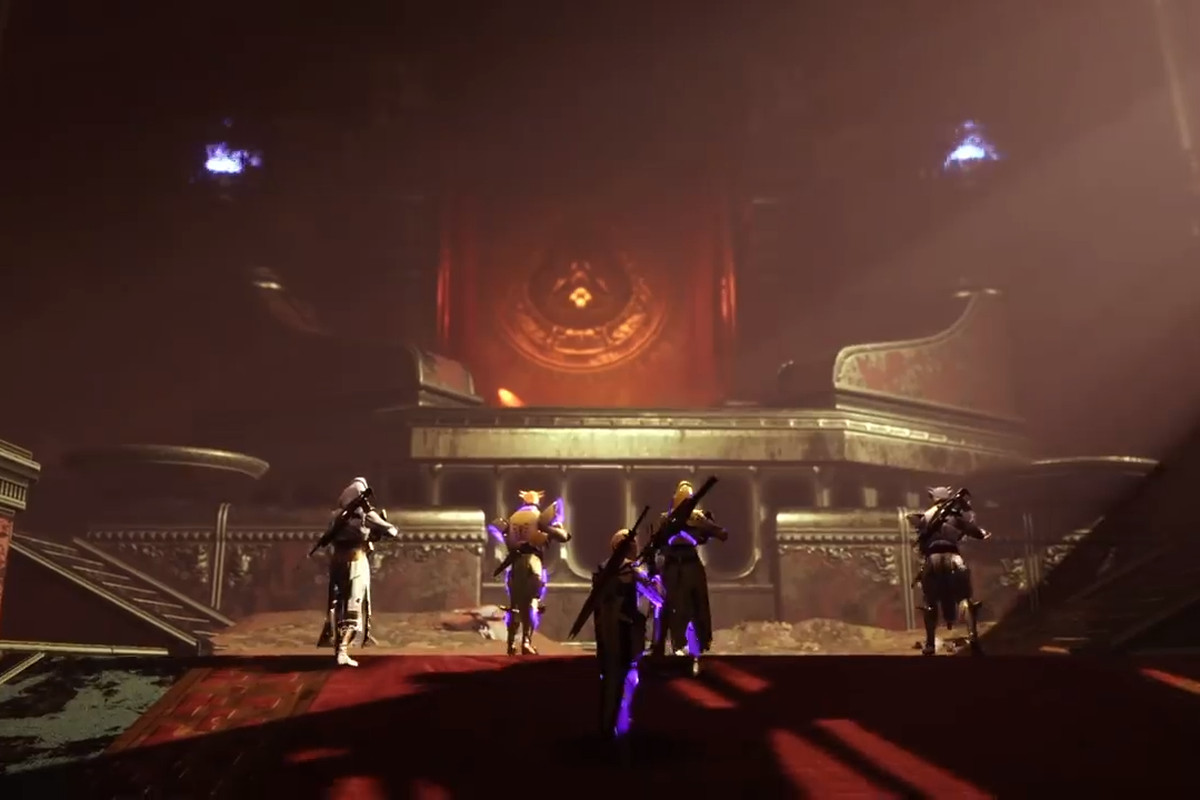 Additionally, people who own the Destiny 2 Annual Pass will receive their third extension of Destiny end-game content. Benedict-44 will await players in the Tower to launch the season with imperial summons, treasure hunts, and much more. Furthermore, owners of the Forsaken expansion will also be invited to explore the worlds of Destiny 2 in search of treasure.

Players will also be introduced to the Menagerie. This six-player matchmade activity will use Chalice of Opulence to create an offering of runes in exchange for the specific weapons and armor that they seek. Over time, Guardians will be able to upgrade the Chalice to acquire more plentiful and powerful rewards. 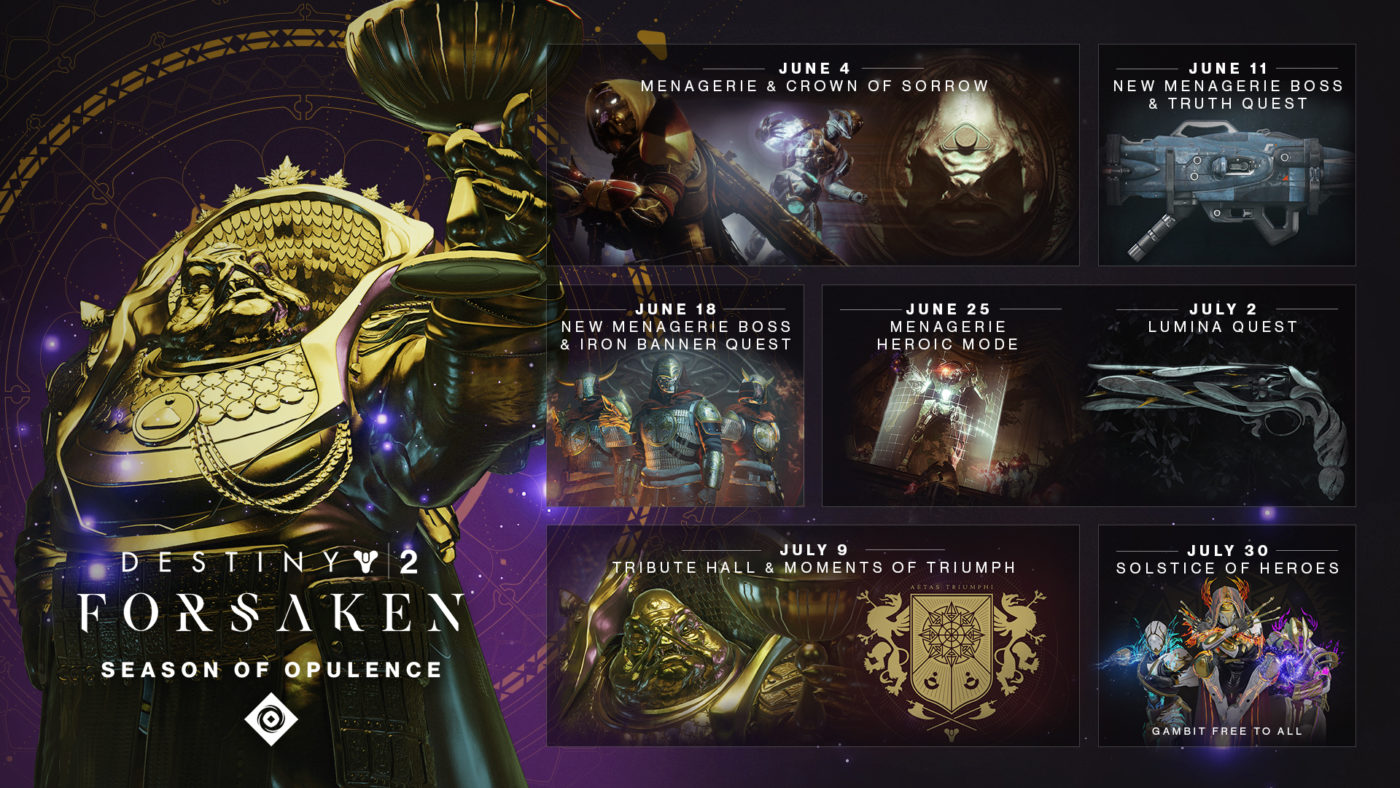 All the players who have completed the Forsaken campaign will be able to try the Menagerie once. Additionally, players will have access to the Imperial Summons quest which will grant Power Surge gear at 690 power to get a head start into the new season of content and missions.

According to Bungie, this also marks the final update for the Destiny 2: Forsaken gameplay calendar. The Forsaken Calendar shows all the content introduced leading up to the release of the Season of Opulence update. The Season of Opulence will run from June to August 2019. However, new content could be revealed during the event. As such, we’ll be on the lookout for new details as they are revealed in upcoming patches. 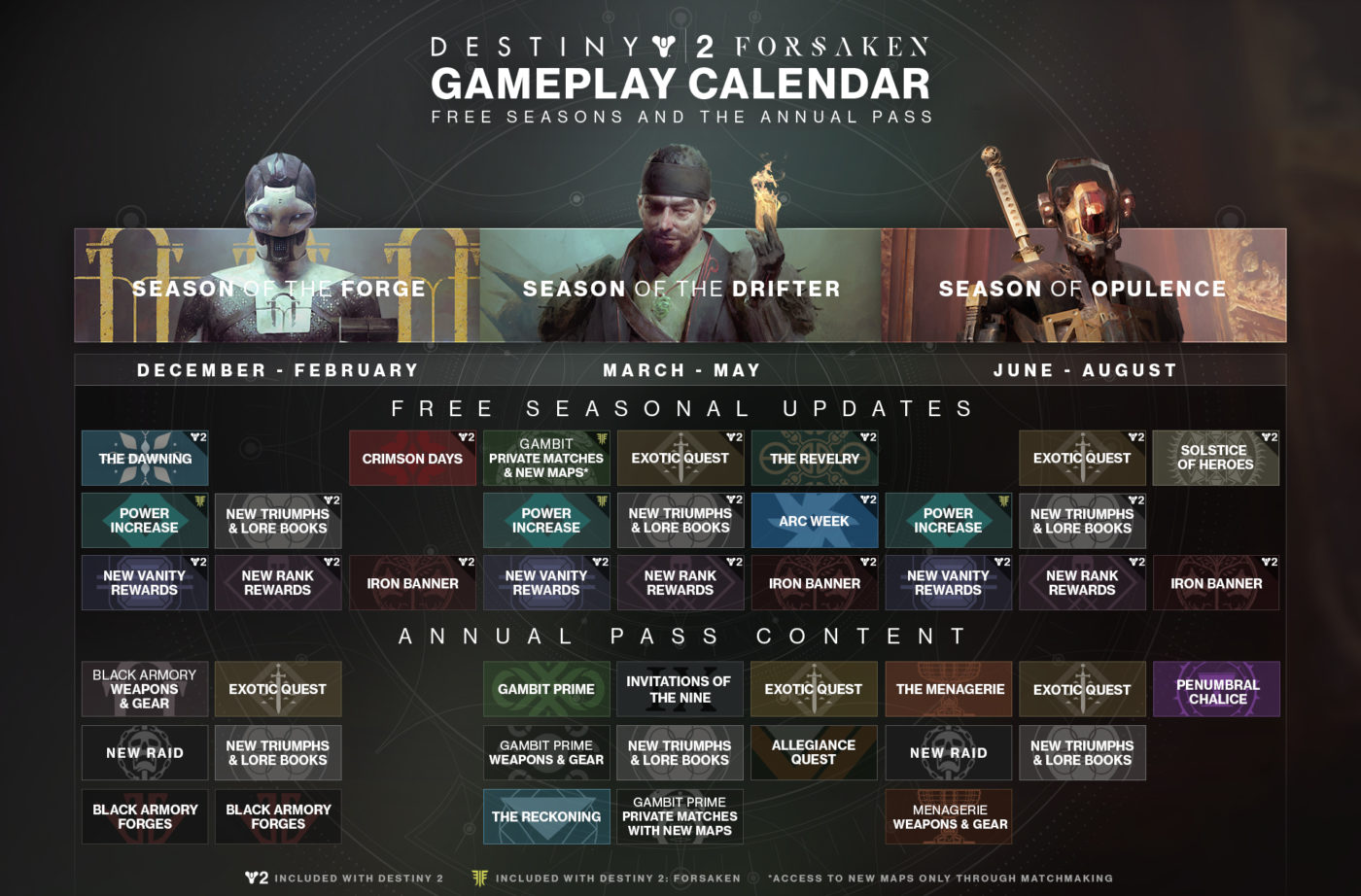 Super Smash Bros Ultimate Next Update Set for This Week, Here’s Some of the New Things Being Introduced

Battlefield 5 US and JP Factions Arrive in Secret, Firestorm Respawn System Being Worked On