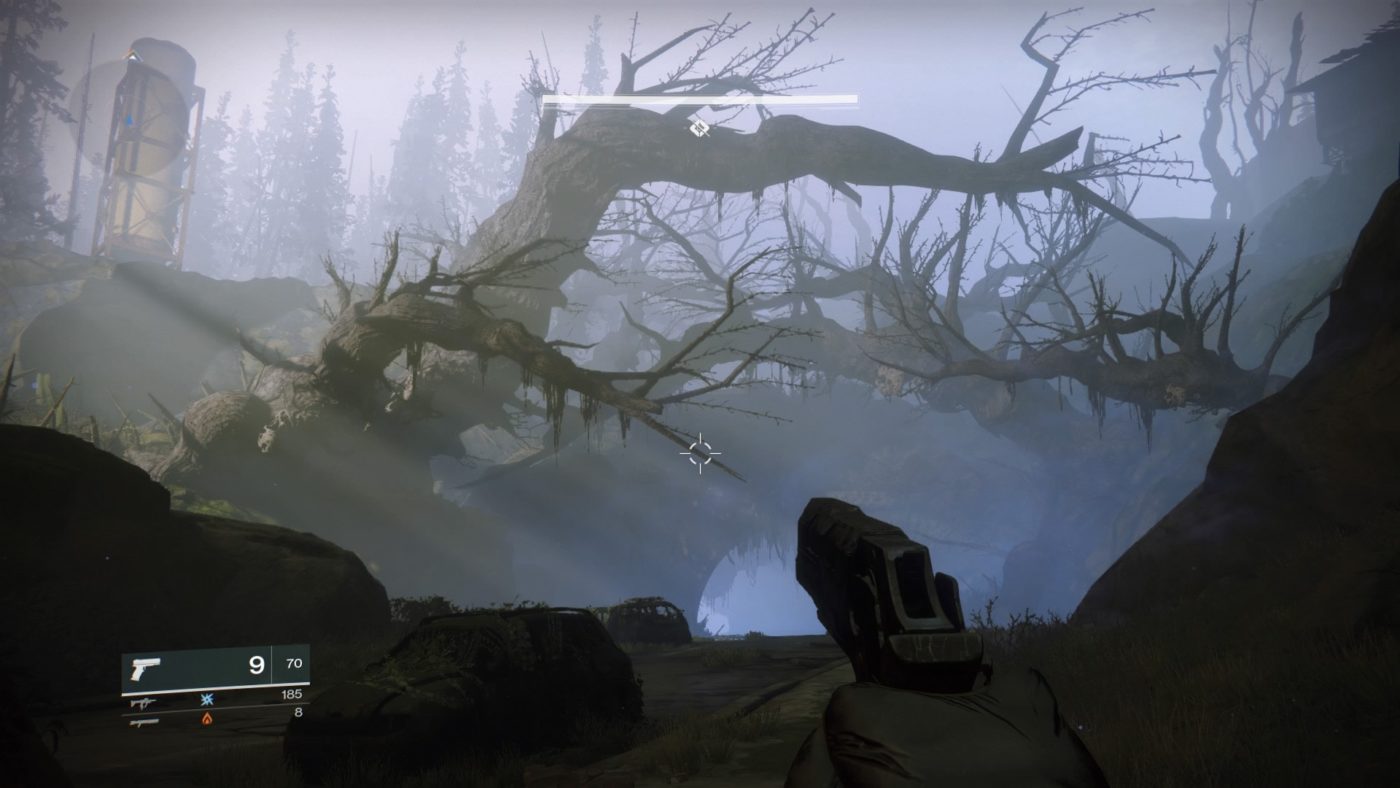 A couple hundred miles north of where I live are the Scottish Highlands. Located there is a large, deep, freshwater lake called Loch Ness. The myth goes that this loch is home to a sea monster, referred to as “Nessie” or “The Loch Ness Monster.”

Well, it seems that Destiny 2 has its own sea monster, but instead of freshwater, this creature has chosen a methane ocean as its home!

You can get a clear look at the monster’s silhouette in the following video by JB3:

For more on the Destiny 2 sea monster, I’d highly recommend giving this video by My Name is Byf a watch. He offers an explanation of what the creature could be, mixing lore and possible theories which make for a compelling watch.

What do you think of the Destiny 2 sea monster? Think it’ll pop up in some future content? Perhaps we’ll get to fight it in a future expansion!

In other Destiny 2 news, check out what Xur is selling this weekend. There’s also the Destiny 2 Iron Banner happening next week.

Destiny 2 Recovery Stat Is Super Useful, Here’s How Powerful It Is