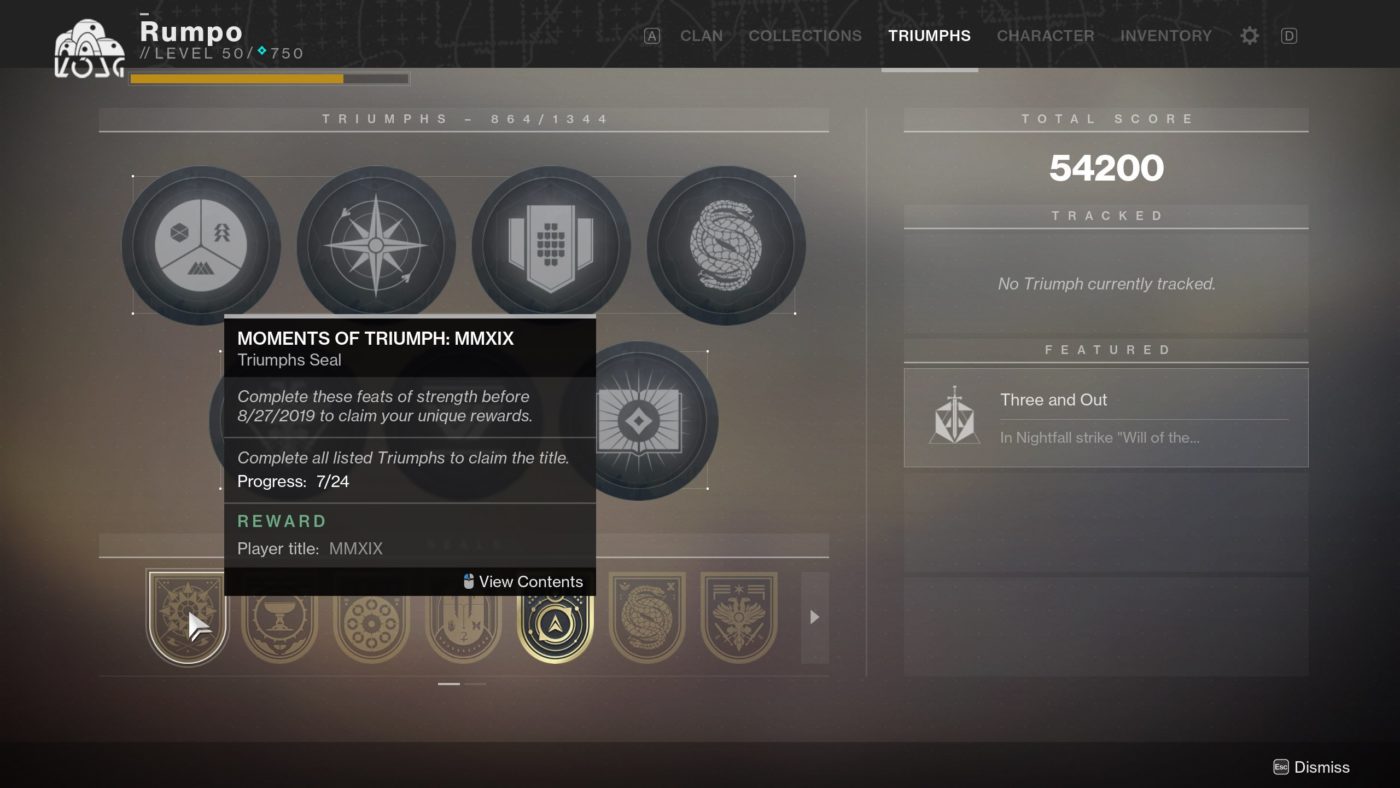 While Bungie has already talked about the Destiny Content Vault (DCV) and what will change in terms of activities, Bungie is explaining how the Destiny 2 Triumphs rework will be once November 10 rolls around.

Destiny Dev Team: Hello Destiny Community! We’re sure you’ve a ton of questions about Triumphs, particularity what happens to Triumphs once the content associated with them goes into the Destiny Content Vault. We’re updating how Triumphs will work going forward and want to walk you through how everything will look starting on November 10.
First, the goals!

What are we going to do?

(Sharp eyes will notice that we’ve moved Medals, Catalysts, and Lore off into their own sections, but more on that later.)

YOU KEEP SAYING ‘LEGACY TRIUMPHS.’ WHAT IS THAT?

WHAT ABOUT THE THINGS THAT CAN STILL BE EARNED AFTER NOVEMBER 10?

DOES THIS MEAN SOME SEALS MAY NO LONGER BE EARNABLE?

Yes. With a bunch of content going into the DCV, there are Seals and their corresponding Titles that will no longer be earnable when Beyond Light is released.

WHAT WERE YOU SAYING ABOUT MEDALS, CATALYSTS, AND LORE MOVING?

Also of note, Bungie has announced that the Iron Banner is returning next week! Here’s the schedule:

In other Destiny 2 news, don’t forget to check out today’s Trial of Osiris rewards! Bungie has also given us our first look at the Warlock Shadebinder and Titan Behemoth subclasses being introduced in Beyond Light.