It’s Tuesday, and that means another heaping of activities are live for players to complete in Destiny 2 are now live! The Destiny 2 weekly reset June 7, 2022 refresh of activities is now live along with the Eververse inventory of items for sale. Read on for the full info for this week.

Nightfall – The Ordeal: Warden of Nothing

Everyone on both teams has a Scorch Cannon. Be brave.

The other modifiers rotate daily, check out the Daily Reset Thread for them!

Following a lead from Fynch, search the dark corners of Savathûn’s throne world for another clue to how she stole the Light. 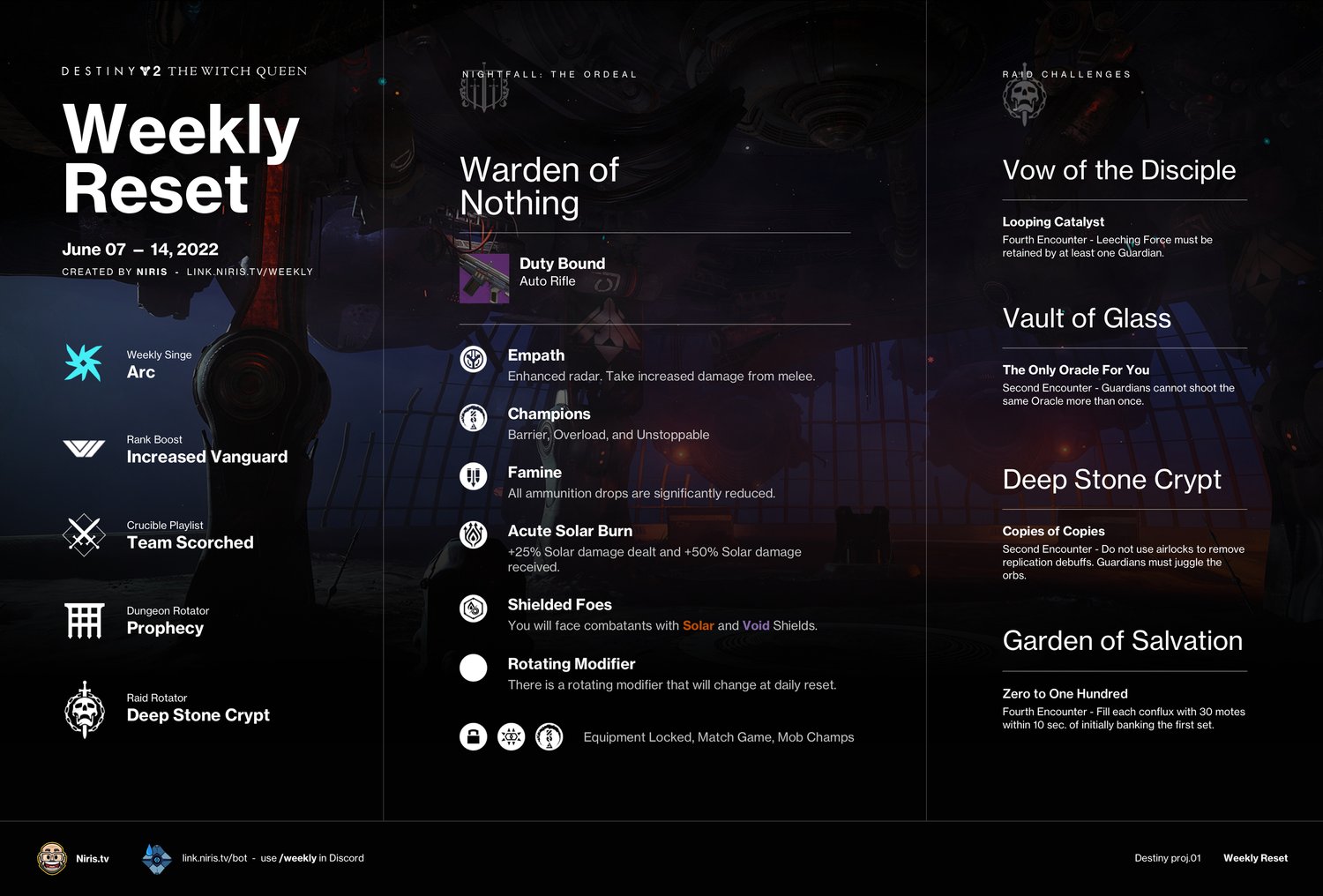 The text version from Reddit will be up soon, and we’ll update the post with it (since it does list the new Eververse items), so stay tuned!