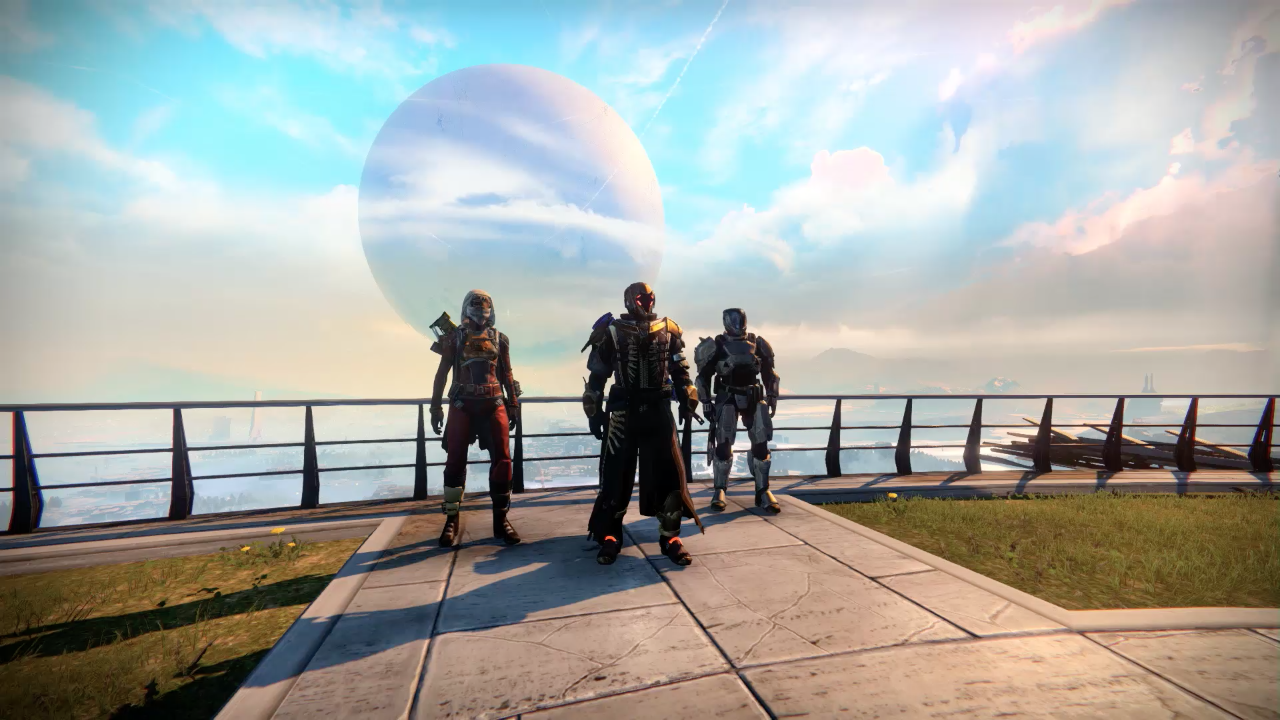 Bungie community manager David “DeeJ” Dague opens up the conversation with Destiny fans about in-game Factions, something that was alluded to in greater detail in this impressive fan-made trailer breakdown from earlier this week.

Over on Bungie’s weekly update, Dague answered what he could about Destiny’s multiple Factions, five of which were spotted in the video mentioned above.

“Do factions even exist?” fan ChuckieJ asked. “It’s weird that I bought a “New Monarchy” shirt two years ago and it’s still not confirmed that it actually exists.”

“Factions most certainly exist,” answered Dague. “Don’t use that shirt to spit shine your boots just yet. The real question is: Will you still love New Monarchy once you’ve had a taste of their politics? Perhaps you’ll start to develop an affinity for Dead Orbit and FWC as well. As a Guardian, you’ll be a free agent. You’ll decide whose bidding is worth doing, and you can be an equal opportunity killer.”

Dague dove deeper into the subject, talking about faction-specific gear and their involvement in Destiny’s competitive multiplayer. Check out the questions and answers below:

Q: “Can you tell us more about the factions?”

A: “You know what? We can. We should. It’s time to reveal a thing or two about the mysterious socio-political forces that shape the culture and history of the City. Now all we need is for one of you to ask a specific question about them.”

Q: “Will there be any faction-specific gear like weapons and armor?”

A: “Factions will reward you for your service to their cause in a number of ways. You just mentioned two of them.”

Q: “You said we will learn more about PvP at E3. Does this also mean we’ll get more information about the Factions, since they are integral to PvP lore?”

A: “Your assumption seems to root the factions in the competitive arena. In truth, each faction will have their own motivations for sending you into the wild on a variety of vital missions. They’re not just cheering sections for a competitive fracas. You’ll find their agents in their tower. You’ll discover their missions while you’re patrolling the wastes. You’ll detect their influence over other heroes of the City. Everything you do in the game will add to your understanding of the story and the world in which it takes place. Factions are colorful strands in that tapestry.”

Luckily, Factions won’t bar off friends and clans from being able to party up with each other, Dague explains.

Q: “Will my whole clan need to be in the same faction?”

A: “You’ll have a number of ways to express your solidarity with one faction or another – or all. One thing we do not want to do is give you a choice that would result in a barrier between you and your friends. Your clan is quite safe from the sectarian strife of the factions. Be excellent to each other.”

Bungie has confirmed that Destiny will be at E3 this year, so we’ll likely learn much more early June. Keep your eyes open.